Views 1270
Posted on:
Sunday, January 3rd 2016 at 5:15 pm
Written By:
Evaggelos Vallianatos
This article is copyrighted by GreenMedInfo LLC, 2016
Visit our Re-post guidelines 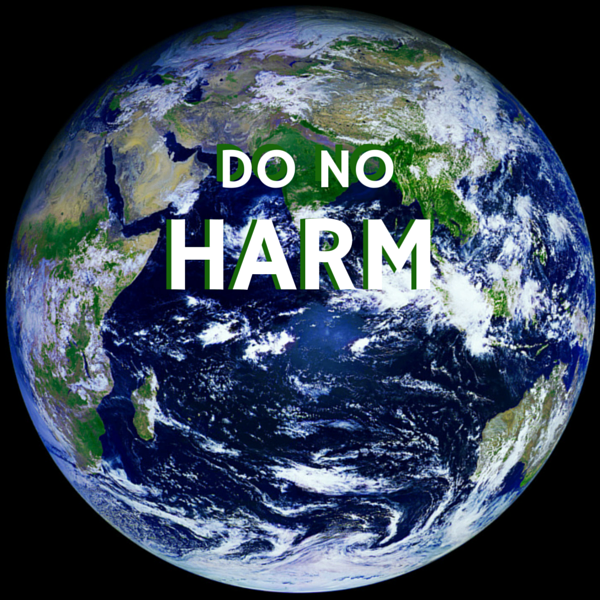 The year 2015 is gone and forgotten. The world is moving blindly into more diseases, more wars, more ecocides, mass extinction and, definitely, a warmer planet.

The Petroleum Climate Agreement in Paris

The UN conference in Paris about climate change (COP21) in the first two weeks of December 2015 was all about the power of big oil, coal, and natural gas. World leaders pretended they signed a pact of extraordinary significance. In fact, the Paris Agreement is a toothless wish list that left petroleum, coal and natural gas under the burning flames of their corporate and state owners. George Monbiot, a British journalist who attended the Paris conference, is right in denouncing the hypocrisy of the international community. He said he witnessed lots of backslapping but not much change of heart about the future of the planet or its people. He did not see anything in the behavior of world leaders or in their written agreement about greenhouse gas emissions that would "avert climate breakdown."

Heads of state are aware of the danger of climate change. Yet, they have bought the propaganda of the oil, gas, and coal executives: that all is under control, that the burning of fossil fuels may cause some climate change, but we have plenty of time to adapt. The other siren of deception assured the politicians that converting to alternative forms of energy must go on side by side with our dependence on oil, coal, and natural gas.

So the international politicians and big oil, coal, and gas corporations are willing to wreck the planet and, potentially, kill-off hundreds of millions of human beings for the perpetuation of current profits from the burning of fossil fuels.

The catastrophic effects of global warming are no secret. In 1988, The UN established the Intergovernmental Panel on Climate Change to study the causes and effects of global warming. This organization includes thousands of scientists from all over the world. Some of their reports make chilling reading. But even before 1988 there was plenty of bad news about big oil and the heating planet.

In 1989, I wrote my first article on the dangers of global warming. Chicago Tribune published it. I said big oil, coal, and gas companies had to cease excavating the Earth for more fossil fuels because civilization is incompatible with climate change. I recognized, of course, then as now that expecting companies like Exxon to voluntarily close shop is chimerical. So I put my hopes then and now on popular will to shutting fossil fuel companies down. I suggested solar and wind power would suffice in giving us plenty of energy.

Senior officials at the EPA tried to fire me. They became incensed I pointed my finger at Exxon and other oil, coal, and gas companies for the crime of global warming. But, fortunately, the Republican administrator of EPA, William Reilly, overruled his deputies and dismissed the charges against me. He did not agree with me but he defended my right to express my opinion.

This background and the research I had done for several years prepared me for the climate sham of Paris. I was not surprised, and not merely because of past corruption or the power of big oil.

The Empire of Cars

Each morning I walk my dog in the streets of Claremont, a small California college town of 30,000 people where I have been living since 2008. Countless cars flood the streets of this town. The drivers of these cars probably remain oblivious of the harm of their machines, that their cars emit greenhouse gases, which are also harmful to all breathing creatures.

Claremont, like so many other small towns, offers no alternative to cars. It has no public transport. And Los Angeles, about an hour by car from my home, remains the car dinosaur of southern California. Like other large cities in the US and other countries of the world, Los Angeles lives or dies by the infrastructure of the polluting car.

The example of the cars writing our future shows how far away we stand from the Hippocratic "you shall do no harm" with your "healing" and other means of your civilization. Instead, we embrace technical gadgets and a huge variety and amounts of mostly deleterious substances without thinking through their effects.

Indeed, our economists wish those effects away. They brand them "externalities." And with such obscenity, economists and their corporate paymasters legitimize harm and, if you are fish, death. No wonder we have been dumping our car externalities into the air we breathe, our atmosphere.

The War Eclipses of Health

War also absorbs externalities. Indeed, war lives on externalities. The twentieth century, burned up by wars, has left us such war legacy that we have been dragged down the same path.

Since the tragedy of September 11, 2001, the US has been on war footing. America occupied Afghanistan and Iraq, wasting thousands of American soldiers, killing hundreds of thousands of Iraqis and Afghanis, destroying both countries, and wasting trillions in these illegal and senseless wars. The only beneficiaries of these military adventures have been arms manufacturers and the national security state.

However, the consequences of these immoral wars are far reaching. The American invasion of Iraq has left the entire Middle East in a state of chaos. Millions of Moslems are fighting civil wars. These wars have been attracting thousands of Moslem fighters from Europe. Additional millions of Moslems have become refugees, inundating Europe. And out of this Middle Eastern killing ground, foreign invasions and vast destruction, there are emerging fanatical forces among Moslems and Christians reminiscent of the dark age- crusades and the thirteenth-century Mongol invasion of the Middle East.

At home, America's wars have led to a dramatic growth in "terrorism" experts, and national security consultants. Nearly every evening (through the good offices of C-Span TV) I see Congressional hearings and think-tank consultants and military men and women in Washington, DC, talk incessantly about frightening details of terrorism this or national security that. You think a few thousand Moslem criminals surround the country and the world.

This obsession with mostly imaginary enemies all but prevents us from facing our real enemies: diseases and the denigration and destruction of the natural world. Pollution of our food and water by pesticides and genetic engineering threaten us. Large farms and misdirected science from our agricultural universities cover up that threat. War rhetoric and wars also eclipse global warming.

I registered my objections to this madness in my 2014 book, "Poison Spring." I criticized my former employer, the Environmental Protection Agency, because of its failure to do its job. The fault, however, has not been of EPA's alone. I explained that the industry is the big elephant in the room.

Our environmentalists ought to be up in arms about this silent onslaught against our health and against our Mother Earth. But like medical doctors who treat the symptoms of diseases rather than the roots of maladies, those who care about environmental health either cannot fight purchased influence or take the easy way out. They refuse to face the octopus of big money.

Billionaires are the worst concentrated form of the money octopus. They have trampled democracy and control power in America. They are funding the Republican Party and not a few Democratic politicians.

To face the billionaire class, you need millions of dedicated people of intelligence and passion for democracy, human health and the health of the natural world.

We cannot afford to see the next president deny climate change. Republican candidates for president are subsidiaries of billionaires so they proclaim there's no such thing as global warming.

The only promising exception is Bernie Sanders, one of the Democratic presidential candidates. Sanders is challenging Wall Street and the billionaire class with his "political revolution." Sanders takes climate change seriously.

Sanders is right. America needs another political revolution where billionaires are downgraded and taxed heavily, their wealth funding the healing of the damages they have caused. America needs different priorities such as putting human and environmental health on the top of the country's agenda. We cannot simply talk about ecology and ignore who funds the agricultural universities or why rural America has become a plantation for big farm. In other words, we would have to abandon chemicals, technologies or factories shown to cause harm to humans and the natural world.

We would fortify our health if we also protect our EPA from the influence of the industry, Congress and the White House. An independent EPA with an independent national laboratory is absolutely essential to securing public health and the health of the natural world. The industry would not be allowed to lobby the EPA or test its own products.

Equally important is defanging our industrialized agriculture. The best way to do that would be helping organic farming to become our national agriculture. Large industrialized farmers would resist such a policy. But taking away subsidies, the US Department of Agriculture, and the land grant universities from their orbit would take care of the problem. An informed people would no longer buy their products. Small family farmers would, once again, come to dominate rural America.

Solar and wind energies would replace big oil, coal, and natural gas. In addition, public transport and railroads would be built for the entire country. In fact, I would construct a fast electric train in the middle of every single highway. Public transport, like education at our public colleges and universities, would be free. I would also like to see all towns and cities designate fenced-off bicycle lanes for bicyclists. Another complementary step would be electric trams for small towns. And since cars are kings, electric cars would be better than polluting automobiles.

How would the country pay for such green technologies? Tax Wall Street and all Americans who earn more than a million per year. Billionaires alone own trillions. Use that money for the benefit of America.

Finally, unless the country was attacked, there would be no more wars.

Democracy could heal the political brain of America. Doctors, environmentalists, organic farmers and all citizens who care about their health and the health of the natural world have a common ground to bring sanity to America: get the country out of wars and back to healing itself and help in the healing of the planet.