Do The Purple Dots on Michael Phelps' Back Work? 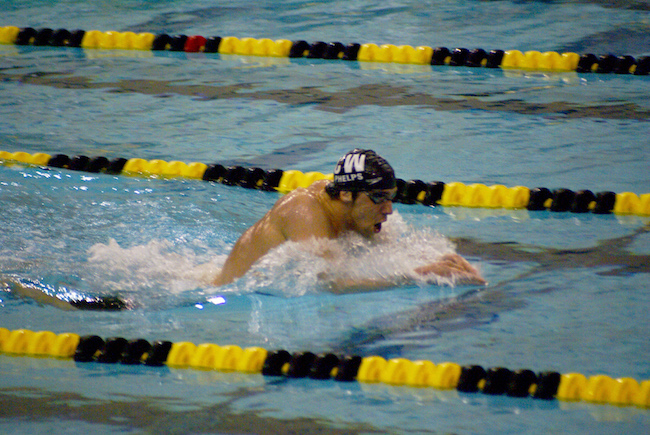 What are those purple dots on Michael Phelps' back? The answer just may be the next "big" solution for muscle recovery and neck and back pain!

There has been a great deal of media buzz about the purple dots on Michael Phelps' back and shoulders at the Rio Olympics. The Canadian broadcaster CBC focussed on it both on their web page and on Mark Tewksbury’s commentary on TV. Both provided interesting discussions, but both concluded that there is no evidence or that “Some experts are skeptical of the treatments effectiveness.”

Though there may be little evidence specifically of muscle recovery, there is plenty of evidence of benefit for the type of musculoskeletal pain that athletes can experience. . . .

One study included fifty people with chronic neck pain. They were randomized to receive either cupping treatments or no treatment for two weeks. The ones who received cupping had significantly less pain and better results on the Short Form Health Survey subscales for bodily pain (1). Another study of chronic neck pain also included fifty people and compared cupping to self-directed standard medical care. Both groups had equal and significant decreases in pain intensity, functional disability in the neck and physical quality of life. The study concluded that cupping is a safe and effective method of improving function and pain in chronic neck pain (2). A third study of neck pain looked at forty workers whose neck pain was caused by working at video terminals. The study randomized them into a cupping group and a heating pad group. Cupping was superior to heating pad for improving pain and discomfort (3). In a study that compared cupping that was administered by a partner at home to progressive muscle relaxation in sixty-one people with chronic neck pain, both treatments significantly reduced pain. Cupping was significantly more effective for wellbeing and pressure pain thresholds. The results may have been even better for cupping if it had been administered by a practitioner trained in Traditional Chinese Medicine acupuncture (4).

The results have also been suggestive for chronic low back pain. In an uncontrolled study, twenty-one people with low back pain underwent cupping therapy. They experienced significant improvement in pain scores in a straight leg raising test, lumbar flexion range of motion and pain pressure threshold (5).

Cupping has also been studied in the pain of osteoarthritis. When people with osteoarthritis of the knee underwent either cupping therapy or no therapy, symptom relief was superior in the cupping group (6). A second study found that cupping had significant benefits that were better than those achieved by 650g of acetaminophen taken three times a day. The benefit was especially pronounced for pain relief, edema, stiffness and disability (7).

In an attempt to evaluate the overall research on cupping as a treatment for pain, a meta-analysis looked at seven randomized studies of cupping and pain. It concluded that six of the seven were positive, including two that found significant pain reduction for back pain and two for brachialgia, or pain in the arm usually caused by a compressed or pinched nerve in the neck. The researchers conclude that “The data suggest effectiveness of cupping compared with conventional treatment (8).”

A review of the research on cupping concluded that cupping seems to be a safe and effective treatment for various musculoskeletal pain conditions. As for how it works, the review suggests that the effect is due, amongst other mechanism, to increased blood circulation, activation of the immune system, increased lymph flow and stimulation of mechanosensitive fibers (9).

For acupuncture, including cupping, treatment for pain, make an appointment to see Linda Woolven now.