Does Glyphosate Substitute for Glycine in Proteins of Actively Dividing Mammalian Cells? 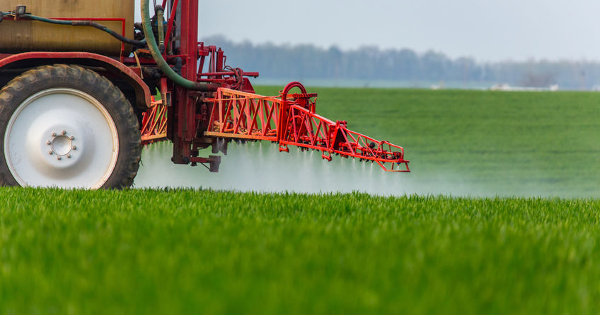 A paper was recently published by Antoniou et al. with the bold title, "Glyphosate does not substitute for glycine in proteins of actively dividing mammalian cells." [1] The paper involved exposing human breast cancer cells to glyphosate for six days, and then using a sophisticated technique called Tandem Mass Tag (TMT) labelling to identify short peptides purportedly containing anomalously heavy glycine molecules. Proteins from both the treated and untreated cells were put through a standard protocol involving mass spectrometry, partial proteolysis, and further analysis, as detailed in the paper.

The cells were maintained on a rich nutritional formulation called Dulbecco's Modified Eagle Medium. This formulation is a modification of the original Basal Medium Eagle which is four-fold enriched in amino acids and vitamins. It also has a high concentration of glucose at 4500 mg/L. There is no guarantee that it is not contaminated with glyphosate. Furthermore, the cells had been grown in culture for some undesignated time in the past, and likely had accumulated substantial numbers of misfolded glyphosate-contaminated proteins that were difficult to clear. They probably began their life in culture already with glyphosate-contaminated proteins, through life-time exposure to glyphosate of the human who originally harbored these cells in a mammary tumor.

By contrast, the authors found a substantial signal for glyphosate presence in several short peptides in the treated samples. However, they also found an equally strong signal in the untreated samples. They wrote: "In this experiment, however, neither of the two putative PTMs (post-translational modifications) of interest would be expected to be present in absence of glyphosate treatment. It was thus possible to use TMT labelling to identify and filter out any potential false discoveries.'' And then: ``The data conclusively shows that all candidate substituted peptides are false discoveries."

An equally plausible argument, however, is that the "untreated" cells also harbor glyphosate-substituted proteins. Potentially, most if not all of the candidate substituted peptides are true discoveries. Because both the treated and the control cells had been exposed to glyphosate for a long period in the past, it is plausible that they had both accumulated glyphosate-contaminated proteins in near equal amounts. Anthony Samsel and I discussed in our first paper on glyphosate substitution for glycine evidence that N-substituted glycines can form peptoids that are very difficult to break down, and that phosphonates have been shown to possess an ability to inhibit proteolysis [2].

A likely explanation is that glyphosate embedded in the proteins disrupts the ability of the proteolytic enzymes to degrade it. In fact, in a paper linking glyphosate to Amyotrophic Lateral Sclerosis (ALS), we described how glyphosate could be disrupting the ubiquitination process itself, which marks proteins for deletion by the proteasome [4]. We wrote:

Most intriguing is the fact that ubiquitin itself depends critically on a highly conserved carboxy terminal double-glycine pair to build the complex ubiquitin chains that signal a protein for degradation[46] [reproduced here as [5]]. Substitution of glyphosate for either of these essential glycines would be expected to impair the process of recycling misfolded proteins. This could readily explain the accumulation of misfolded proteins that is a hallmark feature of ALS."

Fortunately for us, Antoniou et al. [1] provided in their Table 3 the exact sequences with glyphosate substitutions that were detected, and the Uniprot website provides a tool where one can find proteins that contain specific sequences, using a software package called BLAST. Uniprot was able to retrieve the identity of all of the 16 proteins provided as hits in their Figure 3, with an exact match to a sequence present within each protein. All 16 proteins were human proteins. At least nine of these proteins bind to phosphate-containing molecules, as enumerated in Table 1. This provides support for the idea that proteins that bind phosphate are especially susceptible to glyphosate substitution, as was articulated in a recent paper published by Gunatilake et al.[6], proposing that glyphosate is a major factor in chronic kidney disease of unkown etiology (CKDu) among agricultural workers in Sri Lanka. In fact, the protein EPSP synthase in plants that is believed to be the main target of glyphosate in killing weeds, contains a highly conserved glycine residue at the site where phosphoenol pyruvate (PEP) binds. Researchers from DowDupont have been able to use CRISPR technology to create a strain of maize that is resistant to glyphosate, because of a CRISPR-modified gene for EPSP synthase [7]. The first step they did was to change the DNA code so as to replace the glycine at the PEP binding site with alanine. This resulted in a version of the enzyme that was completely insensitive to glyphosate.

Table 1: Nine proteins containing glyphosate-substituted peptides, as identified using Tandem Mass Tag (TMT) spectrometry tools. These peptides, along with 7 more, were found in cancer cells grown in culture. All nine bind to phosphate containing molecules as indicated in the third column. The first column provides the detected sequence, where the "*" indicates a glycine residue that was found to be substituted. See: Antoniou et al. (2019) for details on the experimental setup.

Altogether, Table 1 reveals an intriguing list of human proteins, and many of them would be expected to be expressed in breast cancer cells. For example, one is an RNA methylation protein (tRNA (guanine(10)-N2)-methyltransferase homolog). Another has tumor suppressor function through Akt inhibition, by binding to phosphatidylinositol phosphates (Pleckstrin homology domain-containing family A member 5). Another is a G-protein coupled receptor (GPCR). According to Bar-Shavit et al., "GPCRs control many features of tumorigenesis, including immune cell-mediated functions, proliferation, invasion and survival at the secondary site." [8] Another hit is a homeobox protein, and this class of proteins is specifically believed to play a a causal role in breast cancer [9].

Another important discovery from this paper are the two proteins that were identified as being statistically significantly upregulated in response to the six-day glyphosate treatment. These are: ADP/ATP nucleotide translocase (ANT) and serine/arginine-rich splicing factor 6 (SRSF6) [1]. These two proteins turn out to be very interesting, because both are known to be overexpressed in tumor cells, and, in both cases, higher levels of these proteins are linked to poor outcome in cancer patients.

SRSF6 is a member of the family of splicing factors that have powerful capabilities to alter protein expression, by modifying how peptides are assembled from individual introns. Overexpression of SRSF6 in lung epithelial cells enhanced proliferation, protected them from chemotherapy, and increased their ability to form tumors [10]. Furthermore, knockdown of SRSF6 in lung and colon cancer cell lines reduced their tumorigenic potential. SRFSF6 is frequently expressed in skin cancer, and it alters the splicing of a protein called tenascin C so as to promote invasive and metastitic cancer [11]. SRSF6 also causes excessive proliferation of keratinocytes, a characteristic feature of psoriasis [12]. If glyphosate is causing SRSF6 to be upregulated in breast cancer cells, it is likely causing enhanced tumorigenesis in exposed humans.

ANT comes in several different isoforms with differing effects on cell biology, but the one that is highly expressed in breast cancer cells is ANT2, and it has been shown to be important for maintenance of tumor survival. ANT2's job is to transport ATP into the mitochondria, and this activity is important when a cell is working under the assumptions of the Warburg effect. Cancer cells produce lots of their ATP in the cytoplasm through glycolysis, and then ANT2 carries the ATP into the mitochondria so that they can reduce the amount of ATP they need to produce through oxidative phosphorylation. This is a good strategy to protect from oxidative damage, especially when mitochondria may be dysfunctional due to DNA mutations incurred by toxic exposures. ANT2 actually programs a cell to implement strategies that lead to increased proliferation rather than apoptosis (cell death) in the presence of stressors [13]. There has been recent interest in developing drugs that fight cancer by suppressing ANT2 activity [14].

The Antoniou et al. paper may be a significant breakthrough in our quest for a procedure for detecting glyphosate contamination in proteins. It is remarkable that they were able to identify 16 human proteins that appear to have been modified through glyphosate substitution for a specific glycine residue. The paper is of great value to the community at large, because it specifies a prescribed procedure that can now be applied rather routinely on multiple other cell types grown in culture, as well as on biological samples extracted from diseased tissues in mammals, such as fingernails of scleroderma patients, skin cells in psoriasis patients, hair samples of autistic children, hooves of horses suffering from founder, tumor biopsies, Alzheimer's plaque postmortem, diseased kidney and liver tissues, etc.

Future opportunities to discover glyphosate contaminated proteins abound, and, as we collect a database of specific substitution patterns, we may even be able to predict rules for peptide contexts where glycine residues are especially susceptible, such as when neighboring amino acids are small (to prevent steric hindrance) or positively charged (to attract glyphosate to the site of peptide assembly due to its negative charge). Indeed, these types of rules are already becoming apparent in the small set retrieved in the Antoniou et al. experiment. Six of the 16 purported substituted glycines were immediately followed by a positively charged amino acid (lysine, histidine or arginine). And ten were immediately preceded by one of valine, leucine, serine, or threonine, all of which are small amino acids, supporting space for glyphosate's methylphosphonyl tail. If glyphosate is indeed substituting for glycine during protein synthesis, the consequences are mindboggling, and the insidious cumulative toxic effects of glyphosate can easily explain the rise we are seeing today in the prevalence of a long list of autoimmune, metabolic, neurological and oncological diseases.

Stephanie Seneff is a Senior Research Scientist at the MIT Computer Science and Artificial Intelligence Laboratory. She received the B.S. degree in Biophysics in 1968, the M.S. and E.E. degrees in Electrical Engineering in 1980, and the Ph.D degree in Electrical Engineering and Computer Science in 1985, all from MIT. For over three decades, her research interests have always been at the intersection of biology and computation: developing a computational model for the human auditory system, understanding human language so as to develop algorithms and systems for human computer interactions, as well as applying natural language processing (NLP) techniques to gene predictions. She has published over 170 refereed articles on these subjects, and has been invited to give keynote speeches at several international conferences. She has also supervised numerous Master's and PhD theses at MIT. In 2012, Dr. Seneff was elected Fellow of the International Speech and Communication Association (ISCA).
Disclaimer: This article is not intended to provide medical advice, diagnosis or treatment. Views expressed here do not necessarily reflect those of GreenMedInfo or its staff.