Does Ingesting GM Foods Create Disease, Such as Morgellons?

Views 6015
Posted on:
Wednesday, January 23rd 2013 at 5:00 am
Written By:
Anne Gordon, RN
This article is copyrighted by GreenMedInfo LLC, 2013
Visit our Re-post guidelines 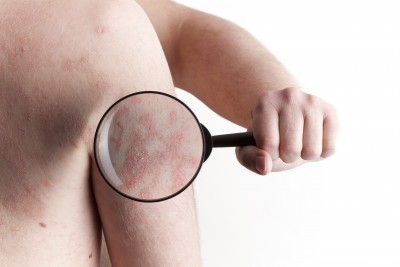 Perhaps you've heard about Morgellons Disease, and by now you know about GM (genetically modified) food, but the link between the two, is possibly connected according to Professor Joe Cummins, Professor Emeritus at the University of Western Ontario.  Most people are aware that soybeans, canola, and corn are GM foods ubiquitous in our food chain. However, sadly 75% of US food contains unlabeled GM ingredients. Many processed foods contain things we cannot dream of as being edible, much less healthy. We are what we eat, lets face it.

The Morgellons disease is characterized by skin lesions where afflicted individuals claim they can feel something crawling, biting, and stinging under their skin... some people have pulled fibers out, with documented photographs. Right out of a horror movie, right?

So many people were inflicted that the CDC (Centers for Disease Control) did study this at one time, with Kaiser Hospital in California. Unfortunately, the study was inconclusive and thought to be a delusional disease.

Throughout the world, it is estimated that millions suffer from this disease. Why would there be so many delusional people? The bulk of the cases have been reported in California, Florida, and Texas...and the numbers keep rising. Some people believe that it is contagious.

Theories on Morgellons range from nanotechnology in foods, aerosol experimental spraying (persistent contrails), weird pesticides, and now, the link with Agrobacterium Tumefaciens, these appear to be possible causes of this strange disease.  Prominent individuals claim to suffer from Morgellons, such as Joni Mitchell, and former baseball player Billy Koch.  Morgellons is still a mysterious condition without a known cure.

Whatever Morgellons disease is, people are experiencing something consistent as reported.  Explanations for Morgellons do not exist. The long term studies on GM foods are difficult to find. There are emerging new diseases, besides Morgellons, Winter Vomiting, obesity, and new 'flu' strains, plaguing people globally...how we connect the dots, might determine how well we live.