Views 6511
Posted on:
Wednesday, May 11th 2016 at 2:30 pm
Written By:
Rishma Parpia
This article is copyrighted by GreenMedInfo LLC, 2019
Visit our Re-post guidelines 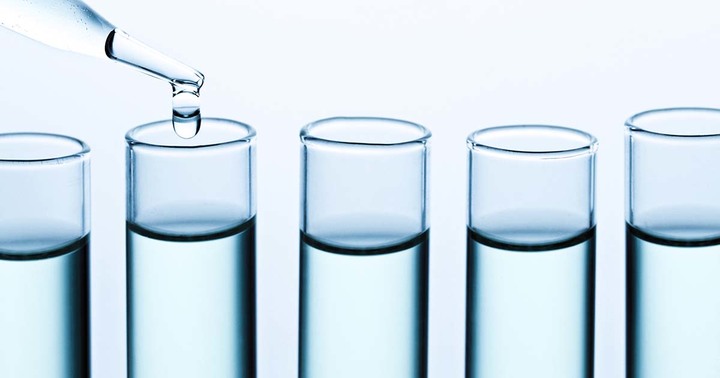 At some point we have all heard the argument "the dose makes the poison" in support of the safety of including small amounts of dangerous ingredients such as formaldehyde, phenol, sodium borate, aluminum, etc., in vaccines, but it is not that simple.

Research on the safety of vaccine ingredients, for example, largely ignores contemporary toxicological perspectives on the long-term effects of repeated periodic exposures to low concentrations of dangerous substances. Understanding the basics of chemical-safety testing methods is the first step to understanding how the toxicity of a substance is measured.

"The Dose Makes the Poison": A Core Assumption of Traditional Toxicology

Toxicology is the study of adverse effects in living organisms following exposure to chemicals.1 Toxicity is essentially the degree to which a substance is considered to be poisonous to living beings.2 Toxicology involves safety testing of environmental agents found in nature and chemical agents used in food, drinking water and synthetic pharmaceutical products.1

Traditionally, the idea that "the dose makes the poison" has been the core assumption on which toxicology testing has been based.1 Swiss German physician, Paracelsus (1493-1541), sometimes known as the father of toxicology theorized that,3 "All things are poison and nothing (is) without poison; the dose alone makes a thing not poison."4 The implication underlying this assumption is that exposure to larger doses of any particular chemical will result in a greater risk of toxic effects.5

In other words, low exposures to chemicals are considered to be insignificant.6 For example, a small amount of caffeine in a normal human diet does not necessarily cause illness but consuming 50 times this amount could be poisonous.2

Given that this core assumption makes logical sense, it is therefore used as a basis for regulatory toxicity testing to identify maximum acceptable concentrations of contaminants in food, water, the environment, drugs, etc.2 John Peterson Myers, PhD, co-founder, CEO and chief scientist at Environmental Health Sciences and an author of Our Stolen Future explains how toxicology tests are used to develop health standards:

Government agencies identify and regulate dangerous substances assuming that 'the dose makes the poison'. To set exposure limits, three to five doses of a substance are tested in the laboratory. Toxicologists start at the highest dose chosen and continue to lower doses until they find the point where effects are no longer detectable, that is, the dose at which experimental animals no longer differ from controls. This safe dose--the lowest amount that poses an acceptable risk--is called the 'no observed adverse effect level,' or NOAEL. Traditional toxicology guiding health regulations rarely tests doses lower than NOAEL due to the 'dose makes the poison' assumption.5

In essence, traditional toxicity testing only assesses acute, short-term toxicity of a substance through experiments that expose laboratory animals to various doses of the chemical being tested. It does not measure whether periodic exposure to a chemical is safe over a period of several years.2

Although a linear relationship between dose and toxicity is widely accepted in that, as the dose increases, so does the effect, research on endocrine disrupting compounds challenges this assumption.1 4 5 For many decades, low exposures to endocrine disrupting chemicals have been shown to result in detrimental health effects. 7 8

A 2012 report based on a review of 800 scientific studies published in the journal Endocrine Reviews provides clear evidence indicating that exposure to very to small amounts of hormone disrupting chemicals has profound, adverse effects on human health at all stages of life.7 The authors state:

Whether low doses of endocrine disrupting chemicals influence certain human disorders is no longer conjecture, because epidemiological studies show that environmental exposures to EDCs are associated with human diseases and disabilities.7

The report discusses exposures to chemicals such as bisphenol A (used in plastics, can liners, receipt paper), common pesticides such as atrazine, methyl paraben (used in cosmetics) and triclosan (antibacterial used in toothpaste.9

Findings from this paper challenge the traditional dogma in toxicology--the dose makes the poison.7 8 They authors argue:

Current testing paradigms are missing important, sensitive endpoints… they cannot make appropriate predictions about what effects are occurring at low doses. At this time, it is not possible to quantify the total costs of low-dose exposures to endocrine disrupting chemicals."7

This concept is no different when applied to vaccine ingredients. While small concentrations of particular chemicals used in vaccines may not necessarily lead to acute short-term health effects, chronic long-term effects of repeated exposure (49 doses of 14 vaccines by the age of 6) to small amounts of the ingredients have not been thoroughly studied.

Measuring the toxicity of a chemical is much more complex than simply arguing "the dose makes the poison." It depends on several factors, including the avenue through which it enters the body, how it may get metabolized through biological processes into other chemical forms, whether it gets excreted from the body or stored in the body's organs and its overall cumulative effects over a period of time.2 Director of the National Institute of Environmental Health Sciences, Linda Birnbaum puts it this way:

Industry is still asking 'old questions' about chemical safety even though science has moved on.8

2 Trautmann N. The Does Makes The Poison-Or Does It? ActionBioscience.orgJanuary 2005.3 Borzelleca J. Paracelsus: Herald of Modern Toxicology. Toxicological Sciences 2000; 53: 2-4.

5 Meyers P, Hessler W. Does "the dose make the poison?"-Extensive Results Challenge A Core Assumption in Toxicology OurStolenFuture.org May 25, 2007.

Rishma Parpia is a staff writer for The Vaccine Reaction journal.  Aside from her work at the National Vaccine Information Center as a writer, Rishma has conducted research for over 8 years and has extensive experience in qualitative and quantitative methods working at universities and non-profit organizations. She has served as an investigator on several international and domestic studies and has also authored peer-reviewed publications.  Born in Kenya, she immigrated to Canada where received her Master of Arts in Sociology at McMaster University and her Bachelor of Arts in Sociology at The University of Western Ontario. She currently lives in the United States and is an advocate for vaccine safety and the right to informed consent for vaccination. Her other interests include is holistic health, nutrition and physical activity.