The Downside of Healthy and Organic Foods

Views 1702
Posted on:
Thursday, March 14th 2013 at 5:00 am
Written By:
Margie King, Health Coach
This article is copyrighted by GreenMedInfo LLC, 2013
Visit our Re-post guidelines 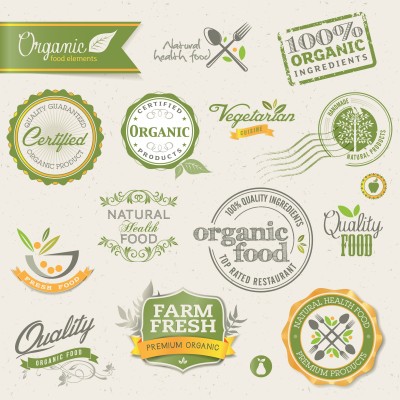 When you're trying to eat a healthy diet, the simplest rule is to stick to whole, unprocessed foods. If it has a label, be cautious. If the label makes health claims, run the other way.

According to one expert, as America's collective waistline continues to expand, so does the number of food products parading themselves as healthy options. In light of growing concern over the nutritional value of the foods we put into our bodies, many food marketers have stepped up their advertising in an effort to stand out against their competitors.

According to Nancy Childs, Ph.D., professor of food marketing at Saint Joseph's University in Philadelphia, there is a "virtual food policy war" raging over the use of front-of-pack labeling – all those brightly colored codes, symbols, checks, stars, and claims on food labels identifying the nutrients in the box or bag.

Many products brand themselves with healthy adjectives, but Childs cautions against accepting such terminology at face value:

"If it's fresh, local, artisan, organic, or natural, it's healthy in the consumer's eyes.  But these are production features and not nutrition features, and most consumers don't distinguish these differences."

Consumers also need to determine the context for the catchy claims that pepper food packaging. Childs points out that many legitimate statements of 'lite,' 'less' and 'lower' refer to a comparison with the original version of the product.  They are not a statement that the product is exceptionally low in an ingredient, or even lower than a competitor, she says, but just lower than another version of the same brand.

Health messages on the front of food packages claim everything from "all natural" or "organic" ingredients to promotion of "heart health."  Whether those claims are actually true or not, they may encourage us to unconsciously eat more of them because they are "good" for us.

The Halo Effect of Health Food

In psychology, the phenomenon is known as the "halo effect." It's the recognition that if a food has one positive attribute it can radiate a halo around everything about the food, leading us to perceive everything about it as good.

Some research has shown that people tend to consume more calories at fast-food restaurants claiming to serve "healthier" foods, compared to those that offer burgers and fries. Why? Because when people perceive a food to be more nutritious, they tend to let their guard down when it comes to counting calories—ultimately leading them to overeat. This health halo effect also seems to apply to certain foods considered by many to be especially healthy, such as organic products.

As part of her master's research, Jenny Wan-chen Lee, a graduate student in Cornell University's Dyson School of Applied Economics and Management, asked whether the "health halo" surrounding organic foods would lead people to perceive them as tastier or lower in calories.

Lee conducted a double-blind, controlled trial in which she asked 144 subjects at a local mall to compare what they thought were conventionally and organically produced chocolate sandwich cookies, plain yogurt, and potato chips. While the products were labeled either "organic" or "regular," they were all, in fact, organic.

Participants were asked to rate each food for 10 different attributes (e.g., overall taste, perception of fat content) using a scale from 1 to 9. Lee also asked them to estimate the number of calories in each food item and how much they would be willing to pay.

Confirming Lee's health halo hypothesis, the subjects reported preferring almost all of the taste characteristics of the organically-labeled foods, which were also perceived to be significantly lower in calories and worth a higher price tag. In addition, foods with the "organic" label were perceived as being lower in fat and higher in fiber. Overall, the subjects considered organically-labeled chips and cookies to be more nutritious than their "non-organic" counterparts.

Lee concluded that the health halo emanating from organic foods, is both strong and consistent. Although her study was limited in the variety of foods tested, she believes her results have important implications. She called for additional studies to determine whether these perceived taste and nutrition attributes result in greater consumption of organic versus conventional foods.

In the meantime, don't forget to take off those rose-colored glasses when you shop for food.