Views 2252
Posted on:
Wednesday, April 3rd 2013 at 5:00 am
Written By:
Margie King, Health Coach
This article is copyrighted by GreenMedInfo LLC, 2013
Visit our Re-post guidelines 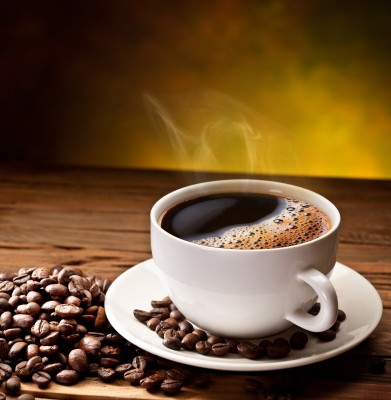 Whether it's regular or decaf, coffee appears to lower a man's risk of developing a deadly form of prostate cancer according to Harvard School of Public Health (HSPH) researchers.  In a study published in the Journal of the National Cancer Institute researchers examined whether coffee could lower the risk of aggressive prostate cancer which causes death or spreads to the bones.

The Harvard researchers chose to study coffee because it contains many beneficial compounds that act as antioxidants, reduce inflammation, and regulate insulin, all of which may influence prostate cancer. Coffee has also been associated in prior studies with a lower risk of Parkinson's disease, type 2 diabetes, gallstone disease, and liver cancer or cirrhosis.

But don't use coffee as an excuse to drink cream or milk.  According to Dr. Walter Willett, Chairman of the Department of Nutrition at HSPH, the evidence is quite strong that high dairy consumption is related to fatal prostate cancer. In fact, men who follow the USDA dietary guidelines and consume 3 servings of dairy per day have 2.4 times the risk of fatal prostate cancer. He recommends no more than 1 to 2 servings per day based on the scientific evidence.

Also, don't forget to buy organic, fairly-traded coffee whenever possible. And, if you are buying decaffeinated, make sure it was produced without chemical solvents, as occurs through the water and supercritical (CO2) extraction processes.

Diet and exercise are believed to slow prostate cancer by up to 30% and a diet low in fat and processed meat but high in fresh fruits and vegetables may help prevent the disease.

One meta-analysis of dietary studies and prostate cancer conducted by Australian researchers found that consumption of tomatoes, cruciferous vegetables, green tea, soy, Vitamin E, oily fish (such as wild salmon) and selenium seemed to decrease the risk of prostate cancer.  The study also found that highly processed or charcoaled meats seemed to increase the risk as did calcium and dairy products.

Now you can add coffee to the list of foods that support prostate health.