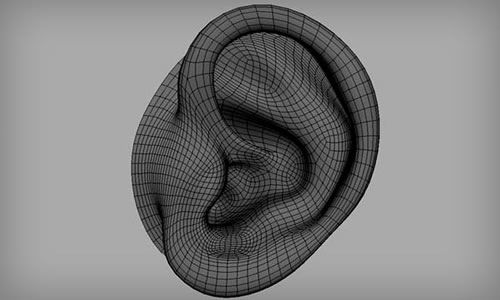 Otitis media (more commonly known as an ear infection) is a generic name for several conditions that can affect the middle ear, including inflammation of the middle ear, ranging from acute to chronic and with or without symptoms.

Acute otitis media (AOM) is characterized by symptoms of pain and fever. Otitis media with effusion (OME) is typified by the presence of fluid in the middle ear without signs or symptoms of infection. Ear infections account for over 35% of all pediatrician visits in the United States. Antibiotics are not always effective and may even lead to a recurrence of ear infections.

Why Do Kids Get Ear Infections?

Infant and children (more so than adults) have a natural tendency to produce a lot of mucus. As we get older and our immune system strengthens, this decreases. When too much mucus builds up – causing inflammation – the body's innate response is to get rid of it in attempt to return to a more balanced state.

Unfortunately, the way we do this is by the onset of an illness and fever. With an abundance of mucus already present in the nose and throat during an upper respiratory infection – it is no coincidence that the ears repeatedly become inflamed.

How Do We Prevent This?

Ultimately, the goal is to reduce the production of excess mucus naturally with safe and effective, non-suppressive interventions. The majority of cases of ear infection pain can and will resolve on their own. Without antibiotics. Without serious outcomes. As long as they're closely monitored (remember- a fever isn't always a bad thing). Yet, many children receive antibiotics, and sometimes multiple antibiotics for ear aches. And their ear aches continue to recur.

Often times, mucus in the nose, throat, sinuses, ears and other parts of the body can arise from the failure of the digestive system due to certain foods. Adults may suffer from the same process as well. Those foods most likely to increase mucus production and further stress a child's already weak digestive system are: dairy, soy (especially overly processed soy products), commercial formulas, wheat and most flour products, baby cereals and commercial cereals, thick, creamy and heavy foods, processed grains, juice, soda, refined sugars, processed foods, fried foods/oils, multiple food choices at a time and overfeeding

Reducing and/or eliminating these foods from a child's diet will often reduce inflammation and prevent future flare-ups. Additionally, offering a child simple, easy to digest, whole, non-processed foods accompanied by small amounts of plant based remedies accompanied by food, herbs, and spices (thyme, ginger, licorice, chamomile), will strengthen and support a weak digestive system and keep mucus production and inflammation at a minimum.

Lifestyle changes can also help to prevent future ear infections. Breastfeeding, for example, is associated with a reduced frequency of acute otitis media. On the other hand, exposure to infant formula and environmental pollutants - such as second hand smoke - have been shown to increase the risk of otitis media in children.

In my opinion, the two approaches that work most effectively to reduce ear fluid/pain and chronic ear problems is a change in diet and the incorporation of manual adjustments into the care plan (i.e, chiropractic and cranial sacral therapy).

So, how exactly does Chiropractic help? Well, the cervical plexus receives motor fibers that can be traced from the Eustachian tubes (tensa veli palatine) to the superior cervical sympathetic ganglion. Got that? In simple terms, a misalignment in the vertebrae in the neck alters nerve flow and causes muscle tension. This prevents mucus/fluid from being able to properly drain – when we correct the misalignment – nerve flow returns, muscle tension decreases, and fluid can drain.

More and more parents are beginning to look to natural methods to complement their children's health care. It only makes sense, as True Health can only be achieved by addressing the root cause of a problem rather than just treating the symptoms.

Dr. Peter J. Braglia, D.C. has a mission to educate, adjust, and inspire a health transformation in as many families as possible toward optimal health. To learn more about his practice please visit his website and his Facebook page.