Views 8501
Posted on:
Wednesday, May 20th 2020 at 4:00 pm
Written By:
GreenMedInfo Research Group
This article is copyrighted by GreenMedInfo LLC, 2020
Visit our Re-post guidelines 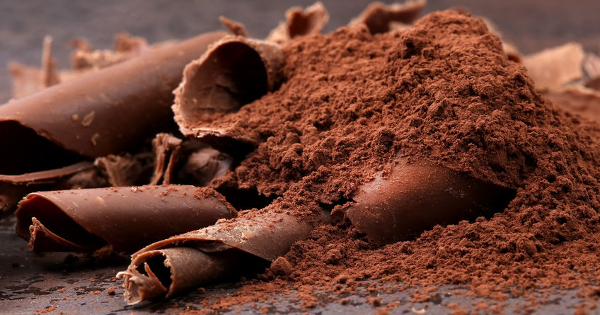 There's a growing list of research touting chocolate's antioxidant content, favorable action against disease-inducing oxidative stress and overall health benefits. One study highlights chocolate's potential to reduce the risk for high blood pressure, which can be good news amid near-epidemic levels of this condition worldwide

A number of studies support the positive effects of cocoa on cardiovascular health, including its ability to reduce common risk factors such as insulin resistance, endothelial dysfunction, low levels of HDL or "good" cholesterol and oxidized LDL (or "bad") cholesterol.[i]

Which Cocoa Source Is Good for Blood Pressure?

In a cohort of 45,653 women, researchers estimated chocolate intake based on a 208-item dietary questionnaire and 24-hour recall.[ii] A detailed food composition table helped them estimate quantities of cocoa found in certain foods, such as chocolate drinks, biscuits, cakes, candy bars and desserts. Median chocolate consumption was 2.3 grams (g) per day at baseline.

They concluded that moderately consuming plain chocolate can potentially reduce the risk for high blood pressure, while eating chocolate from sweet sources (i.e., desserts) can bring about an increased risk.

In a 2006 study, researchers saw that consuming around the same amount as the current study -- 2.11 g of cocoa a day, which translates to just half an ounce every week -- also had benefits. Men with the highest cocoa consumption slashed their risk of cardiovascular death by half compared to men who ate the least cocoa. High cocoa consumption also reduced the risk of all-cause mortality.[iii]

The GreenMedInfo database offers at least 170 abstracts with chocolate research, including a handful on its impact on cardiovascular diseases, high blood pressure and endothelial dysfunction.

Current estimates note that 1.13 billion people around the world have high blood pressure, with most living in low and middle income nations.[iv]

In studies featuring the benefits of chocolate, tea, red wine and blueberries, one would likely encounter words like anthocyanins, flavonoids and antioxidants.

Antioxidants are a broad range of biochemicals that scour free radicals. These sinister oxidizers, once set loose, incite a chain reaction that starts to oxidize unsaturated fats of cell membranes, which then leads to crippled DNA expression, cell division and immune function, to name a few functions.[v]

Antioxidants fight oxidative stress or inflammation, which plays an important role in virtually all diseases including cancer, heart disease, diabetes and joint pain.[vi]

Cocoa flavanols (a type of antioxidant) are plant-derived bioactive ingredients from the cacao bean. The dietary consumption of flavanols has been associated with improved cardiovascular health, such as the improvement of blood vessel elasticity and lowered blood pressure.[viii],[ix]

There's a clincher, however: the compounds are often destroyed during normal food processing. Raw chocolate might be your best bet since the more heated and processed cacao is, the more flavanols and other antioxidants are lost. Raw cacao is available in bean, nib or powder form.

For other forms of chocolate, most experts recommend looking for chocolate that's organic, fair-trade and as dark as possible, containing at least 70% cacao content.