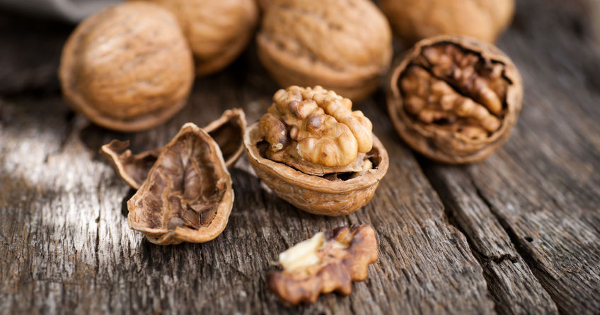 If you care about aging gracefully, you will want to learn how to protect your telomeres. Like the plastic tip on the ends of your shoelaces, telomeres keep DNA strands from unravelling -- and eating walnuts is a great way to keep telomeres laced up tight

Science has established that diet plays a role in the length and integrity of telomeres,[i] the small protective caps on the ends of chromosomes that serve to protect the vital DNA information inside the nucleus of a cell.[ii]

In December 2018, a cross-functional team of researchers from Spain and California deepened this body of knowledge by publishing their research into the effects of eating walnuts on leukocyte telomere length, or LTL.[iii]

This opportunistic sub-study was conducted within a larger study called "Walnuts and Healthy Aging," a parallel trial conducted between Barcelona, Spain and Loma Linda University in California.[iv] The study’s primary aim was to explore whether inclusion of walnuts in the diet for two years would maintain LTL in cognitively healthy elders as compared to a control group that abstained from walnuts.

In this trial, walnuts comprised 15% of total caloric intake, equating 30 to 60 grams per day, based on the energy requirements of individuals in the experimental group.

The final participant pool was comprised of 169 cognitively healthy men and women between 63 and 79 years who were living independently and had met eligibility requirements after a clinical visit, physical examination and other exclusionary criteria were applied.

The final 169 subjects were randomized to the two diet groups and 162 completed the trial. There were two dropouts due to severe indigestion attributed to walnuts, while six participants had milder indigestion that was alleviated by reducing the walnut doses.

By the end of the trial, complete data on LTL, dietary anthropometrics and fatty acids were available for 149 participants: 80 in the experimental group consuming walnuts and 69 in the control or abstaining group.

Researchers assessed LTL at baseline and after two years on the experimental dietary protocols via blood samples drawn after an overnight fast. Serum lipid and glucose concentrations were determined by standard enzymatic methods in the hospital clinical laboratory. Telomere length quantification was carried out using high-throughput quantitative fluorescence microscopy.

After assessing the cumulative data, researchers concluded that there was a trend indicating that walnut consumption did preserve leukocyte telomere length in test subjects.[v] Researchers called for further study involving larger test groups and longer time periods, noting that positive dietary impact on health is cumulative over time.

With nearly 72 million Baby Boomers worldwide,[vi] the needs of the geriatric population are at the forefront of modern health care. The standard approach in anti-aging medicine is to replace diminishing hormones with synthetic or "bioidentical" versions.

Natural health devotees look to a nutrient-dense diet and supplementation to stimulate rapid cell turnover. Scientists on the fringes are developing even more controversial therapies involving genetic manipulation of DNA to try and stop the biological clock.[vii] With so much investment into the science of staying young, the discovery of telomeres may be the most valuable finding to date in the race to slow down the way your body ages.

Telomeres get shortened each time a cell replicates, eventually becoming too short to function properly, which correlates with declining health experienced as aging. Telomeres can also become damaged by poor lifestyle habits, such as smoking, obesity, unhealthy diet and lack of exercise.[viii]

DNA information essentially writes the code for health or disease into every cell of your body, making the length and integrity of telomeres vital to healthy cell replication. Leukocytes are white blood cells that are found throughout your body and are a major part of your immune system response.[ix]

In humans, leukocyte telomere length (LTL) is positively correlated with lifespan, while shorter LTL is associated with an increased risk of age-related disease.[x] Telomere length, or LTL, is therefore considered a reliable biomarker of aging.

Walnuts are an excellent source of polyunsaturated fatty acids (PUFAs), a type of essential fatty acid that is known to have beneficial effects on the heart.[xi] Prior studies have been conducted on the effects of PUFA consumption on telomere length, however the fatty acids were derived from fish oils, a source that is less sustainable than tree nuts.[xii]

Walnuts are a vegan source of PUFA containing the highest amount of alpha-linolenic acid[xiii] and a rich matrix of antioxidants, namely polyphenols and vitamin E, which have also been related to maintained leukocyte telomere length when included in the diet.[xiv]

There are dozens of reasons to eat more walnuts. They benefit the heart, brain, bones and more, and have been shown to reduce the risk of certain cancers. Walnuts can even help improve the way you respond to stress. To learn more about the health-boosting power of this beneficial tree nut, and to explore further ways you can protect your telomeres, explore the thousands of scientific articles and natural health abstracts on GreenMedInfo.com. 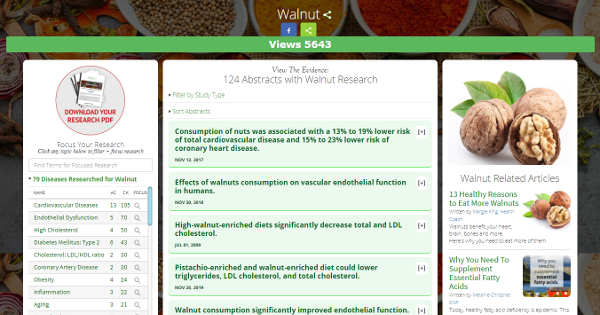 [ii] TA Sciences, What is a telomere? https://www.tasciences.com/what-is-a-telomere.html

[viii] TA Sciences, What is a telomere? https://www.tasciences.com/what-is-a-telomere.html