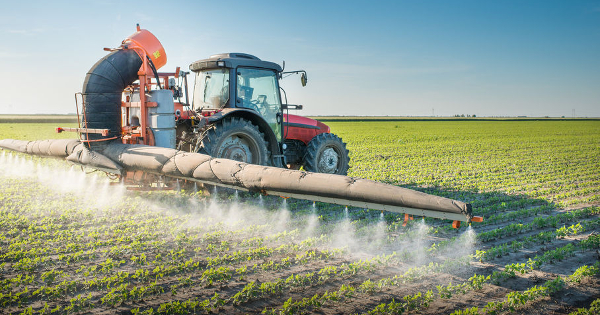 Today, in a surprise move, the EU Commission reapproved the herbicide glyphosate for another 5 year term. The failure of the mass effort to ban glyphosate from the market requires a rethink of campaigning against single chemicals. Though a common environmental strategy, it is flawed. Campaigns against specific chemicals do nothing to prevent them being replaced by other chemicals and nothing to protect the public from thousands of other chemicals on the market. Indeed, such campaings actively backfire, they encourage the public to imagine that all other chemicalss are safe, which is far from true. Here are some ideas for environmental strategies that do stand a chance of stemming the toxic tide engulfing the planet

The ecology of Planet Earth is rapidly collapsing under a rising tide of toxic pollution and plastic waste as, in every sector of the economy, natural products and methods are replaced with synthetics. One example, just recently reported, is that in 1974 non-organic wheat production in the UK required 2 sprays per year. In 2014 UK wheat required 20.7 sprays.

The chief strategy of the environmental movement to stem the toxic tide is to challenge specific “bad actor” chemicals and force their withdrawal from the market. Occasionally, this has been successful. Many countries no longer spray DDT or lindane, for example. But given that there are 70-100,000 man-made chemicals on the market, most of which aren’t tested and may be toxic, this effort is likely to be successfully concluded in approximately the year 1 million AD. Assuming that is, the chemical industry doesn’t invent any new products in the meantime, and that removing a toxic chemical only takes ten years of campaigning effort, both of which assumptions are very optimistic. 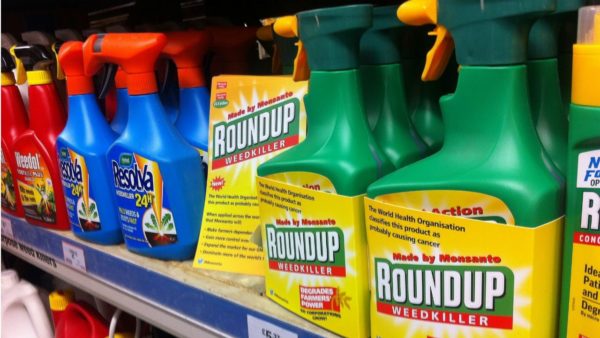 There is another problem with this environmental approach. It assumes that carefully conducted tests, honestly done, can separate toxic and nontoxic chemicals in a meaningful way. In fact, the evidence suggests the opposite. It can easily be shown that chemical testing is a pointless procedure because the potential serious harms from toxic chemicals are essentially endless, whereas chemical testing assesses these harms: carcinogenicity, neurotoxicity, liver toxicity, reproductive toxicity, multigenerational effects, one at a time. A whole city’s worth of rats would have to be tested to even begin to work out if just one chemical was harmful, and that is just harmful to rats. Whether that chemical was harmful to people would still be open to considerable question.

The conventional extrapolation by toxicologists from rodents and other animals to humans is not scientific. It is an arbitrary convention that frequently turns out to be wrong. This wrongness is tacitly accepted even by regulators. The IARC of the World Health Organisation, which has come closest of all official regulators to damning glyphosate, has toxicological categories that distinguish between human and animal toxicity; this concedes that animal experiments do not, after all, predict human toxicity.

Leaving aside the ethics of testing millions of animals to no purpose, this kind of fuzzy logic on the part of regulators is manna to the chemical industry. Whenever a chemical is found irrefutably toxic to animals, it simply moves to insisting on epidemiological evidence in humans. On the school playground it’s called moving the goalposts.

So what seems to be a moderately successful environmental strategy, of challenging chemical approvals with science, is really just a poor tactic and a losing strategy; not least because it seems to imply that all other chemicals are safe. And even when it appears to succeed it really fails. One chemical is phased out (or exported) and is merely replaced by another. Atrazine for glyphosate anyone?

Opponents of chemical pollution might instead want to borrow from anti-GMO campaigns. These have more-or-less successfully kept GMOs out of Europe, China and Asia, and Africa, and made GMOs a pariah even where they are grown.

The secret of this campaign has been to not distinguish between different GMOs. Opposing GMOs carte blanche allows diverse people and interests to unite behind one banner—whether they oppose patents on life, corporate control, or chemical pollution, or simply hazards specific to GMOs. It is a broad tent, and it doesn’t require detailed technical knowledge on the part of the public. Which is easier, to get behind a banner saying “NO GMO”, or one saying “I oppose the active ingredient 1-methonomethyl-2-arbitrazine because of its cumulative hyperplastic effects on the ovaries and vestigial glands of certain species of frogs at doses between 1 and 0.1ng/ml (Doolittle and Dally, 1983)”?

So while it is true that campaigners will grouse about such unfair and unethical practices, to campaign against specific chemicals like glyphosate is to imply to the public that such defects are, ultimately, acceptable, when the reality is that they doom from the outset any real possibility of a fair trial in the court of science.

So while anti-GMO campaigns have their own challenge of gene editing as an end run around the definition of a GMO, this is a fine complement in comparison to being laughed at by the chemical industry, which is tonight celebrating the reapproval of glyphosate with copious quantities of Belgian beer having persuaded the EU to ride roughshod, and probably fraudulently, once again over the niceties of chemical regulatory rules and the democratic process and to approve glyphosate for five more years.

The solution to the issue of chemical pollution is therefore an oppositional strategy that is equal to the existential nature of the threat at hand. The environment movement needs to end single chemical campaigns and hit the chemical industry where it hurts. Ban ALL synthetic chemicals from agriculture. Ban ALL synthetic chemicals from schools and school grounds. Ban them from public areas, or your entire municipality (it can be done), including from food contact.

Some such campaigns have already been tried, and where they have succeeded, unlike the banning of individual chemicals, the results make a real difference. But the environment movement could go further: How about making regulators liable for their decisions? How about proposing to end subsidies to industries that use synthetic chemicals in or on foods? How about automatically compensating individuals whose bodies contain toxic chemicals and who become unwell from a fund provided by the industry which made that chemical? Now that would get the attention of the chemical industry, it might energise the public too.