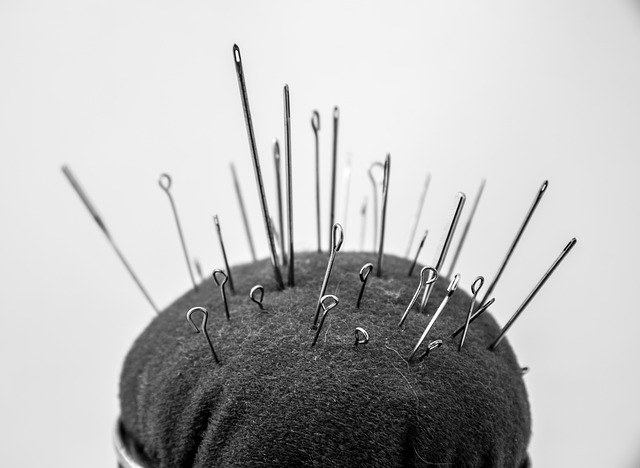 Mr. Kennedy is in very safe territory by reporting that the CDC has over 20 patents that create vast, undisclosed conflicts of interests in vaccine safety.

This past week, President-Elect Trump invited Robert F. Kennedy Jr. to discuss Mr. Kennedy leading a vaccine safety commission.  The mainstream media coverage of the meeting was widespread and furious.

The vaccine industry and its media lap dogs do not want their corruption exposed in any official forum, and they have pointed their fury at Mr. Trump and Mr. Kennedy.

We have seen a great deal of media on Kennedy and his vaccine safety and corruption claims in the last week.  The nice thing about that is this - because he has been in the mercury fight for so long, and started investigating the claims of moms of vaccine injured children more than a decade ago, his coverage has returned  the spotlight to the corruption that was uncovered in the early days of the realization that the vaccine program was hurting our kids.

One of these old pieces of information that has made its way back into the discussion because of Mr. Kennedy's media attention is the claim that, “The CDC owns over 20 vaccines patents.”

My vaccine safety and corruption research began shortly after my son was vaccine injured in 2003, and I have heard this claim circulated since I began advocacy in this arena, but I have never seen any evidence for this claim.

In 2003, UPI reporter Mark Benjamin wrote an in depth piece on the conflicts of interest (COI) in vaccine safety entitled, “UPI Investigates: The vaccine conflict.”  We have Mr. Benjamin to thank for bringing the patents and COIs held by the members of the CDC Advisory Committee on Immunization Practices, including Dr. Paul Offit, to the public's attention, and for documenting the early years of Offit's increasingly absurd claims.  In this article, Offit asserts that holding vaccine patents, being funded by Merck and having Merck buy and distribute, to physicians, his book extolling the virtues of vaccines, does not compromise his objectivity as a member of the committee that determines what is and is not sound vaccine practice:

“When asked, members of the committee told UPI their potential conflicts do not affect their judgment.

"I am probably just the kind of person you are talking about," said Paul Offit, chief of infectious diseases at the Children's Hospital of Philadelphia, who was a committee member until last month. At the same time, he shared a patent for another rotavirus vaccine. Merck has funded Offit's research for 13 years.

"I am a co-holder of a patent for a (rotavirus) vaccine. If this vaccine were to become a routinely recommended vaccine, I would make money off of that," Offit said. "When I review safety data, am I biased? That answer is really easy: absolutely not."

"Is there an unholy alliance between the people who make recommendations about vaccines and the vaccine manufacturers? The answer is no.’"

Merck bought and delivers copies of Offit's book, "What Every Parent Should Know About Vaccines," to American doctors. The book has a list price of $14.95.

"Merck Vaccine Division is pleased to present you with a copy of the recent publication, 'What Every Parent Should Know about Vaccines,'" says a Dear Doctor letter from Merck. "The authors designed the book to answer questions parents have about vaccines and to dispel misinformation about vaccines that sometimes appears in the public media."

Offit said he does not know how many copies of his book Merck purchased. "I don't have any control over that," he said.”

I encourage you to read the entire article.

However, the specifics and number of CDC vaccine patents are not reviewed there.

Mr. Kennedy repeated the claim last month in an interview with EcoWatch saying, “The CDC is a subsidiary of the pharmaceutical industry. The agency owns more than 20 vaccine patents and purchases and sells $4.1 billion in vaccines annually.”  Again, no source.

I have been around long enough to know that vaccine claims have to be checked and rechecked.  And since this is a very old claim, one that I would like to be able to state (if it is true), I decided to review it.

I am fortunate to have, as one of my partners in advocacy, fellow autism parent Mark Blaxill, an Intellectual Property expert who has been employed by billion dollar corporations to manage their patents.  Blaxill was the man who found out that HHS, through NIH, owns patents on all HPV vaccines, and receives a percentage of the profits for each dose of Gardasil and Cervarix administered anywhere in the world.  He published the stunning revelation in a detailed three part expose entitled, “A License to Kill? Part 1: How A Public-Private Partnership Made the Government Merck’s Gardasil Partner.”

When I contacted Blaxill to ask how to run a patent search, he was kind enough to do it for me.  He found 57 granted US patents with the CDC listed as an assignee.  You can see the search results here.

Upon cursory review of the patents, I found that one did not seem applicable to vaccination, but merely referenced an article on vaccination.  That leaves us with 56 CDC patents to scrutinize.

Here is what I found.

There's a CDC patent on a process for vaccine quality control by “quantifying proteins in a complex preparation of uni- or multivalent commercial or research vaccine preparations.”

There's a CDC patent on a method “for producing a model for evaluating the antiretroviral effects of drugs and vaccines.”

CDC has a patent for companies who want to test their respiratory system applicable vaccine on an artificial lung system.

If a vaccine maker is concerned that their vaccine might contain a human rhinovirus, CDC has a patent on a process for determining if such contamination exists.

CDC has a patent on an assay to assist vaccine makers in finding antigen-specific antibodies in a biological sample.

CDC holds a patent that provides vaccine makers with a method of "reducing the replicative fitness of a pathogen by deoptimizing codons."  Asserting that, "pathogens with deoptimized codons can be used to increase the phenotypic stability of attenuated vaccines."

The agency also holds a patent on adjuvants for a vaccine used on premature infants and young babies.

There is a CDC patent to cover a vaccine for an infection induced by a tape worm found in pork.

They even have patents that cover vaccines for animal illnesses including Canarypox virus, Fowlpox virus, Sealpox virus, dog flu and monkey cancer.

Does this seem like a public health agency making “independent” vaccine recommendations, or a private company with an impressive portfolio to which one might look for investment opportunities?

The CDC is reputed to be an independent government agency making vaccine recommendations to the public, only for the public good.  They are the agency charged with vaccine safety oversight, via their Immunization Safety Office.

Here is how the office describes its charge:

Sound immunization policies affecting children and adults in the U.S. depend on continuous monitoring of the safety and effectiveness of vaccines.  CDC uses many strategies to assess vaccine safety, to identify health problems possibly related to vaccines, and to conduct studies that help determine whether a health problem is caused by a specific vaccine. CDC also works with other federal government agencies and other stakeholders to determine the appropriate public health response to vaccine safety concerns and to communicate the benefits and risks of vaccines.

The Immunization Safety Office regularly reports on vaccine safety monitoring findings and any concerns to CDC’s Advisory Committee on Immunization Practices (ACIP). This advisory group develops the recommended vaccine schedule for children and adults in the U.S.  ACIP considers the safety and effectiveness of vaccines before making recommendations to the vaccine schedule or changing recommendations for vaccine use.”

Note that they proudly state that they report to the ACIP - the same committee on which Paul Offit infamously served, as if this reporting somehow adds legitimacy to their vaccine safety work.  The same committee that Congress has excoriated for their long history of conflicts of interests.
Nowhere on the CDC's web site can I find the disclosure that the agency is a profit partner with the vaccine makers for whom it is supposed to be providing safety oversight.

Mr. Kennedy is in very safe territory by reporting that the CDC has over 20 patents that create vast, undisclosed conflicts of interests in vaccine safety.  He is understating the problem by more than half.

This brief look at current patents held by the CDC deserves an in-depth review to determine exactly what current financial relationships with vaccine makers now exist and  what the current impact those revenue streams are likely having on vaccine safety positions.  Furthermore, one must closely look at the financial relationships between the CDC and vaccine makers it is currently courting, to include the potential exploitation of new patents for financial gain. These are merely a few  lines of inquiry, among hundreds, needing to be examined and why the potential RFK commission on vaccine safety must be impaneled.

Fortunately, Mr. Kennedy has already said he will fight this corruption against our children until his last breath, and we seem to have a new president who doesn't care what Pharma and the mainstream media throw at him.  There is more than 20 years’ worth of documented abuse and corruption in the vaccine program that, if properly examined, would at the very least force reforms that would drastically reduce the profits of the industry.

The vaccine business is currently a $30 billion per year industry in which organizations like the World Health Organization have urged increased investment, projecting that it will become a $100 billion per year industry by 2025.  Thus, it is evident that the CDC and their business partners need the public to not only be okay with the 69 doses of recommended childhood vaccines, but to begin to adhere to the additional 100 plus doses of vaccines recommended by the new adult schedule, and to be ready to inject their families with the additional 271 vaccines in the development pipeline.

That profit boom can't happen if the corruption in the industry, and the vast, unassessed damage that it has done to the health of children (and now adults) is laid open for all to finally see.  The $30 billion per year industry will become a sub $10 billion per year industry, with a cap on how much it can make.  Because there is a cap on how much the human body can process.

We must continue to press the Trump administration for comprehensive vaccine safety review and reform, including the universal right to forgo any and all vaccines without coercion.

Without a White House to ignore CDC's abuses and run interference with the American public, the corrupt vaccine industry may be turning into a paper tiger, and its media simply a powerless crowd of bullies with a megaphone, broadcasting “sound and fury signifying nothing.” 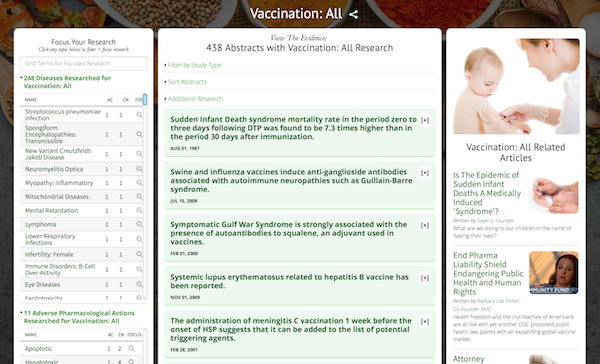 For evidence-based research on vaccinations, visit the GreenMedInfo.com Research Dashboard.

Ginger Taylor, MS is an advocate at HealthChoice.org and Director of the Maine Coalition for Vaccine Choice.