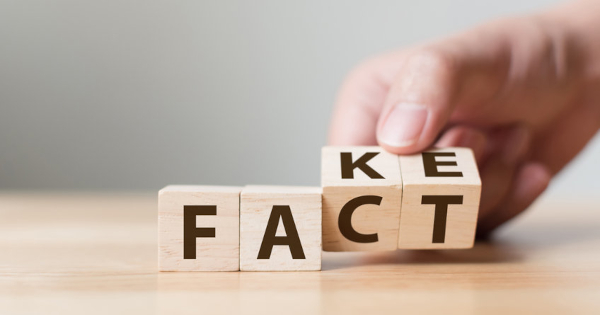 In a court filing, attorneys for Meta, formerly Facebook, admit that their fact check labels aren't based on facts at all -- they're actually just opinions

The "fact checks" that Facebook, now known as Meta, has used to silence and censor throughout the pandemic are actually just "opinions." The stunning admission came from Meta's own attorneys, who stated in a court filing, "The labels themselves are neither false nor defamatory; to the contrary, they constitute protected opinion."[1]

The court filing came in response to a lawsuit filed by television journalist John Stossel, who claims the social media giant's fact-checking amounted to defamation when it flagged his content as false, causing all would-be viewers to doubt its integrity.[2] Stossel wrote in October 2021:[3]

"I just sued Facebook. I didn't want to sue. I hate lawsuits. I tried for a year to reach someone at Facebook to fix things, but Facebook wouldn't. Here's the problem: Facebook uses 'independent fact-checkers' to try to reduce fake news on their site. That's a noble goal.

Unfortunately, at least one Facebook 'fact-checker' is a climate-alarmist group that cleverly uses its Facebook connections to stop debate. Facebook is a private company. It has every right to cut me off. But Facebook does not have the right to just lie about me, yet that's exactly what Facebook and its 'fact-checker' did. That's defamation, and it's just wrong."

Stossel's lawsuit relates to a video he published on Facebook about the 2020 California wildfires. He suggested that government mismanagement, not climate change, was probably the greatest factor in causing the fires.

It was the downplaying of climate change that got Stossel's video flagged as "misleading" in this case, but during recent years virtually any mention of vaccine side effects or ineffectiveness, or questioning of lockdown procedures or mask mandates, yields a similar fate.

The farce is that Meta and their fact checkers have their own agendas, and it's now been admitted in a court filing that they're actively censoring information based not on facts but on their own opinions.

"So-called 'fact checking' is a fraud used to cover up the censorship of opinions that differ from those of the powerful Silicon Valley oligarchy. And now we have proof attested to in a court filing by one of the richest companies in the world, represented by some of the most elite lawyers in the world," ZeroHedge reported, adding that Meta's attorneys come from "Wilmer Cutler Pickering Hale and Dore, with over a thousand attorneys and more than a billion dollars a year in revenue."[4]

It's dangerous to allow a private company to dictate what you see and don't see online. By labeling valid information as misleading, they're controlling the narrative and suppressing scientific debate. With each person who doesn't click, or is left believing that truth is false, the more deeply embedded their narrative becomes in our collective psyche.

Meta CEO Mark Zuckerberg has stated that when a post is identified as misinformation, meaning it's given a warning label like Stossel's video received, it results in users not clicking through 95% of the time.[5] But as Stossel tweeted December 10, 2021, "Court filing: Facebook admits its 'fact checkers' don't check facts!"[6]

Not only does the court filing state this, but Stossel found this out personally when he contacted Climate Feedback, the group that fact-checked his video. Two of three scientists who are reviewers for the group spoke with Stossel. Neither had seen the video, but when one of them finally did, he agreed with Stossel that the misleading label wasn't necessarily fair. Despite this, Stossel wrote, "neither Climate Feedback nor Facebook will change their smear." He continued:[7]

"Climate Feedback and its parent group, Science Feedback, use Facebook to censor lots of responsible people, such as science writers John Tierney, Michael Shellenberger and Bjorn Lomborg. Facebook has every right to choose who can use its platform. But Facebook does not have a legal right to knowingly and recklessly lie about what I say. That's defamation."

Considering the admission that fact checks are merely opinions, Anthony Watts of Watts Up With That? further noted, "[I]n a court of law, in a legal filing, Facebook admits that its 'fact checks' are not really 'fact' checks at all, but merely 'opinion assertions.' This strikes me as public relations disaster, and possibly a looming legal disaster for Facebook … [and other] entities that engage in biased 'fact checking.'"[8]

Ironically, Meta's lawyers also point to Section 230 of the U.S. Communications Act, which protects the company from liability for material posted by third parties.[9] Yet, this Act, and the immunity it provides to social media companies, also negates the need for "fact checks" in the first place[10] -- from a legal perspective, at least, not for other, perhaps more nefarious, motivations.

Who's really in control of dictating what's flagged or "passed" on social media? Follow the money; several of Meta's fact-checking partners, including Africa Check[11] and The Poynter Institute,[12] receive funding from the Bill and Melinda Gates Foundation, for instance. This means news flagged as "false" or "misleading" by fact checkers isn't necessarily untrue, incorrect or deceitful; it may simply go against the funder's agenda.

And oftentimes, the opposite is true in that news items flagged as false may be the ones you should delve into more deeply in your search for real, unbiased news. Hopefully, lawsuits like Stossel's will help to uncover the censorship and defamation taking place at the hands of social media, but if not, understand that when it comes to fact checks, you can't just take their word as fact, because it's actually their opinion.

Facebook "fact-checked" the Greenmedinfo.com page into oblivion, deleting it earlier this year, effectively preventing half a million of our followers from receiving our updates. Censorship has never been more concerning, given that independent sources of information on the benefits of natural health approaches and the harms of pharmaceutically-driven medicine are extremely hard to find. Moreover, without this information informed consent when it comes to medical decisions is not possible. If you believe that our information (and your access to it) is important, please consider becoming a member, making a one-time donation, and following us on our censorship-free Telegram channel, and registering to become a member of our own media platform: BeSovereign.com, launching very soon!

[8] Watts Up With That? December 7, 2021 https://wattsupwiththat.com/2021/12/09/bombshell-in-court-filing-facebook-admits-fact-checks-are-nothing-more-than-opinion/