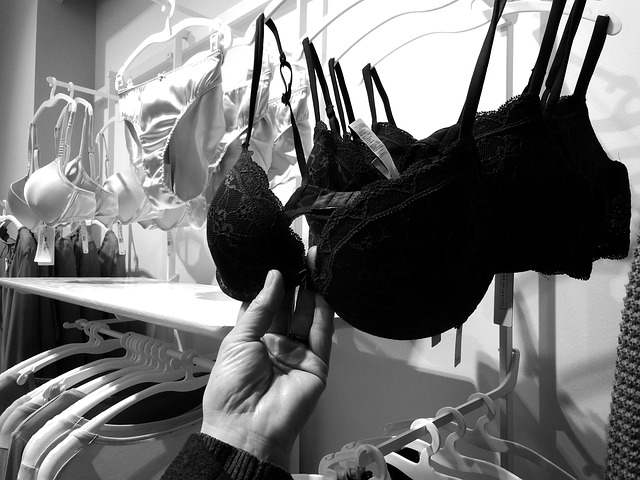 How do you know when medical news is fake? Can you trust what you read simply because it comes from an allegedly reputable source? To learn more about how bras affect health, visit www.BrasAndBreastCancer.org
For the past 21 years, since the publication of my book, Dressed to Kill: The Link Between Breast Cancer and Bras, I have been watching how the media and medical institutions have been reporting on this important breast cancer breakthrough.  For the most part, the reporting has been biased, misleading, and outright false.
In case you haven’t read about this before, bra-free women have about the same incidence of breast cancer as men, while the incidence rises the tighter and longer the bra is worn.  It has to do with constriction of the lymphatic system within the breasts caused by tight bras, resulting in fluid and toxin accumulation.  This can lead to cysts, pain, and tissue toxification, and ultimately may result in cancer.
Doctors knew bras caused breast cancer since there were bras, back in the early 1900’s. But a powerful lingerie industry has since developed, along with a powerful and profitable breast cancer detection and treatment industry. As a result, bras and breast cancer are now part of our culture.
To keep the culture wearing bras and coming to the cancer industry for cancer detection and treatment, there has been a coordinated and deliberate spreading of false information.  And the ultimate source of that misinformation is the American Cancer Society.
Surely, you can trust information coming from the American Cancer Society, right?
Wrong!
Currently, the ACS has at least two webpages dedicated to suppressing the bra-cancer link.  One states,

“We do not know of any epidemiologic studies published in scientific journals that suggest bras directly contribute to breast cancer risk or that lymphatic compression by bras might cause breast cancer.”  [source]

The other webpage repeats this misinformation, and was written by David Sampson, Director of Media Relations.  [source]
In both webpages, the only peer reviewed study mentioned is a 1991 Harvard study that found that pre-menopausal bra-free women had half the rate of breast cancer as bra users.  Instead of seeing this as supporting the bra-cancer link and calling for further research, the ACS tries to rationalize away these findings, guessing that breast size may have caused the lower risk in bra-free women, whom they assume were smaller breasted.
However, this Harvard study, which was looking at breast size and breast cancer incidence, found that having large breasts was associated with increased risk of breast cancer only in POST-menopausal women, not in PRE-menopausal women.  Their surprising finding that PRE-menopausal bra-free women had half the breast cancer risk compared to bra users cannot be explained by breast size, since size only matters, if at all, for POST-menopausal women, according to this study.
In other words, their study showed that breast size was not a factor for breast cancer risk in younger women, and yet they used breast size to explain why younger women who were bra-free had a lower risk.
Using this illogical argument to discredit the Harvard study, and claiming that there are no studies supporting the bra-cancer link, the ACS has created a fake news piece that has been used by Wikipedia, the National Cancer Institute, the Susan G. Komen Foundation, and other opponents of the bra-cancer link to “prove” that the bra-cancer link is a “myth”.
I decided to contact ACS’s David Sampson directly to discuss this issue, and to share two new peer reviewed epidemiological studies which show a significant bra-cancer link. (See below for references.)   How could he ignore new research showing the link is real?
After making email contact and sending him the information, I made a phone call and spoke with him for over an hour.
His attitude was defensive and argumentative.  But he finally assured me that the new research would be reviewed by his epidemiologist.  I was hopeful.
But my hopes were soon dashed against the stubbornness of a closed mind.  He said that his epidemiologist was not impressed.
I had included the 1991 Harvard study in my list of supportive studies.  I asked for the notes his epidemiologist made about these studies.  The reply was very telling.
Regarding the Harvard study, the epidemiologist wrote, “Couldn’t access the full text of this study from 1991. But in abstract the author’s offer reasonable reasons for associations”,  referring to the smaller breast argument.
I wrote Sampson back that I was surprised that his epidemiologist could not find the Harvard study full text, especially since they used that study in their argument!  You would think that an epidemiologist for the ACS would have access to research, especially studies that they are commenting about.
The response to the other studies I sent was equally vacuous and biased.  Sampson’s mind was closed, and no research would shake his position.
Clearly, the ACS does not want the bra-cancer link to become part of the medical approach to breast cancer prevention.  After all, the ACS is about detecting and treating cancer with drugs, radiation and surgery.  They even sell bras and breast prostheses for women who have had their breasts removed.  (source)
Preventing this disease by ending the constriction of the breasts caused by wearing tight bras is not a medical procedure, and does not make any money for the cancer industry.
But there is another reason why the ACS does not want to admit that bras are causing breast cancer.  How will they save face?  How can they admit that their denial of this information for the past 20 years has been the cause of numerous women getting breast cancer, who might have prevented this disease had they known about the bra-cancer link?
The ACS has made its statement that bras don’t cause breast cancer, and they will do whatever they need to do to maintain that lie.
Unfortunately, other medical institutions who trust the ACS are following their lead and perpetuating the same misinformation.
Take, for example, the Evangelical Hospital in Lewisburg, PA.  They have a webpage that was developed for Breast Cancer Awareness Month, and it calls the bra-cancer link a myth, saying there are no scientific studies to support the link.
And it did more than that.  It actually claimed that a 2014 study was done that compared bra-free women to bra users and found no link.
This was more than an uninformed statement.  It was a bold faced lie.  There is no such study.
So I contacted Evangelical Hospital and tried to get the information changed on their website.
I explained to their IT person in charge of the webpage that there are new studies which show a significant bra-cancer link, and sent him the studies.  I explained that the 2014 study they mentioned was probably the Fred Hutchinson Cancer Research Center study commissioned to disprove the bra-cancer link.  That study was only done on post-menopausal women and did not include any bra-free women.  There was no control group.  It was like studying lung cancer and cigarettes and only looking at old smokers, excluding non-smokers.  It was bad research designed to dismiss the bra-cancer link, which makes it propaganda and not science.
The fact is, that study did not include any bra-free women, despite the claim on this hospital’s website.
The IT person decided to remove the false information and then republish the article using the ACS as the source.

“According to the American Cancer Society (ACS), there are no scientifically valid studies that show wearing underwire bras causes cancer. The ACS adds it is not aware of any epidemiologic studies published in scientific journals that suggest wearing any type of bra directly contributes to breast cancer risk.”  (source)

Frankly, I was appalled.  I showed them the studies.  Here was a hospital knowingly publishing false information simply because the ACS said it was true.
I wrote to the Evangelical Hospital President and the Vice President of Medical Affairs, asking how they can publish on the Internet information that they know is false.  I received a reply that they would take down the information, but that has not happened yet, over one month later.
But the Evangelical Hospital is not alone in its distribution of fake cancer news.
Tristar Skyline Medical Center in Tennessee is also guilty.  On their website they falsely state,

“The American Cancer Society conducted a study of more than 1,500 women that found no association of bra use and breast cancer risk.”  (source)

There is no such study.  No reference was given.  This is fake cancer news.
The ACS misinformation about the bra-cancer link is like a cancer itself, spreading disease-causing misinformation throughout the medical world.
The good news is that I have been successful many times in correcting news stories that call the bra-cancer link a myth.  Some news outlets take down the fake myth story, but others resist by citing the ACS.
The moral of this story is that our culture is suffering because it trusts the ACS and its fake cancer information. Having made their statement against the bra-cancer link 20 years ago, they feel they must stick to their lie and forestall the anger of a public that has been supporting them to find the causes of breast cancer, not to suppress information that is inconvenient to the profit driven, drug focused cancer industry.
How can our culture break free of the influence of the ACS?  How many women must die needlessly from this preventable disease simply because the ACS (and the National Cancer Institute, Komen Foundation, and other cancer charities which follow the ACS) publish fake cancer news?
It usually takes 30 years or so for breakthroughs to make it past the naysayers. That’s because the naysayers, who have put their reputations on the line, need to save face and keep their jobs as “experts” until they retire. That’s why it took 30 years for the tobacco-cancer link to be accepted by the medical establishment. The old, corrupted guard must first retire.
It’s been 20 years now for the bra-cancer link. So in about ten years, after people like David Sampson retire, expect the bra-cancer link to get greater medical attention.
Fortunately, you don’t need to wait for the ACS to come around for you to stop harming yourself with tight bras.
( Editor's Note: As a result of this article, Evangelical Hospital has removed its webpage from the internet to prevent further misinforming of the public.) 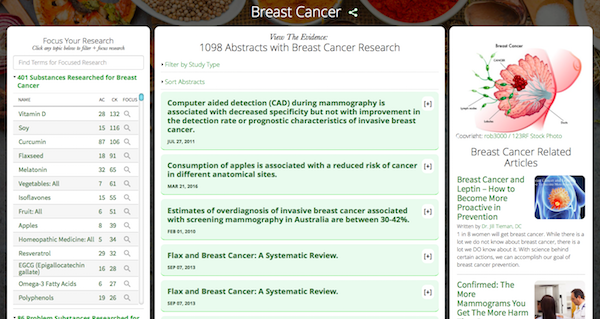 1. Wearing a Tight Bra for Many Hours a Day is Associated with Increased Risk of Breast Cancer
Adv Oncol Res Treat 1: 105.
https://www.omicsonline.org/open-access/wearing-a-tight-bra-for-many-hours-a-day-is-associated-with-increasedrisk-of-breast-cancer-aot-1000105.php?aid=72034