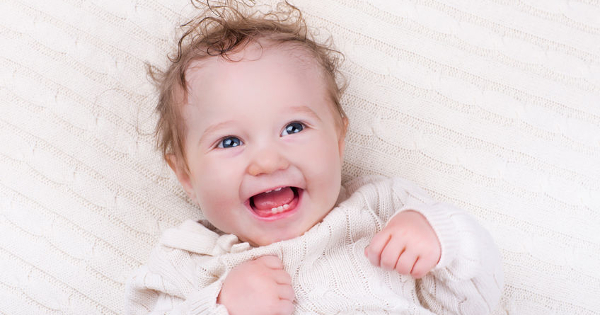 On September 30, the Food and Drug Administration (FDA) issued a strongly worded warning (not a recall) to the general public regarding unsubstantiated dangers supposedly related to homeopathic teething tablets.

A number of media outlets subsequently picked up on this inflammatory message, further exaggerating the already hyperbolic statement made by FDA. The community of homeopathic practitioners, retailers, and consumers takes issue with FDA’s irresponsible and ill-informed action.

In its warning, FDA makes a number of inconsistent statements, arbitrarily calling out specific homeopathic companies, “CVS, Hyland’s, and possibly others.” Although FDA makes the vague claim that teething tablets “may pose a risk,” it then advises the extreme measure that consumers “stop using these products and dispose of any in their possession.” Although it is not a recall, the wording sounds very much like a recall.

FDA specifically warns of the potential for “seizures, difficulty breathing, lethargy, excessive sleepiness, muscle weakness, skin flushing, constipation, difficulty urinating, or agitation” without providing any supporting evidence that these symptoms occurred in children taking teething tablets. The list of symptoms is suspicious for the fact that it consists of well-known adverse effects associated with pharmaceutical grade quantities of the presumed offending ingredients—Belladonna alkaloids.

Of great interest is the fact that Health Canada, the Canadian equivalent of FDA, just released an announcement of its own regarding teething tablets. During the time that teething tablets have been marketed in Canada, it has received a total of three serious complaints, all of which were investigated and dismissed as being unrelated to the homeopathic product in question. Their statement references FDA’s warning and notes that…

“Health Canada is following up with Canadians concerning the recent warning issued by the U.S. Food and Drug Administration (FDA) regarding possible safety issues involving homeopathic teething products in the United States. At this time, there is no indication of a similar safety concern in Canada. We continue to follow up with Canadian manufacturers and the FDA, and to assess all available information.”

It appears that FDA is making an erroneous assumption that the symptoms cited in its warning can be caused by homeopathic Belladonna. While the homeopathic community is very concerned about any child who may have experienced such symptoms, it is indisputably clear that those symptoms could not have been caused by the dosages of Belladonna used in the homeopathic products in question. Hyland’s noted the arbitrary nature of FDA’s warning, which was issued without explanation…

“The fact is that we have not been made aware of any medical or statistical evidence to support a causal link between homeopathic teething tablets and adverse outcomes at this point. We continue to request any available information and statistics from the FDA.”

While FDA has previously singled out Belladonna as an ingredient of concern in teething tablets, it is simply not possible for the quantities contained in these products to produce the symptoms cited. For example, Hyland’s Teething Tablets contain Belladonna 12X, which is homeopathic notation that signifies the degree of dilution of the ingredient in each tablet. This translates to a 0.0000000000003% concentration of Belladonna alkaloids in one tablet. The quantity is so negligible that a child could accidentally consume a full bottle of this product (#135 tablets) and experience no ill effects whatsoever. Nevertheless, Hyland’s errs on the side of safety by noting on the label that teething tablets should not be taken for “more than 7 days unless directed by a physician.”

Compare this to Donnatal, a commonly prescribed pharmaceutical for colitis and irritable bowel syndrome. This drug also contains Belladonna alkaloids. A single tablet contains 0.1037 mg of hyoscyamine, 0.0194 mg of atropine, and 0.0065 mg. of scopolamine. These quantities are far greater than that contained in an entire bottle of teething tablets. One would literally have to eat hundreds of bottles of teething tablets in order to approach the quantity of Belladonna alkaloids contained in a single Donnatal pill. In light of the facts, it appears that FDA is either confused or is applying a much stricter standard to homeopathic products.

In its warning, FDA even has the audacity to weigh in on how physicians should care for teething children, stating that, “Teething can be managed without prescription or over-the-counter remedies.” Here, FDA is clearly overstepping its bounds by presuming to tell physicians how to treat their patients. This, along with other inconsistencies in its statement, has the homeopathic community wondering whether FDA is serving its lawfully intended function or partaking in partisan medical politics.

One can only conclude that although FDA is charged with regulating homeopathy, it is woefully uninformed on the topic. Historically speaking, critics have argued that homeopathic products cannot be effective because the quantities of ingredients used are insufficient to produce any biological effects. FDA appears to be arguing the complete opposite. Its actions reflect a bias that presumes homeopathic medicines to be somehow comparable to conventional pharmaceutical drugs, which they are not. Homeopathic remedies do not have a biochemical mechanism of action. They have bioenergetic effects that cannot be judged by conventional pharmacological standards.

The general public is now left to grapple with two equally false and confusing claims. Are homeopathic medicines nothing more than placebos or are they dangerous enough to induce symptoms like seizures? The answer, of course, is that neither is true. FDA’s lack of knowledge regarding homeopathy has led it to draw false and damaging conclusions about a reputable holistic therapy used by millions of consumers.

Although FDA has regulated homeopathic medicines as drugs since 1938, homeopathics are subject to a different set of rules than conventional pharmaceuticals—and for very good reason. It was understood by the framers of the original legislation that homeopathics were exceptionally safe products that didn’t warrant the same kind of scrutiny as regular drugs. The modern FDA seems to have forgotten this fundamental fact and appears misguidedly bent on applying the logic of conventional drugs to the regulation of homeopathic remedies.

Since FDA has issued a warning but not a recall, and has not given any details regarding the basis for their actions, one has to assume that the evidence for harm caused by teething tablets is weak, and circumstantial at best. One can only speculate as to the circumstances that have led to this uncorroborated warning.

Let’s consider some of the possible reasons for this grossly uninformed warning. It is likely that FDA has decided that homeopathic teething tablets are guilty by association. It is common knowledge, at least among homeopathic physicians, that some teething children are susceptible to febrile seizures. This is a well-documented phenomenon that has been described in the homeopathic literature for more than a hundred years. It is also true that teething occurs during the same age range as when most children receive the lion’s share of vaccinations recommended by the CDC’s immunization schedule.

There is no denying that vaccines can induce seizures in some children. Vaccination-induced seizures have been documented by the Vaccine Adverse Event Reporting System (VAERS) and are listed as potential adverse effects on the package inserts of many vaccines. Given these clear-cut etiologic factors associated with children’s’ seizures, one has to wonder why FDA would place the blame on something as benign as homeopathic teething tablets.

This raises a number of important questions concerning FDA’s motivations. Is this warning related to FDA’s hearings on homeopathy held back in April 2015? What are the real reasons behind FDA’s seemingly antagonistic relationship to homeopathic medicine? Is this an intentional attempt to smear the reputation of homeopathy? Is FDA seeking to undermine the financial standing of the companies that make teething tablets? Is FDA wittingly or unwittingly using homeopathy as a scapegoat to cover for the adverse effects of vaccines? Is FDA being unduly influenced by hate groups like the Center For Inquiry (and by PhRMA who contributes funds to organizations like this) whose mission is to undermine alternative therapies like homeopathy through propaganda, lawsuits, and any means possible to deny citizens their rights to freedom of medical choice?

During last year’s hearings, it became clear that FDA suffers from a lack of understanding of homeopathy and how it works. It was also clear that FDA had the false impression that there is no science or research to support homeopathy. FDA needs to understand that this is pure propaganda. It is patently untrue. There are literally thousands of research trials involving homeopathy, many of which draw positive conclusions regarding its therapeutic abilities. The evidence is there for any open-minded person to see.

The homeopathic community supports the FDA and its role in protecting citizens from the dangers of harmful products. It stands ready to work with FDA in good faith if FDA is willing to do the same. The homeopathic manufacturers involved deserve answers. Homeopathic physicians and practitioners deserve to be treated with respect and to be recognized for the legitimate and positive roles that they have played in U.S. health care for the past 150 years. FDA should stop playing politics and owes the country an explanation.

To learn more about natural, evidence-based benefits for homeopathic remedies, use the GreenMedInfo.com Research Dashboard: 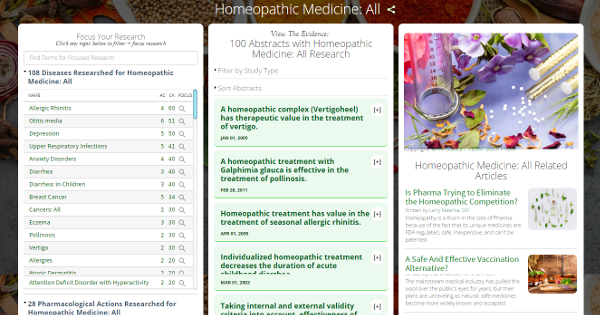 1. FDA warns against the use of homeopathic teething tablets and gels