Flaxseed Versus Fish Oil Supplementation for People With Diabetes 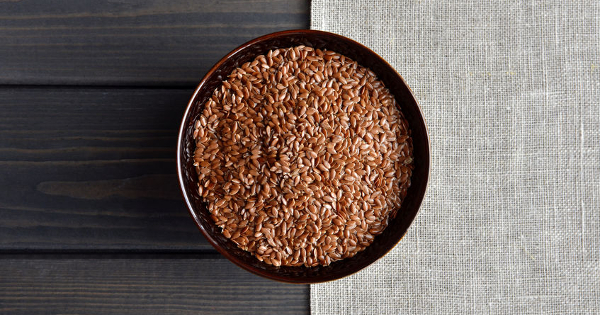 A double-blind, placebo-controlled, randomized study finds flaxseed oil equally beneficial to fish oil supplementation in reducing myocardial disease risk in patients with Type 2 diabetes. This research is beneficial for those looking for plant-based supplements with benefits similar to the well-studied benefits of fish oil

New research found the effects of flaxseed oil are comparable to those of fish oil supplementation in diabetic patients with coronary heart disease.[i]

While fish oil supplementation has long been considered the gold standard of natural remedies in supporting cardiovascular health, flaxseed oil supplements are often used for other ailments including diabetes, cancer, osteoporosis, and neurological and autoimmune disorders.[ii]

Although fish oil supplements have no serious adverse effects, some users find that fish oil causes bad breath, belching, upset stomach, acne, and loss of appetite, while other users complain about the strong taste.[iii] Others may prefer a plant-based option from which to obtain valuable omega-3 fats.

For these reasons, it would be helpful to have additional omega-3-rich substances to prescribe in place of fish oil. In this study, researchers found that flaxseed oil significantly reduced insulin levels in diabetic patients, which has significance for multiple ailments including polycystic ovarian syndrome.

During the study, participants were given either 1,000 milligrams (mg) of fish oil, 1,000 mg of flaxseed oil or a placebo pill twice daily for 12 weeks. All participants had Type 2 diabetes and were considered at risk for cardiovascular disease. In both the flaxseed and fish oil supplementation groups, patients experienced a significant reduction of insulin and nitrite levels and an increase in antioxidant capacity.[iv]

Additionally, participants taking flaxseed oil experienced a reduction in high-sensitivity C-reactive protein, a protein marker for inflammation in the body used to measure risk levels for heart disease and stroke.[v],[vi] Based on these findings, researchers believe flaxseed oil to be equally effective in reducing coronary disease risk as fish oil.

These results suggest that flaxseed oil could be taken instead of fish oil supplements to reduce the risk of heart disease in diabetic patients.

Flaxseed oil has been heavily researched for its effects on numerous diseases and ailments, including polycystic ovarian syndrome (PCOS). PCOS affects hormone levels in women, causing a higher production of male hormones in women with the condition. These hormonal imbalances cause small cysts to grow on the ovaries, create menstrual irregularities and can lead to infertility in some women.[viii]

PCOS is the most common endocrine abnormality in reproductive-age women in the U.S., and researchers have long held that a reduction in insulin levels could reduce the effects of PCOS disorders.[ix] Long-term PCOS is linked with cardiovascular disease and Type 2 diabetes and is typically treated with anti-diabetic drugs.[x]

Given the results of the study comparing flaxseed oil and fish oil and flaxseed oil's strong ability to reduce insulin levels, it's not surprising that researchers have found flaxseed oil to have beneficial effects on insulin metabolism in women with PCOS.[xi]

In a similar study, participants were given 1,000 mg of flaxseed oil omega-3 fatty acid supplements twice a day for 12 weeks and saw a similar reduction in insulin levels compared to the results of the flaxseed/fish oil comparison study, suggesting that flaxseed oil could mitigate the long-term effects of PCOS by preventing diabetes and heart disease as well as reduce the risk of these diseases in Type 2 diabetics.[xii]

In a 2017 study, patients receiving 1,000 mg of omega-3 fatty acid flaxseed oil supplementation saw a reduction in diabetic ulcer size and severity following a 12-week period, suggesting that flaxseed oil may play a beneficial role in wound healing by improving the metabolic profile of diabetic patients.[xiii]

A review by the National Standard Research Collaboration found that flaxseed and flaxseed oil have been studied for their effects on the following ailments:[xiv]

Many research reports on flaxseed oil supplementation study the effects of 1,000-mg dosages for 12-week periods, suggesting that flaxseed oil is effective at this dosage and provides relief when used regularly for a few months.

For diabetics, flaxseed oil may be a similarly effective and safe supplement option to oft-prescribed fish oil supplements, without any of the fishy side effects, or for those looking for a vegan option. To learn more about the benefits of flaxseed oil and its researched effects, visit the GreenMedInfo.com database. 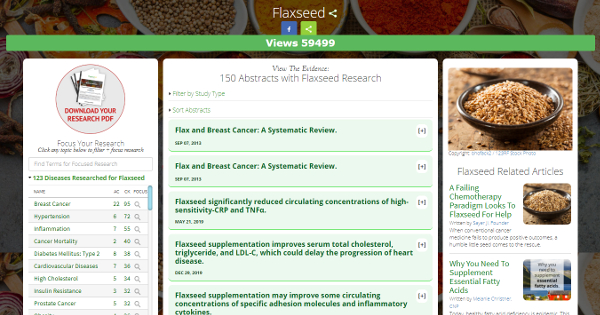