Views 35759
Posted on:
Monday, February 16th 2015 at 7:15 am
Written By:
Margie King, Health Coach
This article is copyrighted by GreenMedInfo LLC, 2015
Visit our Re-post guidelines 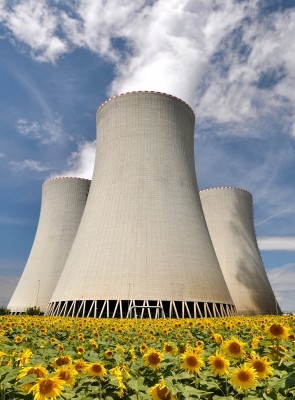 We are bombarded every day by harmful radiation from medical tests like X-rays and CT scans, radon gas and radiation from space.  And there is always worry about fallout from disasters like the meltdown at the Fukushima nuclear power plant in Japan.  How do you protect yourself from radiation?

We are bombarded every day by harmful radiation and, shockingly, nearly half of our radiation exposure in the U.S. comes from medical tests like X-rays and CT scans. The balance comes from radiation in the earth, radon gas and radiation from space.  And many worry about fallout from disasters like the meltdown at the Fukushima nuclear power plant in Japan.

How do you protect yourself from radiation?  Eat your flaxseeds.

A study from the Perelman School of Medicine at the University of Pennsylvania found that flaxseed may help protect lungs against the damage caused by radiation exposure. The researchers believe that flaxseed might also have a role in protecting other healthy tissues and organs before exposure to radiation and significantly reduces damage even after exposure.

According to principal investigator Melpo Christofidou-Solomidou, Ph.D., research associate professor of Medicine, Pulmonary, Allergy and Critical Care Division, the study demonstrates that dietary flaxseed, already known for its strong antioxidant and anti-inflammatory properties, works as both a mitigator and protector against radiation damage.

In several separate experiments, the researchers fed one group of mice a diet supplemented with 10 percent flaxseed, either three weeks before a dose of X-ray radiation to the thorax or two, four, or six weeks after radiation exposure. A control group subjected to the same radiation dose was given the same diet but without the flaxseed supplement. After four months, only 40 percent of the irradiated control group survived compared to 70 to 88 percent of the irradiated flaxseed-fed animals.*

The researchers point out that flaxseed boasts many other qualities that make it particularly attractive as a protection against radiation damage and a mitigator of exposure. "Flaxseed is safe, it's very cheap, it's readily available, there's nothing you have to synthesize," Dr. Christofidou-Solomidou noted. "It can be given orally so it has a very convenient administration route. It can be packaged and manufactured in large quantities. Best of all, you can store it for very long periods of time," making it especially interesting to government officials looking to stockpile radioprotective substances in case of accidental or terrorist-caused radiological disasters.

Co-author Keith Cengel, M.D., Ph.D., assistant professor of Radiation Oncology at Penn, explained in a press release that in cases of nuclear disaster, "a big issue is the 'worried well' -- all the folks who probably weren't exposed but are concerned and want to do something."

Dr. Christofidou-Solomidou added, "But this is absolutely safe. In fact, it is known to increase cardiovascular health ...It's loaded with omega-3 fatty acids."

Along with other researchers, the authors were planning further pilot studies on the potential of flaxseed for mitigation of lung damage in patients awaiting lung transplants and those undergoing radiation therapy, as well as astronauts exposed to radiation in outerspace.

The researchers are already convinced enough to incorporate flaxseed into their own routine. "I actually eat it every morning," said Dr. Cengel, noting, "The potential health benefits are significant and there is no known toxicity—it just makes good sense to me."

The list of potential health benefits of flaxseeds is very impressive due in part to the fact that they are a rich source of lignans.

Lignans are a class of phytoestrogens (plant estrogens) that also act as antioxidants. Other dietary lignans include seeds (sesame, sunflower and pumpkin), grains (rye, barley, wheat and oats), broccoli and beans, but the tiny flaxseed has over 800 times the amount of lignans as any of the others.

An ancient plant, flax (also known as linseed) has been part of human history for over 30,000 years.  It has been used for weaving cloth, feeding people and animals, and even making paint. Hippocrates recommended it in 650 B.C. for abdominal pain. Charlemagne was so taken with the special benefits of flax that in the 8th century he required by law that his subjects consume it.

Benefits of Flaxseed for Menopausal Women

When eaten, lignans are broken down by bacteria in the gut into 2 estrogen-like compounds that circulate through the liver. These compounds have been proven in animal studies to help prevent breast cancer and colon cancer by preventing tumor growth.

In postmenopausal women, studies have shown that eating 25 grams of ground flaxseed a day changes the way estrogen is handled in the body and provides protection against breast cancer.

According to Christiane Northrup in her classic book, "The Wisdom of Menopause," flaxseed lignans "help in both the prevention and treatment of breast and colon cancer because of their ability to modulate the production, availability, and action of the hormones produced in our bodies."

Flax is so good at balancing hormones, that a 2007 Mayo Clinic study of postmenopausal women found that it decreases hot flashes by almost 60%.

To add flax to your diet, grind the seeds in a coffee bean grinder, and add 1 or 2 tablespoons to cereals, yogurt or salads. Ground flax will go rancid so grind only a week's worth and store it in the refrigerator. You can also add it to baked breads and muffins. Aim for 2 to 4 tablespoons per day but work up to that gradually so that your digestive system adjusts to the high fiber.

**GrenMedInfo.com cites and indexes research performed on animals. Please view our position on animal experimentation and cruelty on our dedication page.