Foundations of a New Medicine We Can Not Afford to Ignore

Views 9146
Posted on:
Thursday, November 22nd 2012 at 5:00 am
Written By:
Capt. Randall
This article is copyrighted by GreenMedInfo LLC, 2013
Visit our Re-post guidelines 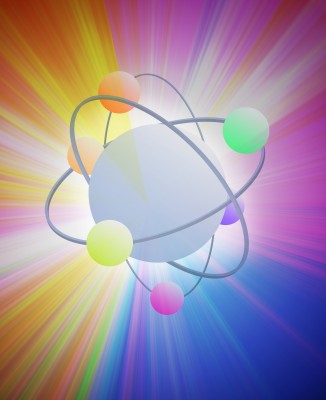 Life at its core is a phenomenon that requires energy in the form of electrons to operate and to keep its structures intact. Living cells are internal combustion engines that must have the right fuel and lots of oxygen to produce energy. Visualize life's molecules snatching/donating electrons, electrons powering cells, electrons traveling through nerves and across fascia.

When electron energy is abundant, oxygen is abundant, immunity is strong and there is health, healing and celebration. But when sugars, electrolyte deficiencies, metals, acidity or damaged fats resist oxygen, the result is cellular suffocation, engine failure and energy shortages... disease.

We live in a competitive world that encourages clever deceptions to be perpetrated on the unknowing by the unscrupulous... and profit-driven medicine is no exception. This is why Linus Pauling was publicly assassinated and dozens of therapies that compete with the pharmaceutical monopoly have been suppressed or banned. Huge inputs of Vitamin C and many other related ideas are universally effective and can heal anything. The truth is just too obvious and inexpensive to be believed.

Vitamin C (as ascorbate) should be looked upon as the premier antioxidant, a cheap safe available electron source. The "electric vitamin" can dampen inflammation and raise body charge to maximize oxygen delivery to generate more life-energy, more electrons... and act as an oxidant in mega-dose by generating peroxides. Purely oxidative therapies and oxygen itself also save lives that would otherwise be lost. (Vitamin C = ascorbic acid and when acid neutralized by sodium bicarbonate, for example, it becomes sodium ascorbate or what is generally referred to as ascorbate.)

Electrons and electro-chemistry are not quackery or spooky New-Age energy medicine (yet frequency of molecular vibration, biofields, biophotons and energy waves are involved on other levels). We are talking about the electron states of life's molecules themselves, + or - , and the fact that like boys and girls, it is the gender and strength of charge that determines molecular relationships. Molecules with available electrons donate to or "marry" those with electron-hungry positive charges so energy in the form of electrons is constantly being transferred and exchanged; shared in bonds, taken by oxidants, given by antioxidants...all to make your biochemistry work and cells function. The molecular world is locked in an endless game of "electron grab-ass!"

Oxidation is what happens when things burn or slowly rust; simply put, the removal of electrons by oxidants from other molecules or their chemical bonds. Well-oxygenated mitochondrial generators produce electrons as they "burn" electron-rich carbon bonds for cell energy. Immune cells operate on electrons, but use powerful oxidation to destroy unwanted debris. Oxidation deconstructs complex molecules and organized matter like bacteria or damaged cells.

Oxidative immune bursts are triggered by pathogens and toxins. When an immune response is prolonged there is a progression into oxidative stress, a state of electron exhaustion where cell molecules begin to be torn apart. Then the four horsemen of inflammation are released; pain, redness, fever and swelling. Heavy metals and radiations source electron hungry oxidant free radicals that add to the damage.

Electron abundance is facilitated by the charge condition of water itself, its electrolyte mineral content, and the integrity of membranes in contact with body fluids. Raising charge increases circulation and the delivery of vital oxygen and materials across cell membranes. The transport function of those membranes is critical and reflects the structures of the fats and proteins they are built of. So charge terrain depends not only on the electrolyte quality of body fluids, but the composition and conductivity of cell and mitochondrial membranes.

Electron-rich antioxidants oppose metabolic and immune oxidation...and the destruction of cell structures. Their strength can be measured on an ORAC scale (Oxygen Radical Absorbance Capacity), the ability of a nutrient to quell oxidants and oxidant free radicals and their disruptive nature of snatching electrons from stable cell molecules. ORAC represents the solar energy contained in foods.

The charge of "sea-water" that life's molecules swim in constitutes the matrix of your cell-filled aquarium and by starting there the energy of life can be raised to maintain health or restore it. An aquarium could be acidic and exhibit weak properties of polarity and charge and gobble oxygen... or be slightly alkaline and contain an oxygen-conducive electric potential (ORP, Oxidation Reduction Potential). Electric potential relies on optimum levels of electrolytes and pH buffers (such as bicarbonate, potassium, magnesium, sodium, chloride and calcium) that when in balance hold and enhance charge.

Charge and charge reversals activate or deactivate DNA function so various enzymes get transcripted or not. Even the building blocks of those enzymes assemble according to the charge terrain within the cell. Everything takes energy, electrons.

Charge and oxygen delivery form the real basis of any cure. Nutrition, toxic burdens/radiations/electromagnetic fields, lifestyle and emotional states all influence charge and thus oxygen levels. Troubleshoot each area to optimize biochemistry. We tend to pigeonhole symptoms into seemingly distinct diseases rather than recognize the gradations of oxidative stress and the descent into circulatory stagnation, cellular suffocation and malfunction that are common in all of them. Shouldn't this be the initial step, to address the negative sea-conditions at the root of disease?

There is a "best" diet; unfortunately no one can agree on what that is. The qualities to look for are fresh/live/raw/grass-fed/free range/wild. Conventional foods are deficient in anti-oxidant electrons, and do not oppose oxidation. In fact the entire industrial paradigm is suffocating. The produce of chemical agriculture rates low ORAC because that system fails to capture solar energy efficiently - and processing, preserving and cooking oxidize and strip electrons from food molecules.

Items like grains and sugars acidify the body, drain charge, cripple the oxygen carrying capacity of fluids and hemoglobin, and hinder membrane transport (see acid/alkaline/glycemic food tables...not government food pyramids). Nutrients can supply or remove electrons and in the end a balance tilted toward electron abundance is the secret of health and longevity. The key lies in building a strong body battery of resilient cells through quality proteins, forbidden fats, well charged phytonutrients and healthy mineral levels.

Metals, organic toxins, and halogens like fluoride are electron bandits that attract pathogens, generate free radicals, wreck cell charge and add to inflammation. Immune cells' ultimate weapon is singlet oxygen...powerful oxidation that is responsible for the "burning" and disintegration of unwanted organic molecules and pathogens. Massive electron inputs are used to unstick and mobilize metals so chelators like chlorella and clay can eliminate them. Inflammation is eventually terminated by removing the source of the insult and by supplying more "flame-retardant" electrons to stop the burning.

Colds are an indicator of contaminated dysfunctional cells and are a virally mediated culling...a life process, a detox event not a "disease." Radiations and trauma result in oxidation, too, the breaking of molecules, requiring electrons to halt further damage. You won't see or understand this foundational science in complex medical studies... these are indisputable facts of chemistry and physics, not cash-driven attempts to treat symptoms.

Lifestyle choices like sunbathing, exercise, fasting, breathing and sleep energize electrons, move fluids and oxygenate the system while turning on genes that encourage the manufacture and release of healing hormones.

Emotional joy and laughter are hormone helpers when fear and tension are replaced by a state of unconditional love, self responsibility, a life under control lived with meditation and mirth. Family, friends and community benefit and return dividends in a more congenial, less stressful social setting. The extreme stress involved in conventional medical diagnosis, dangerous course of treatment and prognosis has been shown to detract from healing and even accelerate the progression of cancer. Most people are unaware of stressful pressures being applied to their psyche in order to satisfy countless ulterior motives. Call it persuasion, marketing or propaganda, the goal is control.

A New Paradigm, A New Approach

When thinking is organized around inner charge environment, the mystery of health and healing unravels. Certain vitamins, minerals and botanicals (See "Healer's Toolbox" in greenmedinfo.com article archive and forbiddenhealing bio on mercola.com) can boost body voltages until cellular function returns. The inclusion of cleansing oxidative elements delivers an immune-like response that then stimulates the production of antioxidant glutathione through a well charged liver and via redox signalling.

Watch for the rise of oxidative medicine using peroxide, ozone and MMS chlorite... along with big-dose ascorbate which acts as an oxidant and an anti-oxidant. Raising charge even results in thinner non-sticky blood that boosts circulation, oxygen delivery, mitochondrial output and voltage production. There are many ways to raise energy and re-balance body charge and all are individually dose dependent, x number of electrons or x number of milligrams needed to overcome oxidative debt. Fit your efforts into this equation, ramping-up quantities as needed and the results will speak for themselves.

Ever wonder why mega-dose/IV Vitamin C, MMS chlorite, chelation/detox therapies, oxidative therapies, HBOT, various herbs, hair analysis and all manner of electromagnetic/frequency devices and alternative therapies have been so vigorously repressed by the medical establishment? Or how fluoride, mercury, sugars, trans fats and countless other dangerous substances escape condemnation? Pharmaceutical medicine, like other industrial businesses, has established a monopoly by controlling information and influencing legal regulations to destroy competition and protect profits.

Fortunately, people are beginning to evolve from the confusion and confining language of industry to recognize the economically oppressive fallacies of conventional healthcare and chemical agriculture... and many MDs are awakening to find their integrity. It is helpful at some point to throw off the "words" and think in pictures...it worked for Einstein.

Electron energy and redox approach should be the backbone of a compassionate economically appropriate system. Just read a good aquarium manual!