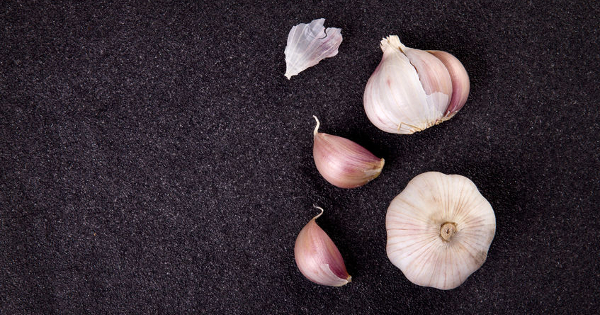 If you have been diagnosed with high blood pressure and are concerned about the harms associated with blood-pressure drugs -- and you should be -- you may want to toss a few extra garlic bulbs into your grocery cart. The wondrous Allium sativum plant can ward off more than vampires -- it may prevent heart attack and stroke

Throughout history, garlic has been relied upon as a natural healing aid and inhibitor of illness. Early materia medica cited garlic for use in pharmacological applications including cold and flu prevention, relieving arthritis, treatment of snake and insect bites, and even stemming the spread of infectious diseases. Traditional healers weren't wrong: garlic has potent antiviral and antibiotic properties.[i]

Medical scientists have embraced this wondrous plant when it comes to finding modern health treatments. GreenMedinfo has compiled nearly 400 abstracts with scientific research on the pungent bulb's almost mythical properties. A member of the onion family, Allium sativum, as garlic is formally known, is native to Asia.

Although it started out as a weed (and can still be wild harvested in some areas), this prized plant has been consciously cultivated over thousands of years to produce the large, dense bulbs that we purchase today. Studies point to an array of life-enhancing health benefits from supplementing with garlic:

… and the list goes on. Among garlic's most beneficial properties is the ability to strengthen and improve heart function. Supplementation with garlic has been shown to decalcify arteries and reduce cholesterol, as well as lower blood pressure and decrease the risk of heart attack.

Conducted by researchers at the College of Pharmacy at King Khalid University in Saudi Arabia, the peer-reviewed trial evaluated more than 200 patients previously diagnosed with stage-one high blood pressure.

Group F was given the prescription beta-blocker drug, atenolol, commonly used to treat high blood pressure, while group G was given placebo. Protocols included recording baseline blood pressure readings at the start of the study, and subsequently at 12 and 24 weeks.

Results of these readings showed "significant decrease in both systolic and diastolic blood pressure in both dose and duration" for the groups receiving garlic supplementation. "In each garlic-treated group, significant reduction in SBP and DBP … were observed" when compared with both atenolol and the placebo.[ii]

Other studies support these impressive findings. In 2016, researchers at Melbourne's National Institute of Integrative Medicine explored garlic supplementation as a treatment for high blood pressure and high cholesterol, as well as providing a beneficial boost to overall immunity. Published in the Journal of Nutrition, the meta-analysis provides strong support for using garlic as a natural prescription to combat symptoms of heart disease.

The meta-analysis involved "searching the Medline database for randomized controlled trials (RCTs) published between 1955 and December 2013 on the effect of garlic preparations on blood pressure. In addition, [researchers] reviewed the effect of garlic on cholesterol and immunity."

Their review included 20 trials with a total of 970 participants. Results showed that garlic supplementation provided an overall mean decrease in SBP and DBP of 5.1 ± 2.2 mm Hg and 2.5 ± 1.6 mm Hg, respectively, when compared with placebo. Analysis of a subgroup of trials involving people with high blood pressure revealed an even larger significant reduction in both SBP and DBP.[iii]

Garlic Is Beneficial for Cholesterol

With regard to cholesterol, a previously published meta-analysis on the effect of garlic on blood lipids in individuals with slightly elevated blood cholesterol indicates that garlic is effective in reducing total and LDL cholesterol by 10% if taken for more than two months. Researchers further assert that "Garlic has immunomodulating effects by increasing macrophage activity, natural killer cells, and the production of T [thymus] and B [bone marrow] cells."

Thymus and bone marrow are two of the primary cellular components of the immune system. By stimulating production of new, healthy cells, garlic provides a boost to immunity that contributes significant healing benefits.

Since garlic supplements are tolerated by most individuals, researchers recommended that garlic be considered as a "complementary treatment option for hypertension, slightly elevated cholesterol, and stimulation of immunity," while calling for additional long-term trials to "elucidate the effect of garlic on cardiovascular morbidity and mortality."[v]

High blood pressure affects approximately 33% of adults worldwide.[vi] Due to an aging population with increased life expectancy, this number is only expected to increase in the future.[vii] While the risks of not treating high blood pressure and other signs of heart disease can be severe, risks from commonly prescribed medications can be just as harrowing.

From increased risk of stroke[viii] to increased overall mortality,[ix] certain frequently prescribed medications have proven to be less of a fix and more of a reason for concern.

Atorvastatin, sold under the brand name Lipitor, is a common drug prescribed for treating arterial plaque and high cholesterol. Lipitor has been linked to problems such as increased liver enzymes, pancreatitis, elevated risk of diabetes, insulin resistance and more.

Conversely, garlic shows nothing but promise as a method for treating cardiovascular disease symptoms, including reducing arterial calcification and infection. And you don't have to consume a metric ton of it to see results. A 2012 Australian study illustrated that as few as four capsules per day of garlic can effect significantly lower blood pressure readings in a matter of months.

It's time to seek out natural alternatives to harmful pharmaceutical drugs. Garlic is a proven and effective medicinal food with a long history of use for heart health. The time has come for this potent plant medicine to be embraced as a powerful ally in the fight for modern wellness