Views 6505
Posted on:
Monday, January 28th 2013 at 5:00 am
Written By:
Margie King, Health Coach
This article is copyrighted by GreenMedInfo LLC, 2019
Visit our Re-post guidelines 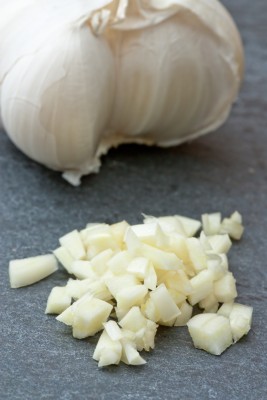 Heart disease is the leading cause of death in diabetics, who have two to four times the risk of death from heart disease as other people. In fact, heart disease accounts for 80 percent of all diabetes-related deaths.

But the good news is that a simple kitchen staple, garlic, has significant potential for preventing cardiomyopathy, a common form of heart disease among diabetics. Cardiomyopathy inflames and weakens the heart's muscle tissue.

Studies have found that garlic might protect against heart disease in the general population as well as help control abnormally high blood sugar levels in diabetics. Few studies however have addressed garlic's effects on diabetic cardiomyopathy.

In an animal study published in American Chemical Society's Journal of Agricultural and Food Chemistry researchers wanted to know if garlic could boost the heart health of diabetics. They fed either garlic oil or corn oil to laboratory rats with diabetes.

Animals given garlic oil experienced beneficial changes associated with protection against heart damage and the improvement was dose dependent on the garlic oil. The researchers believe that the positive changes were associated with the potent antioxidant properties of garlic oil. In fact, they identified more than 20 substances in garlic oil that may contribute to the effect.

Garlic in its whole food form and not just its oil, has long been associated with heart health. It is often referred to as "the stinking rose" reflecting the combination of its strong aroma and wealth of health benefits.

A member of the lily family, garlic is rich in sulfur compounds, something it shares with onions, leeks and chives, all of which are members of the same family. It is these sulfur compounds that are both responsible for the stink and important in supporting heart health.

Here's how it works. Damage to blood vessel linings can be caused by oxidizing free radicals. That oxidative damage also leads to inflammation, and a higher risk of plaque formation and clogging. Garlic's sulfur compounds combat both the oxidation and the inflammation that characterizes cardiomyopathy.

Another sulfur compound found in garlic has been shown to help prevent platelets in the blood from becoming too sticky, thereby lowering the risk of forming a blood clot.

Garlic is a simple and tasty addition to many dishes, and getting a clove a day into your diet is an easy goal.