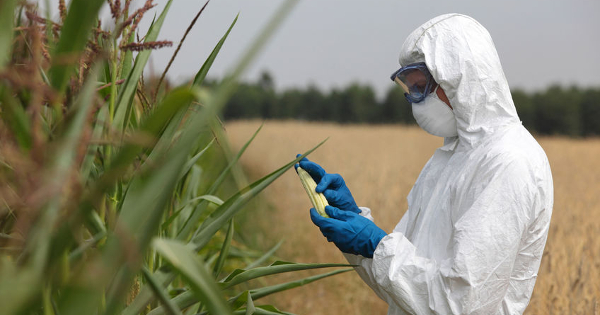 Whether the challenge is low-yield crops in Africa or low graduation rates in Los Angeles, we listen and learn,” states the website of the Bill and Melinda Gates Foundation (the Gates Foundation). Even though it is the richest and most powerful organization in all of international aid, the Gates Foundation prides itself on listening to small farmers.

Its critics, however, have often accused the Gates Foundation of not living up to this goal. The importance of listening to farmers might seem straightforward — to avoid the risk of giving people what they don’t need. But underneath, much more is going on.

Historically, international development was funded not so much for the welfare of the poor, the hungry or the landless, but rather to fight the Cold War. Boosting allied governments, winning hearts and minds, and opening spaces for commercial exploitation by Western corporations were the priorities.

Those bad old days are behind us, according to the Gates Foundation. Their new wave of development interventions has left behind the tainted philanthropic foundations and their Cold War attitudes. Aid is now altruistic.

However, on account of the Gates Foundation’s heavy-handed efforts to control the development agenda, not everyone is convinced.

If it doesn’t ask the farmers what they need, however, who does a development foundation ask? The answer, says the Gates Foundation, is science. The Gates Foundation has nailed its flag to the mast of big data and scientific rigor. It has aggressively pursued scientific data collection as the key to effective action in health care, education and now agriculture.

The problem with science, however, is that it is dissonant and contradictory. Scientific literature overflows with competing paradigms and answers for how to best help small farmers.

This then is the context for a new Gates Foundation endeavor, Ceres2030, launched at the recent gathering of the Committee on World Food Security in Rome, Italy, on October 16. Co-funded with the Germany’s Federal Ministry of Economic Cooperation and Development with a starting grant of $3.1 million, Ceres2030 is a nonprofit based at Cornell University.

Ceres2030 is also a partnership with the International Food Policy Research Institute of Washington, DC, and The International Institute for Sustainable Development of Winnipeg, Canada — organizations, detractors will note, with solid neoliberal credentials and strong corporate connections.

Its press release describes Ceres2030 as a “groundbreaking data project to support smallholder farmers and end hunger.” It will “map the fullest possible range of knowledge in agricultural research, establish protocols for systematic review, create a risk-of-bias tool, and then drill down to find the most powerful interventions that can help end hunger.”

In this way, according to Ceres2030 Co-Director Jaron Porciello of Cornell, who spoke about Ceres2030 at a seminar held at the university on November 8, the nonprofit “provides the tools, the framework and the opportunity” to build consensus on development.

More specifically, Ceres2030 will use “natural language processing” to computationally parse the scientific literature on agricultural interventions to find those of greatest benefit to small farmers. A “Global Advisory Board” will select authors and topics. The chosen authors will then write flagship review articles for a paid-for special issue of the prestigious Nature magazine (slated for early 2020). These reviews will then underpin a media outreach strategy whose intent is to sway G7 donor spending to better help those farmers.

Even before the exact nature of the “risk-of-bias tool” is revealed, this approach to consensus-building will raise alarm bells for those already doubtful of the disinterestedness of the Gates Foundation­.

For one, the definition of an intervention in agriculture, according to Ceres2030, is one that raises crop productivity. According to Porciello’s presentation, that means doubling smallholder output.

For productivity to be the key goal is highly significant. A focus on productivity sidelines at the outset numerous other approaches to reducing hunger and helping farmers. Many types of potential interventions that could transform smallholder agriculture — such as targeted subsidies, commodity price floors, land distribution or food sovereignty, all of which don’t require yield increases — are automatically excluded by the narrow focus on production.

Productivism, as it is called, represents an agenda. It is a premise whose well-recognized effect is to remove the politics from hunger and poverty. More than that, it provides a ready-made entry point for certain other classes of solutions: the chemicals and GMOs of agribusiness, the promotion of which the Gates Foundation is rapidly becoming known for.

Alarms will sound still louder since Global Advisory Board members announced by Porciello include former Cornell University Dean Ronnie Coffman, who is Cornell’s Director of International Programs in the College of Agriculture and Life Science. As such, Coffman is Porciello’s boss at Cornell. Coffman, more than anyone else, is also agribusiness’s man at Cornell, as witnessed by his secretaryship of the International Service for the Acquisition of Agri-biotech Applications, an agribusiness lobby group for GMOs based at the university.

The stated goals of the Alliance are banal: “We provide accurate information” via a “global network of science communicators.” And through the Alliance, every year, a new cohort of 20-30 “Global Fellows” are trained in media work. The Alliance’s website though, much of it written by the fellows, reveals its agenda, with titles like: “Opposition to GM animals could leave millions hungry” and “Unfairly demonized GMO crops can help fight malnutrition.” Perhaps most revealing is this permanent text on the Alliance’s website:

Based on internal emails obtained from Cornell via the Freedom Of Information Act (FOIA), the nonprofit US Right To Know concluded that “The Cornell Alliance for Science is a PR Campaign for the Agrichemical Industry” which uses Cornell’s name as cover.

The other Cornell member of the Ceres2030 appointed Global Advisory Board is Cornell Professor Prabhu Pingali. In 2015, through another set of FOIA emails also obtained by US Right To Know, Pingali was found to have conspired with Monsanto executive Eric Sachs and PR executive Beth Anne Mumford to place into scientific literature “subjects chosen for their influence on public policy.” (See the emails attached to this article.) That 2015 goal — infiltrating the scientific literature — is noteworthy for replicating, on a lesser scale, the mission of Ceres2030.

Mumford subsequently moved to Americans for Prosperity, a right-wing lobby group funded by the Koch brothers, whose website boasts that Mumford “has spent her career learning how to educate the public, organize grassroots armies, and apply relentless grassroots pressure on wayward lawmakers.”

Comparisons between Ceres2030 and the Cornell Alliance for Science extend not only to the similar PR strategy of using science to advance specific ends, Gates funding and reporting to the same boss, but even to sharing the same Cornell office.

The endgame for Ceres2030, according to Porciello’s Cornell presentation, is to publish “7 to 11” highly visible academic reviews in Nature magazine in early 2020 designed to showcase and promote science specifically chosen by Ceres2030, the Gates Foundation, and behind them, it is harder than ever to doubt, agribusiness.

Whoever conceived it, the creation of a specific organization for the express purpose of infiltrating the scientific literature at the very highest level represents an expensive and sophisticated marketing and PR strategy. And it appears that Nature magazine is already lined up. Nature has decided that pay-to-play is consistent with reputable science publishing. It is a business model that should remunerate Nature handsomely. The apex of the scientific literature is exceedingly valuable real-estate. It will buy priceless influence with policymakers — unless, that is, someone informs them exactly how it was achieved.

Vegetables: All
Fruit: All
Legumes
Red Meat
Poultry
Nuts: All