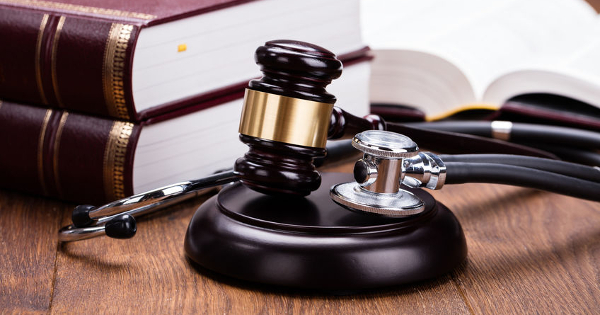 A deeper look into the latest crushing defeat of Bayer/Monsanto in the tidal wave of upcoming Roundup Cancer trials...

$80 million in damages was the figure the jury arrived at in a unanimous verdict against Monsanto for failing to warn Edwin Hardeman of the cancer risks of the world's most widely used herbicide product, Roundup. Bayer AG, who acquired Monsanto in 2018, has faced increasing public backlash both legally and in the court of public opinion. Dewayne "Lee" Johnson was the first person to take Monsanto to court alleging that exposure to their Roundup herbicide caused him to develop non-Hodgkin lymphoma and that the company covered up the risks. Johnson's case made international headlines in 2018 after a unanimous verdict awarded him $289 million for damages from the company; which a judge later reduced to $78 million.

Attorneys for plaintiff Edwin Hardeman said in a statement, "It is clear from Monsanto's actions that it does not care whether Roundup causes cancer, focusing instead on manipulating public opinion and undermining anyone who raises genuine and legitimate concerns about Roundup."

While Bayer released its own post-trial statement saying in part, "…this verdict does not change the weight of over four decades of extensive science and the conclusions of regulators worldwide that support the safety of our glyphosate-based herbicides and that they are not carcinogenic." The company has attempted to remain scientifically stoic in the face of two unanimous legal losses and over 11,000 more cases waiting for their day in court. Yet outside the limited talking points and press soundbites offered by Bayer AG, court discovery documents,  testimony, and jury decisions have told a very different story about their glyphosate-based herbicide products.

The recent Hardeman case differed from last year's Johnson case as Hardeman's co-lead trial council Aimee Wagstaff stated, "…in the first phase of this case we looked just at the science and we separated the science from all of the bad conduct of Monsanto." Phase two did focus on Monsanto's conduct which led to $75 million in punitive damages awarded by the jury.

"At some point this company needs to come clean and own up to the fact that its product is dangerous," said the plaintiff's attorney Jennifer Moore. During the second phase, the jury heard evidence that between 1980 and 2012, Monsanto was aware of five epidemiological studies, seven animal studies, three oxidative stress studies and 14 genotoxicity studies that linked its Roundup products to cancer.

Coming to light in both court cases was the fact that for over 40 years, Monsanto failed to safety test its complete glyphosate-based Roundup formulation product. Instead, the company relied on now-questionable scientific data from just one component of the product, glyphosate. How have regulators across the world allowed Roundup to be sold and used so ubiquitously without requiring validation that the entire formulation was not carcinogenic? In the Johnson trial, discovery documents showed Monsanto's Head Toxicologist Donna Farmer, PhD, when advising executives on public messaging about Roundup®, write in an internal email:

"…you cannot say that Roundup is not a carcinogen ... we have not done the necessary testing on the formulation to make that statement."

It was in 2015 when a working group of 17 experts from 11 countries met at the International Agency for Research on Cancer (IARC), the specialized cancer agency of the World Health Organization. The IARC experts looked at the available published scientific evidence to evaluate the carcinogenicity of glyphosate. Their findings led to the classification of glyphosate as "probably carcinogenic to humans" (Group 2A). IARC also concluded that there was "strong" evidence for genotoxicity, both for the "pure" glyphosate and for glyphosate formulations.

In 2016, the scientific journal Critical Reviews in Toxicology (CRT) published evidence to contradict IARC's 2015 findings. Titled A review of the carcinogenic potential of glyphosate by four independent expert panels and comparison to the IARC assessment, the 2016 paper concluded,

"…the totality of the evidence…as judged by the Expert Panels, does not support the conclusion that glyphosate is a "probable human carcinogen" and…the Expert Panels conclude that glyphosate is unlikely to pose a carcinogenic risk to humans." At the time, these findings were so significant they were picked up by major media outlets around the world.

The 'Independent Expert Panel' study stated under CRT's "Declaration of interest" section that, "…each individual participated in the review process and preparation of this paper as an independent professional…Neither any Monsanto company employees nor any attorneys reviewed any of the Expert Panel's manuscripts prior to submission to the journal."

However, internal Monsanto documents discovered and used in Dewayne Johnson's trial showed that the study and its data were developed by Monsanto in an effort to discredit IARC. Although not disclosed by CRT, William F. Heydens, one of Monsanto's top scientists, reviewed the manuscripts, helped draft them, and was actively involved in their editing.

Journalist Carey Gilliam was present reporting from the Hardeman trial. Eight days before the eventual $80M verdict she wrote, "The judge is allowing portions of a 2015 internal Monsanto email in which company scientist Bill Heydens discusses plans to ghostwrite a series of new scientific papers that will contradict IARC's classification of glyphosate because in that email, Heydens remarks on how this plan is similar to the ghostwriting of a scientific paper published in 2000 that found glyphosate to be safe." The findings and evidence of ghostwriting clearly had a significant impact on the jury's decision and award amount.

Although not allowed as evidence in the Hardeman trial, deposition from Monsanto executive Sam Murphy shows Monsanto allocated "$16 or $17 million" in 2016 in an-all out effort to combat IARC's 2015 study.

There will be no legal respite for Bayer AG as the third lawsuit against Monsanto has now begun in Oakland, California just one day after the Handeman verdict. This time the case will revolve around a married couple in their 70s who both claim to have developed non-Hodgkin lymphoma after using Monsanto's glyphosate-based herbicide products. The Murphy deposition is expected to be introduced in the now ongoing Oakland trial. At the time of this writing, Bayer AG's stock price has plummeted 19.92 percent over the last month.