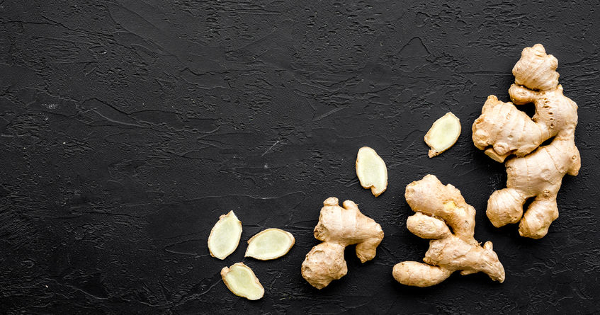 Medicinal herbs such as turmeric, cardamom and ginger have long been found to have therapeutic and healing effects on illnesses that target the bones in the feet and knees, including osteoarthritis.[i] In a new study, however, researchers observed the effects of ginger on rheumatoid arthritis.

Rheumatoid arthritis is an autoimmune disease that causes pain and swelling of joints in the wrists, hands and feet. There is an approximately 2% incidence rate of rheumatoid arthritis around the world, with at least 1.3 million Americans affected by this painful disorder.[ii]

To understand how ginger can be used to treat rheumatoid arthritis, researchers from Iran University of Medical Sciences ran a randomized, double-blind, placebo-controlled clinical trial and administered ginger powder to rheumatoid arthritis patients for 12 weeks.[iii]

In the 12-week study, researchers from Iran assigned participants into two groups that would either receive 1,500 milligrams (mg) of ginger powder in capsules or a placebo. They measured disease activity score and the gene expression of immunity and inflammation factors such as NF-κB, PPAR-γ, FoxP3, T-bet, GATA-3 and RORγt before and after the intervention. They concluded:

The results of the study showed that ginger reduced manifestations of the disease via increasing FoxP3 gene expression alongside decreasing RORγt and T-bet gene expression. The T-bet gene was shown to trigger the symptoms of rheumatoid arthritis among patients.

Ginger root (Zingiber officinale) is a medicinal herb that contains bioactive terpenes, which is only one among various components that make it a plant powerhouse.

In the early spice trade, ginger was exported from Southeast Asia and India and delivered to Europe. Ayurveda and traditional Chinese medicine consider ginger a "digestive fire" because the root is warm and stimulating.

Because of its therapeutic effects, ginger has been known to have "anti-emetic, antifever, anti-cough, anti-inflammatory, anti-diabetic, anti-hyperlipidemic, and anti-cancer properties."[iv]

A 2016 study revealed that ginger is effective in treating knee osteoarthritis[v] when combined with echinacea extract. In fact, patients who received 25 mg of ginger and 5 mg of echinacea showed significant improvements in swelling, with a decrease in knee circumference. Ginger oil can also be used to provide short-term knee pain relief.[vi]

After up to three months of treatment, researchers found ginger effective in treating the symptoms of menstrual cramps (dysmenorrhea). Other research that studied the effects of ginger within the first three to four days of the menstrual cycle supported this claim.[viii]

To find out more about the effects of ginger as a medicinal herb, GreenMedinfo.com has compiled 322 medical abstracts about this wondrous natural healer. We also provide a comprehensive database of rheumatoid arthritis research where you can learn more about this painful, debilitating condition and how to manage it using natural solutions. 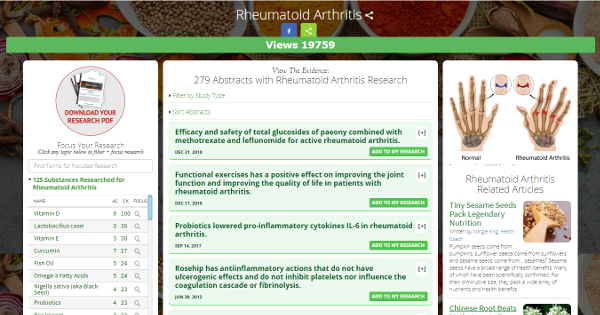