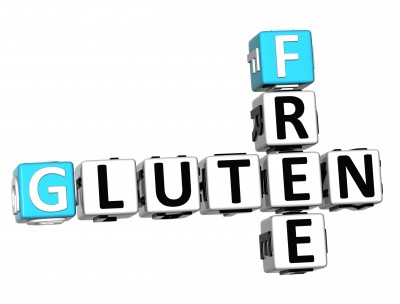 Gluten-free foods seem to be popping up everywhere. Is this just another diet fad?

Just five years ago, asking your server for gluten-free choices would get you the proverbial blank stare. Today it's more likely to elicit a menu page of choices. Family chains, some fast-food outlets, even ball park vendors, now include gluten-free options. Why are millions of Americans suddenly eschewing wheat? Is this just another craze, like the grapefruit diet? What exactly is gluten, anyway?

Let's start at the core, or more precisely, the endosperm. Gliadin and glutelin combine to  form gluten, a protein bound with starch in the endosperm of grains — specifically wheat, rye, barley and triticale (a hybrid of wheat and rye). (Maize, rice and other members of the grass family also contain proteins sometimes referred to as gluten; the proteins are dissimilar and most gluten-sensitive people don't react to them. New research, however, is showing that corn can cause problems for gluten sensitive individuals).

Why the focus on gluten? In baking, gluten provides strength and texture; it assists bread to rise, adds elasticity to the dough and stability and chewiness to the finished product. It has found other recent uses in food production: enhancing protein content, forming the basis for meat substitutes and conferring stability or thickening in products as dissimilar as catsup, Worcestershire sauce, sashimi and ice cream. Even beer, because it is brewed from malted barley, contains gluten.

If gluten is such a major player in our diet, how is it that anyone would be "intolerant" of such a useful protein? The answer combines history with biology. Consider that the practice of agriculture is a scant 10,000 years old. We humans, by comparison, have been evolving as large-brained primates for over four million years. Our ancient digestive system has simply not had time to adapt to this alien protein. Some people are able to handle gluten with no apparent problems, but many others develop wheat allergies, gluten intolerance, or celiac disease — all different, but all reactions to the gluten in our grains. Still others may have sub-clinical damage that goes unrecognized and undiagnosed. It would appear that wheat itself is a universal human toxin, and those who are symptomatic are simply the figurative canaries in the coal mine.

Yet every society has its signature bread or pasta. Wheat has such a long cultural tradition, with biblical roots and innumerable branches, that any mention of harm prompts cries of alarm and outrage.  Where did this explosion of gluten intolerance come from? Has something changed?

In fact, it has. As our food is increasingly processed, the demand for gluten has grown. Over the past 50 years the original ancestor of wheat has been so thoroughly hybridized that today's version bears little resemblance to its parent. It has been dwarfed, made more robust, and had its gluten content deliberately increased in modern time to up to 50% higher levels than ancient forms of non-hybridized wheat. A predictable correlation: over the same 50 years, celiac disease has increased by 400%, and the rate of gluten intolerance parallels that rise. 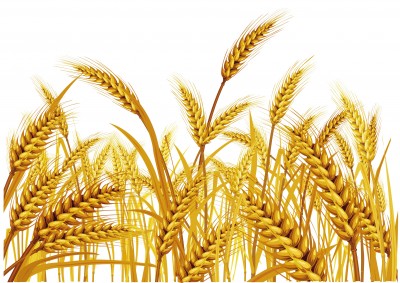 What havoc has the evil gluten been wreaking while you were blissfully unaware? Mainly, the chronic inflammation in your intestines has been destroying the villi and preventing absorption of essential nutrients, meaning that you are probably malnourished. You may have been eating a healthful diet, but intestinal damage prevents you from absorbing the nutrients you consume.

For confirmation, a hair analysis can identify deficiencies in essential vitamins, macro minerals and trace elements. A baseline now will provide a platform to work from; as you address nutrition, a second and third follow-up in 6-month or annual intervals will assess progress. Remember, too, that 70% of your immune system is in your gut. Your digestive system matters!

How do you know if you are gluten-intolerant (or gluten-sensitive — the terms are used interchangeably)? Unlike celiac disease, there is no single reliable test for sensitivity to gluten. To further confuse the issue, it frequently masks as headaches, migraines, joint pain, rashes, depression, itching, nausea, vomiting, bloating, cramping, diarrhea, IBS, fatigue, flu, fibromyalgia...or is asymptomatic, making diagnosis challenging.

The most reliable test is to simply go gluten-free (GF) for a month. Listen to your body. Did your discomfort diminish? Do you have less pain? More energy? Do you "just feel better"? Now try re-introducing wheat. Do symptoms return? That's a pretty reliable indicator that going GF will mean a healthier You.

Gluten intolerance is not a precursor to celiac disease, though they share many characteristics. Both are specific conditions. One theory suggests that gluten intolerance exists on a spectrum, from extremely sensitive to unreactive. Some experts believe that it has additional symptoms that manifest in organs other than the digestive tract. Among them are neurological symptoms like gluten ataxia (clumsiness, lack of coordination) and gluten neuropathy (numbness and tingling in the extremities). The more you learn, the more appealing the idea of a gluten-free experiment.

Cue the anguished howl: "But how can I give up pasta?" "What, no bagels?" "I can't live without bread!" It's regrettable that the knee-jerk response to going grain-free is denial ("It's just not do-able") or that it's difficult, time-consuming and expensive. Anything is do-able if you are committed to doing it. The "quick, cheap and easy" mantra helped to steer us down the present road to dietary disaster. Yes, cooking from scratch is more time-consuming than serving crap-in-a-box, but anyone who can read can follow a recipe; it's routine for me to have a meal on the table in under 30 minutes. As for cost, have you priced health insurance or medical bills lately?

If you are ready to reverse your deteriorating health and restore the joy that's missing in your life...let's begin.

In addition to eliminating the obvious wheat, rye and barley, you are about to become a dedicated label reader. Gluten hides in astonishing crevices and pops up unexpectedly in soy sauce, malt vinegar, mustard, salad dressings, potato chips, even medications. Words like graham, spelt, kamut, bulgur, couscous, durum, einkorn, emmer, farina, faro, kamut, spelt, triticale, semolina, and even MSG may signal the presence of gluten.

Frozen "diet" dinners typically include gluten. Sashimi, that imitation crabmeat, contains gluten, though I had to ask at the fish counter for the list of ingredients. To further confuse you, companies frequently change product recipes, so what was GF last week suddenly contains an unwanted element.

If this list sounds utterly confusing, that's because it is, but take heart — there's an easy out. Avoid processed foods. That's it. Stay out of the supermarket's inner sanctum; shop the perimeter. Fresh fruits and vegetables, cheeses, butter and coconut oil, seafood, pastured meats and poultry, all are GF. Uh-oh, I hear you say. I have a full-time job. Does this mean I'll have to cook everything from scratch? In a word, yes. I did it all my adult life, so how hard can it be? Having recently gone GF as well, I'm going to share my strategies. Pick what works for you...invent some of your own.

Going GF means an end to cold cereals, sandwiches and pasta-based meals. Weekday breakfasts consist of eggs, bacon, sausage, fruit and cheese, 5-minute oatmeal, yogurt with nuts and berries. Canned sardines are some people's first choice for breakfast. On weekends I might make buckwheat pancakes (buckwheat's not a grain, and it makes splendid fluffy pancakes). Lunch is a salad or leftover stir-fry, both easily carried to work.

Did you notice how simple life just became? And there are workarounds. Sandwich fillings can be captured between two crisp lettuce leaves. I adore cucumber sandwiches, maybe just because it's a way to get mayonnaise, horseradish and coarse black pepper to my mouth...sans bread, I simply combine the rest in a bowl and dig in. Same result — happy tummy!

There are other workarounds for the missing grains. I rely on quinoa as a bed for stir-frys and, with additions, as a side dish in its own right. Some choose it as a substitute for rice; millet's nutty flavor is a stand-in for rice as well. (Rice is gluten-free but too high in starch for anyone managing diabetes). Fruits and nuts are wholesome snacks, and the nuts are high in healthy forms of Omega-6 fats. Shirataki/glucomannan noodles are available online or from your local natural foods store.

The marketplace has been quick to respond to the surge in gluten intolerance with an array of GF products. Some of these, like rice-based pasta, might ease the transition to completely grain-free. Spaghetti squash is another G-F way to deliver the pasta sauce to your taste buds...or try "shaved" zucchini strips for noodles. Because I'm a former Type 2 diabetic, I have to pass on most of these because they are typically high in starches or sugar. The few that I've tried have been largely disappointing and serve as a reminder that processed foods are mostly plastic anyway.

One final observation. If you determine that you are gluten intolerant, "fewer grains" or "less gluten" is not an option. Any gluten lapse will re-create inflammation and wake up symptoms. Going gluten-free, if it works for you, is a lifetime journey. Every journey begins with a single step. Why not take your first step tomorrow?

Huffington Post: "Should Everyone Avoid Gluten for Good Health?"

Peggy Gannon is an alternative health researcher and owner/administrator of the natural health site, Hawkes’ Health (https://www.hawkeshealth.net). She farms and gardens organically in rural Maine.