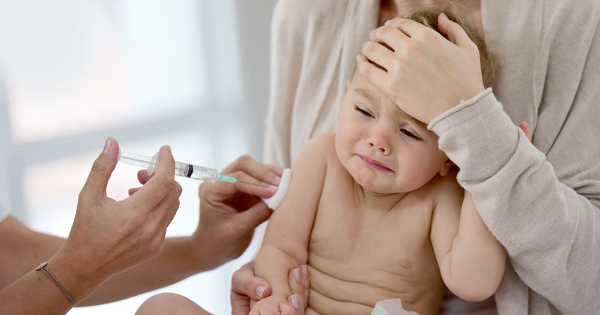 Glyphosate, the active ingredient in Monsanto's flagship herbicide Roundup and hundreds of other herbicides, has been found in vaccines. Moms Across America received preliminary screening results from Microbe Inotech Laboratories Inc. of St. Louis, Missouri, which showed:

The MMR II vaccine had levels up to 25 times higher than the other vaccines. Following our test, additional independent tests have confirmed these findings at or above the same levels. The tests were conducted using the ELISA method.

Vaccines contain many ingredients that could be genetically modified (GMO). More than 80 percent of GMOs are genetically engineered to withstand glyphosate-based herbicides and the U.S. Environmental Protection Agency (EPA) allows glyphosate on 160 non-organic food and feed crops. These facts made us wonder if glyphosate could be contaminating not only our water, urine, breast milk, food, soil, beer and wine, but also vaccines.

According to MIT scientist Dr. Stephanie Seneff, "Glyphosate could easily be present in vaccines due to the fact that certain vaccine viruses including measles in MMR and flu are grown on gelatin derived from the ligaments of pigs fed heavy doses of glyphosate in their GMO feed. Gelatin comes from collagen which has lots of glycine. Livestock feed is allowed to have up to 400 PPM [parts per million] of glyphosate residues by the EPA, thousands of times higher than has been shown to cause harm in numerous studies."

French scientist and glyphosate expert Gilles-Eric Séralini has shown in his research that glyphosate is never used alone. It is always used with adjuvants (co-formulants/other chemicals) and he has found those adjuvants to make Roundup 1,000 times more toxic. The detection of glyphosate in vaccines with this methodology would indicate the presence of other co-formulants which are also toxic.

On Aug. 31, 2016, Moms Across America sent a letter to the U.S. Food and Drug Administration, Center for Disease Control and Prevention, EPA, National Institutes of Health, California Department of Health and Sen. Barbara Boxer requesting that they make it a priority to test vaccines for glyphosate, recall contaminated vaccines and the EPA revoke the license of glyphosate to prevent further contamination.

"This calls for independent scientists, without financial ties to Monsanto, to investigate these findings, and if verified, immediate regulatory and legislative action," said Robert F. Kennedy, Jr., co-founder of The Mercury Project. "Lawyers litigating against Monsanto should be looking into the company's awareness of this contamination and its effect on children. The public needs to be ready for Monsanto and vaccine manufacturer backlash by their PR machines on this potentially grave information."

Dr. Toni Bark, founder and medical director of the Center for Disease Prevention and Reversal and co-producer of the movie BOUGHT, had this to say after reviewing the test results:

I am deeply concerned about injecting glyphosate, a known pesticide, directly into children. Neither Roundup nor glyphosate has been tested for safety as an injectable. Injection is a very different route of entry than oral route. Injected toxins, even in minute doses can have profound effects on the organs and the different systems of the body. In addition, injecting a chemical along with an adjuvant or live virus, can induce severe allergic reactions to that substance as vaccines induce the immune system to create antibodies to whatever is included in the vaccine. Since glyphosate is heavily used in corn, soy, wheat, cotton and other commodities, we can expect to see more severe food allergies in the vaccine recipients. In addition, chemicals in ultra low doses, can have powerful effects on physiology behaving almost as hormones, stimulating or suppressing physiological receptors."

To learn more about the unintended, adverse effects of Vaccines, use the GreenMedInfo.com Research Dashboard: 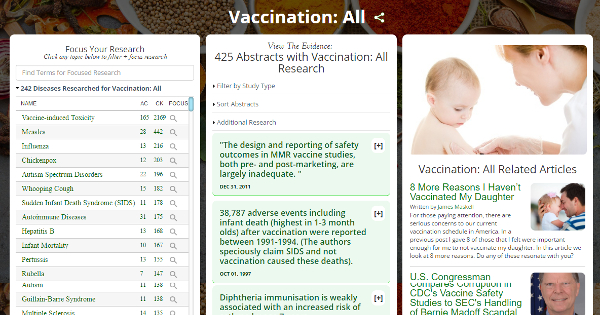