Views 26942
Posted on:
Thursday, October 18th 2012 at 5:00 am
Written By:
Heidi Stevenson
This article is copyrighted by GreenMedInfo LLC, 2012
Visit our Re-post guidelines 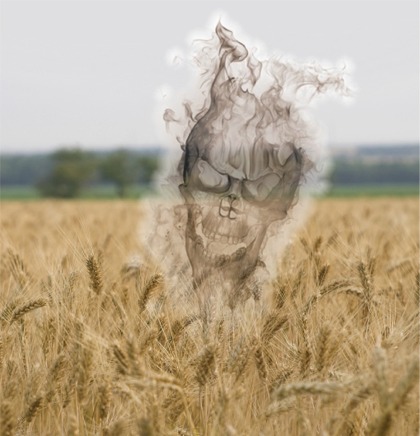 The Australian government, in the form of its science research arm, is joining Agribusiness profiteering by designing a GM wheat that could kill people who eat it & be inherited by their children.

We have not yet seen the worst damage that genetic engineering may do. Australia's governmental agency, Commonwealth Scientific and Industrial Research Organisation (CSIRO), is developing a wheat species that is engineered to turn off genes permanently.

Professor Jack Heinemann at the University of Canterbury's Centre for Integrated Research in Biosafety  has studied the wheat's potential. Digital Journal reports that he says1:

What we found is that the molecules created in this wheat, intended to silence wheat genes, can match human genes, and through ingestion, these molecules can enter human beings and potentially silence our genes. The findings are absolutely assured. There is no doubt that these matches exist.

The implications are clarified by Professor Judy Carman of Flinders University:

If this silences the same gene in us that it silences in the wheat—well, children who are born with this enzyme not working tend to die by the age of about five.

Silencing the equivalent gene in humans that is silenced in this genetically modified wheat holds the potential of killing people. But it gets worse. Silenced genes are permanently silenced and can be passed down the generations.

The wheat genes involved are called SEI. The specific sequences of those genes are being termed classified confidential information. CSIRO, which is part of the Australian government, is developing a commercial application, but refuses to divulge the information that's most significant to the people of Australia! The government is apparently more interested in profits than in the people's safety.

Dr. Heinemann was asked to provide his opinion of CSIRO's genetic engineering on wheat plants and produced the report "Evaluation of risks from creation of novel RNA molecules in genetically engineered wheat plants and recommendations for risk assessment"2. He discusses the nature of the genetic entities that are being played with and explains how they can affect human health.

RNA is similar to DNA, which is the molecule that carries genetic inheritance. There are several types of RNA, but a particular group called double stranded RNA (dsRNA) is of concern. Heinemann writes:

dsRNAs are remarkably stable in the environment. Insects and worms that feed on plants that make dsRNA can take in the dsRNA through their digestive system, where it remains intact.

He delineates research documenting that once dsRNA is taken through an animal's skin or digestive tract, it can wreak havoc. It circulates throughout the body and has been known to be amplified or cause a secondary reaction that:

Heinemann points out that a silencing effect on a gene, once initiated, can be inherited. Though it's known to happen, little is yet known about the process.

Once taken up, the dsRNA can circulate throughout the body and alter gene expression in  the animal.

That is, gene expression can be altered as the result of eating a food with dsRNA altered by genetic engineering. Judy Carman, of Flinders University, who also provided an expert opinion, wrote in "Expert Scientific Opinion on CSIRO GM Wheat Varieties"3:

In fact, employees from the world's largest GM company, Monsanto, have written at least one paper about how to commercially exploit the fact that dsRNA survives digestion in insects, in their attempts to try to control insect pests of plants. That is, the plant is genetically engineered to produce a dsRNA, which insects ingest when they eat the plant; the dsRNA survives digestion in the insect and then silences genes in the insect to stunt its growth and kill it.

There can be no question that dsRNA can be transferred to humans by eating.

As a result, there is a chain of evidence to show that there is a risk that the dsRNA from this GM wheat may survive digestion, enter the tissues of people that eat it and silence a gene or genes in those people. There is also evidence that any genetic changes so produced may be stable and become established in many cells of an organ. Furthermore, there a possibility that these changes may be passed-on to future generations.

The wheat genes involved are called SEI. They have extensive similarities with the human GBE gene, which controls glycogen storage. If the GBE gene is defective, it leads to certain death from liver cirrhosis at a very young age. Another defect in the gene results in adult polyglucosan body disease (APBD) in adults over age 40, causing cognitive impairment, pyramidal quadriplegia, peripheral neuropathy, and neurogenic bladder.

Dr. Heinemann investigated and found that sections of the two genes, SEI and GBE, are a perfect match. Because CSIRO is saying that the specific SEI sequence that's modified is classified confidential information, we cannot know for certain what harm might be done to humans. However, it's obvious that shutting down a section of the GBE gene holds the potential of death—yet, Heinemann showed that it's not only possible, it's likely!

Judy Carman focused more on the lack of appropriate or adequate risk assessment for the modified wheat. She is very concerned that no consideration was given to checking for:

She is very concerned that the oversight agency, the Office of the Gene Technology Regulator (OGTR), and CSIRO "appear not to be looking for any adverse effects in people, but intend to go directly to look for any benefits." She concludes:

It appears that neither organisation has appreciated or properly safety assessed this wheat in the light of the fact that the dsRNA produced in these GM wheat varieties may survive digestion, enter the tissues of the body and silence a gene or genes in the recipient. It also appears that neither organisation has "joined the dots" to appreciate that, of all the genes that could be silenced, the most likely one is a similar branching enzyme in animals and people and that silencing it could seriously impair or even kill those that eat it.

The Australian government appears to have become nothing more than another Agribusiness corporate entity. They're using the people's money to fund a massive profit-making venture in genetic engineering without any consideration for the potential harm that may be done to either the environment or the welfare of the people. Not only are they willing to risk mass deaths from products they're hoping to put on the market, they also seem to have no concern for whether they might be doing permanent damage to generations that follow.