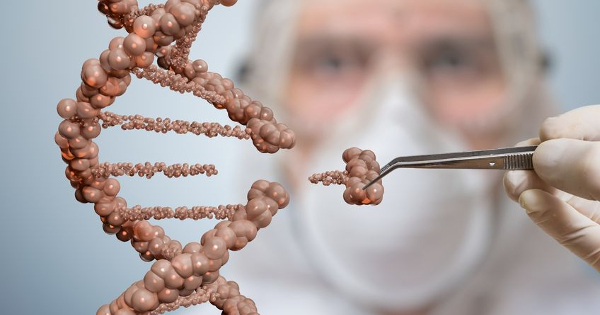 But, in a surprising twist, the US Food and Drug Administration (FDA) has concluded its consultation process on Golden Rice by informing its current developers, the International Rice Research Institute (IRRI), that Golden Rice does not meet the nutritional requirements to make a health claim.

The Golden Rice version submitted to FDA by IRRI, called event GR2E, is the only Golden Rice to have ever been submitted for regulatory approval. In 2017, it was approved for import by regulators in Australia, New Zealand, and Canada. Originally developed by Syngenta, Golden Rice GR2E is now funded by the Gates Foundation.

The letter containing FDA’s statement on GR2E’s lack of nutritional benefit was posted on May 25th, 2018 (FDA 2018b).

In IRRI’s consultation with FDA, IRRI stated it has no intention of marketing Golden Rice in the US. Nevertheless, in part because rice is wind pollinated, it is expected that, if commercialized, Golden Rice GR2E will contaminate U.S. rice imports.

Since 1996, when they were first grown commercially, many hundreds of GMO contamination events have been documented (Price and Cotter, 2014). This includes contamination by an unreleased GMO rice that led to a massive disruption of the global rice market in 2006-08. Hence the need to consult with US and other national authorities.

As is standard for GMO foods (since FDA has no legal powers to approve or reject them) FDA has responded to IRRI’s consultation request, which is voluntary, by noting that its maker has concluded that Golden Rice is safe (Pelletier 2006). Thus FDA’s letter states:

Based on the safety and nutritional assessment IRRI has conducted, it is our understanding the IRRI concludes that human and animal food from GR2E rice is not materially different in composition, safety, or other relevant parameters from rice-derived food currently on the market except for the intended beta-carotene change in GR2E rice.

But the letter from FDA goes further. It asserts that:

the concentration of β-carotene in GR2E rice is too low to warrant a nutrient content claim.

FDA notes the mean value of beta-carotene for GR2E is 1.26ug/g. This is, paradoxically, less beta-carotene than the 1.6ug/g measured for the original iteration of Golden Rice (Ye et al. 2000).

Greenpeace once calculated that such low levels would necessitate a person to eat 3.75 kg of Golden Rice per day to receive an adequate amount of beta-carotene.

Degradation of beta-carotene during storage is a problem that may prove even more troublesome for the proposed nutritional benefits of Golden Rice than its initial low levels.

Unnoticed by the media, a 2017 paper published in the Journal of Agricultural and Food Chemistry reported that the beta-carotene content of Golden Rice GR2E at harvest is short-lived (Schaub et al. 2017).

This study found Golden Rice retained only 60% of its original beta-carotene levels after 3 weeks of storage and just 13% after 10 weeks.

Under tropical farming, storage, and household conditions, degradation may be faster still.

In any event, the low levels and rapid degradation of beta-carotene measured in Golden Rice GR2E seem a significant blow to the likelihood that Golden Rice will fulfill expectations. That is, remedy Vitamin A deficiencies in malnourished and impoverished people, in countries like the Philippines and Bangladesh (Stone and Glover 2016; Hilbeck and Herren 2016).

Reports of Higher Levels of β-carotene

All the higher levels are explained by some combination of the following: measurement of total carotenoids rather than beta-carotene alone; milling the rice; use of non-AOAC (Association of Official Analytical Chemists) extraction methods; differences in genetic backgrounds (e.g. Schaub et al. 2017 use GR2E Kaybonnet, which is unsuitable for the Philippines); growth under greenhouse rather than field conditions; and/or differences in field environments or growing seasons. In other words, the low levels communicated to FDA seem to be the most accurate and realistic.

Despite FDA’s letter, the biosafety of Golden Rice GR2E is contested. Testbiotech and other researchers have pointed out that key human safety and efficacy studies are lacking, especially for target populations (Then and Bauer-Panskus 2018; Stone and Glover 2016; Schubert 2008). Specific health concerns include unintended nutritional effects of carotenoid biosynthesis or its degradation products and because certain components of the carotenoid pathway can be toxic (Schubert 2008; Stone and Glover 2016).

Also of interest is that FDA’s assessment of GR2E safety was based on estimated annual U.S. per capita rice consumption of 11.8kg. Annual consumption in the Philippines averages over 110kg (Muthayya et al. 2014).

In 2017, IRRI/PhilRice submitted to the Philippine Department of Agriculture an application for the production and testing of Golden Rice GR2E. It has yet to be granted.

FDA (2018a) GR2E Biotechnology Notification File No. 000158 Note to the File Date: May 8, 2018. Available at:  https://www.fda.gov/downloads/Food/IngredientsPackagingLabeling/GEPlants/Submissions/ucm607450.pdf

Hilbeck, A. and H. Herren (2016) Millions Spent, No One Served: Who Is to Blame for the Failure of GMO Golden Rice? Independent Science News: Available at:
https://www.independentsciencenews.org/health/millions-spent-who-is-to-blame-failure-gmo-golden-rice/

Then and Bauer-Panskus (2018) Testbiotech on Risk Assessment for Golden Rice by FSANZ February 2018. Available at: https://www.testbiotech.org/en/publikationen

Jonathan Latham is co-founder and Executive Director of the Bioscience Resource Project and also Editor of the Independent Science News website. Read more.