GMO Toxins Are in Nearly All Pregnant Women & Fetuses

Views 8100
Posted on:
Tuesday, October 2nd 2012 at 5:00 pm
Written By:
Heidi Stevenson
This article is copyrighted by GreenMedInfo LLC, 2012
Visit our Re-post guidelines 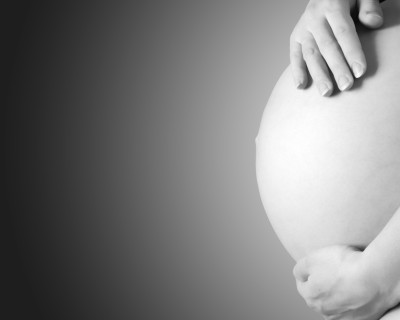 The GMO mass experiment on the public is producing results—terrifying ones. GM toxic elements can be found in nearly all pregnant women and children. (Update of the article featured in Genetic Roulette movie.)

The toxins designed into genetically modified crops are finding their way into the bloodstreams of all pregnant women and their fetuses. This shocking result belies the genetic modification industry's claims that such toxins are destroyed by the digestive tracts of people who eat the animals fed these GMO crops. Obviously, that claim was based on nothing.

(If you've seen reports claiming less than 100% are affected, it's because they picked up the wrong figures from the study, as shown below.)

The Study and Results

The study, "Maternal and fetal exposure to pesticides associated to genetically modiﬁed foods in Eastern Townships of Quebec", was published in the journal Reproductive Toxicology. The authors, Aziz Aris and Samuel Leblanc, examined the blood of 30 pregnant women and 39 nonpregnant women. All births associated with the study were considered normal; babies were at normal birth weights and considered healthy.

The authors looked for:

Interestingly, both glyphosate and gluphosinate were found in large percentages of nonpregnant women, but neither was found in pregnant women or their fetuses. Obviously, a metabolic change occurs when a woman becomes pregnant. One might have hoped that would be adequate to prevent the toxic effects of GMO feed crops. Unfortunately, it appears that the opposite occurs with Bt corn metabolites, though no toxins from gluphosate were found.

The Bt GMO toxins, 3-MPPA and Cry1Ab, show up in mothers and fetuses, as this table shows:

Toxicity of 3-MPPA and Cry1Ab

The first thing that needs to be noted is that 3-MPPA and Cry1Ab are used in pesticides for their toxic effects. There can be little doubt that ingestion of them carries some risk.

Unsurprisingly, there is little serious research on these chemicals, since the manufacturers control access for studies. Nonetheless, there is enough information available to know that assumptions of safety in genetically engineered foods is irresponsible. The risks are serious.

Propionic acids are classed as Bad Actor Chemicals, and 3-MPPA is one of them. One surely must ask how the FDA and USDA came to accept the notion that any GMO with 3-MPPA should be classed as "generally accepted as safe".

And now we have proof that the highly toxic 3-MPPA is showing up in nearly all pregnant women and fetuses!

Though the PAN Pesticides Database lists no toxicity for Cry1Ab, any assumption of safety is misplaced. If we look further, we find that story is false. Greenpeace has been studying Cry1Ab, and what they've found is far from calming. They have found that:

And now we have proof that the highly toxic Cry1Ab is showing up in all pregnant women and fetuses!

The authors conclude only:

Since the basis of better health is prevention, one would hope that we can develop procedures to avoid environmentally induced disease in susceptible population such as pregnant woman and their fetuses.

After showing evidence that virtually all pregnant women and fetuses are accumulating toxins in their blood because of genetically modified crops, the authors suggest only developing procedures to avoid exposure in pregnant women and their fetuses? Surely they can do better than that!

They have demonstrated that there is no truth behind any claim that any genetically modified food can be considered GRAS—generally recognized as safe. Yet, that's the excuse the USDA is using to virtually rubber stamp every application for a GMO. The only thing that even slows them down is a strong public outcry, as with GM salmon.

We now have proof that virtually every pregnant woman and every fetus is—or soon will be—intoxicated with dangerous chemicals because of genetically engineered foods. Experiments have demonstrated that the effects of GMOs can be catastrophic.

As documented in Antidepressants Increase Death Rate: Non-Pharma Funded Research, even when researchers' results clearly slow serious risks in profitable Big Pharma or Agribusiness products, they pull their punches in the conclusions. This study is no different.

Genetically modified organisms are enormously profitable. There is no other reason that the term GRAS can exist in reference to them. They have never been shown to be safe—and now it's obvious that an entire generation is at risk because of them. The results of the mass experiment are in. It's time to call a halt—and hope that the damage can be reversed so it doesn't pass down the generations.

See the new film, Genetic Roulette, for a broad perspective of the disaster that genetically engineered food has already become. Please, support the California initiative to require labeling of GMOs, and start pushing for such labels—if not outright banning of GMOs!