Views 2711
Posted on:
Tuesday, May 3rd 2016 at 6:30 pm
Written By:
Jonathan Latham, PhD
This article is copyrighted by GreenMedInfo LLC, 2016
Visit our Re-post guidelines 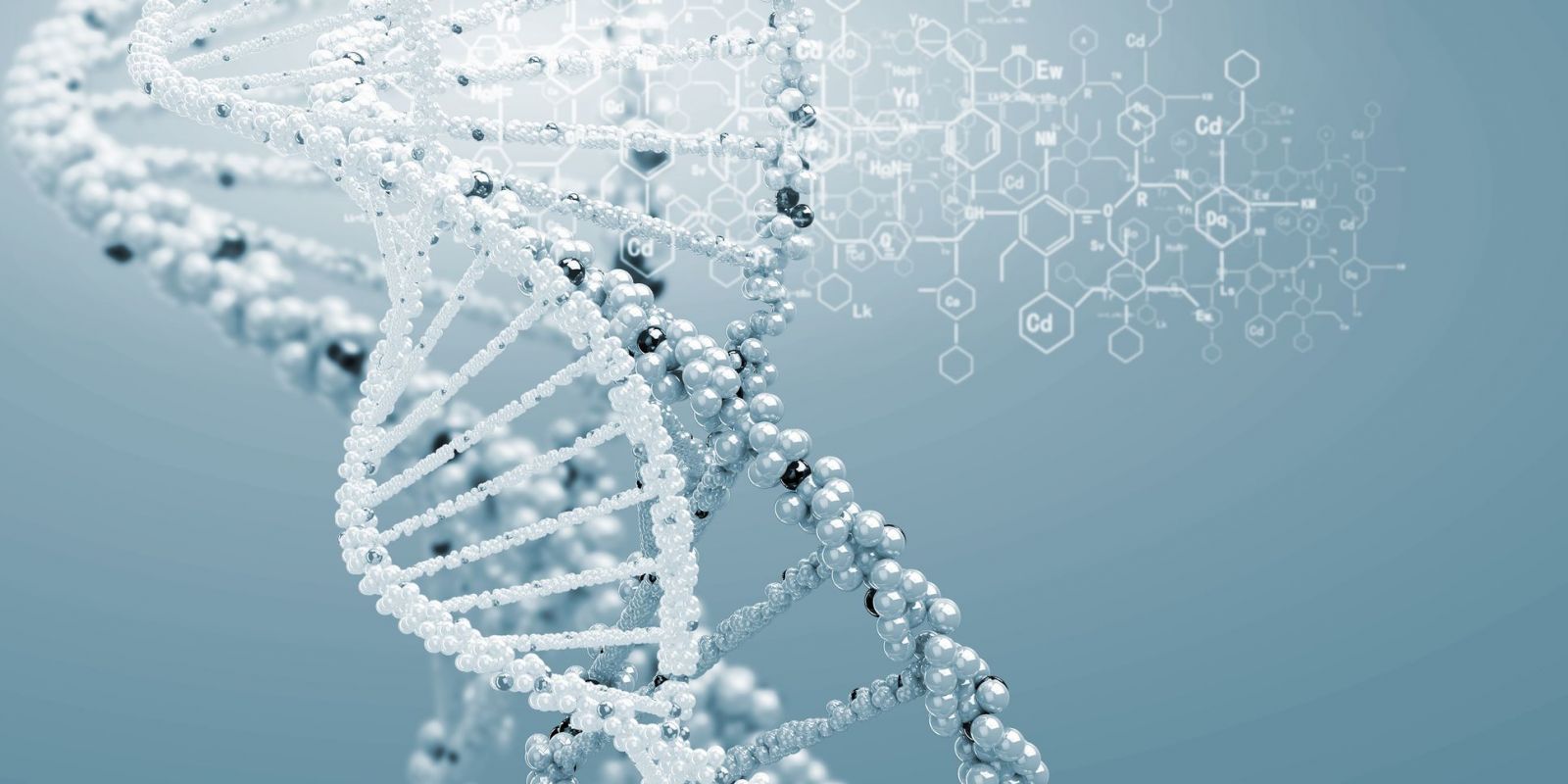 Synopsis: According to the media "genome editing" techniques can precisely alter the DNA of living organisms and these will change the landscapes of medicine and agriculture. The safety and effectiveness of these techniques hinges crucially on the claim of precision, yet how plausible is it? This article delineates three ways in which these technologies currently lack precision. 1) Present versions of CRISPR and other technologies are error prone and unpredictable. 2) Even if they were precise, purposeful manipulation of DNA depends on understanding of its functions, which we largely lack 3) CRISPR boosters are proceeding on a commonplace but faulty premise of gene function that is not supported by science. They have a dangerously narrow vision of how DNA influences traits and that frames risk assessment as unnecessary.

For the benefit of those parts of the world where public acceptance of biotechnology is incomplete, a public relations blitz is at full tilt. It concerns an emerging set of methods for altering the DNA of living organisms. “Easy DNA Editing Will Remake the World. Buckle Up“; “We Have the Technology to Destroy All Zika Mosquitoes“; and “CRISPR: gene editing is just the beginning”. (CRISPR is short for CRISPR/cas9, which is short for Clustered Regularly-Interspaced Short Palindromic Repeats/CRISPR associated protein 9; Jinek et al., 2012. It is a combination of a guide RNA and a protein that can cut DNA.)

The hubris is alarming; but the more subtle element of the propaganda campaign is the biggest and most dangerous improbability of them all: that CRISPR and related technologies are “genome editing” (Fichtner et al., 2014). That is, they are capable of creating precise, accurate and specific alterations to DNA. 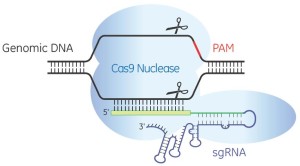 Even the “serious” media is in on it. Nature magazine in July 2015 published “Super-muscly pigs created by small genetic tweak“. Two value judgments in a seven word headline: “small” and “tweak”, neither supported by the content of the article. Still enthralled, if not wholly original, just last week the NY Times opinion section offered: “Tweaking genes to save species“.

How do I know this is a propaganda war? I heard it from the horse itself. In February I was at a UN meeting on biotechnology in Rome, Italy, where a senior representative of the Biotechnology Industry Organisation (BIO) explained to the assembled delegates the “exquisite specificity” and “precision” of genome editing.

BIO’s exposition is belied by the evidence. If CRISPR were already precise, accurate and specific there would, for example, be no publications in prominent scientific journals titled “Improving CRISPR-Cas nuclease specificity using truncated guide RNAs“. And these would not begin by describing how ordinary CRISPR “can induce mutations at sites that differ by as many as five nucleotides from the intended target”, i.e. CRISPR may act at unknown sites in the genome where it is not wanted (Fu et al., 2014).

Thus CRISPR itself will need tweaking before it can be useful for safe commercial products, and that is the first error of the tweaking argument. So far, it is technically not possible to make a single (and only a single) genetic change to a genome using CRISPR and be sure one has done so (Fichtner et al., 2014). As Fichtner noted “in mammalian systems Cas9 causes a high degree of off-target effects”. And at least until modified versions come into use, this will limit the safety, and hopefully limit the application, of CRISPR and related biotechnologies. There is, furthermore, no guarantee that more precise versions of CRISPR are even biologically possible. Technically therefore, precision is a myth: no form of genome editing can do what is currently being claimed.

The second key error of CRISPR boosters is to assume that, even if we had complete precision, this would allow control over the consequences for the resulting organism.

Suppose, as a non-Chinese speaker, I were to precisely remove from a Chinese text one character, one line, or one page. I would have one hundred percent precision, but zero control over the change in meaning. Precision, therefore, is only as useful as the understanding that underlies it, and surely no DNA biologist would propose we understand DNA–or else why are we studying it?

A classic example of how DNA can still reveal unexpected functions decades after discovery is the CaMV 35S promoter, a DNA sequence used in commercialised GMO plants for almost twenty years. The CaMV 35S DNA is described in every application for commercial use as a simple DNA “promoter” (an “on” switch for gene expression).

In 1999, however, the CaMV 35S “promoter” was found to encode a recombinational hotspot (Kohli et al., 1999). In 2011 it was found to produce massive quantities of small RNAs. These RNAs probably function as decoys to neutralise the plant immune system (Blevins et al., 2011). One year later still, regulators found it to contain an overlapping viral gene whose functions are still being elucidated (Podevin and du Jardin 2012).  Will we ever know enough about any DNA sequence to accurately describe changing it as “editing”?

Myth 3: DNA functions are modular and changes are predictable

The third error of CRISPR advocates is to imply that changes to gene functions can be presumed to be discrete and constrained.

The concept of the precise editing of a genome leading to a precise biological outcome depends heavily on the conception that genes give rise to simple outputs. This is the genetic paradigm taught in schools. It is also the paradigm presented to the public and that even plays a large role in the thinking of molecular genetic researchers.

However, a defined, discrete or simple pathway from gene to trait probably never exists. Most gene function is mediated murkily through highly complex biochemical and other networks that depend on many conditional factors, such as the presence of other genes and their variants, on the environment, on the age of the organism, on chance, and so forth. Geneticists and molecular biologists, however, since the time of Gregor Mendel, have striven to find or create artificial experimental systems in which environmental or any other sources of variation are minimised so as not to distract from the more “important” business of genetic discovery.

But by discarding organisms or traits that do not follow their expectations, geneticists and molecular biologists have built themselves a circular argument in favour of a naive deterministic account of gene function. Their paradigm habitually downplays the enormous complexities by which information passes (in both directions) between organisms and their genomes. It has created an immense and mostly unexamined bias in the default public understanding of genes and DNA.

This is not my argument. It belongs to Richard Lewontin of Harvard University, probably the most famous geneticist of our time.

The benefits of naive genetic determinism to the architects of the genome-industrial complex are very great. Since it pretty much requires that organisms be seen as robots being operated by mini-dictators (rather than, for example, as systems with emergent properties) and those genes as having effects that are narrow and clearly defined rather than being diffuse and unpredictable, it simplifies their sales pitch and frames risk assessment as unnecessary.

The problem comes to a head, however, when this narrow conceptualisation of genetics is applied to the real world and situations that have not been, as it were, set up in advance. In the case of the “Super-muscly” pigs reported by Nature, strength is not their only feature. They must also have more skin to cover their bodies and stronger bones to carry themselves. They also, apparently, have difficulty giving birth; and if they were ever released into the wild, they would presumably have to eat more. Thus a supposedly simple genetic tweak can have wide effects on the organism throughout its lifecycle.

Nature also revealed that thirty of the thirty two pigs died prematurely and only one animal was still considered healthy at the time the study authors were interviewed. So much for precision.

Why is this discussion of precision important? Because for the last seventy years all chemical and biological technologies, from genetic engineering to pesticides, have been built on a myth of precision and specificity. They have all been adopted under the pretense that they would function without side effects or unexpected complications. Yet the extraordinary disasters and repercussions of DDT, leaded paint, agent orange, atrazine, C8, asbestos, chlordane, PCBs, and so on, when all is said and done, have been stories of the steady unraveling of a founding myth of precision and specificity.

Nevertheless, with the help of industry propagandists, their friends in the media, even the United Nations, we are once again being preached the gospel of precision. But no matter how you look at it, precision is a fable and should be treated as such.

The issues of CRISPR and other related new “genome editing” biotechnologies are the subject of intense activity behind the scenes. The US Department of Agriculture has just explained that it will not be regulating organisms whose genomes have been edited since it doesn’t consider them to be GMOs at all. The EU was about to call them GMOs but the US has caused them to blink, meanwhile the

US is in the process of revisiting its GMO regulatory environment entirely. Will future safety regulations of GMOs be based on a schoolboy version of genetics and an interpretation of genome editing crafted in a corporate public relations department? If history is any guide it will.