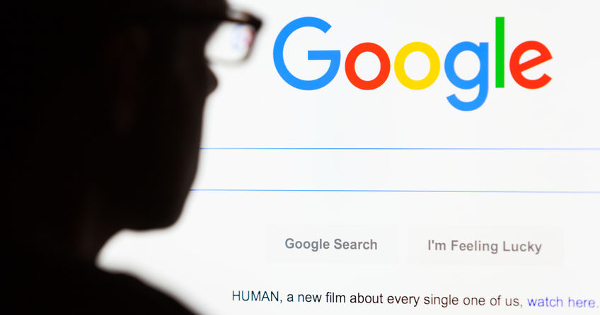 Searching the terms vaccines, Roundup, GMOs, and supplements among others using Google has been discovered to be yield biased results heavily favoring the pharmaceutical and agrochemical industries.

Appearing on Tucker Carlson's show recently was newly public whistleblower from inside Google. Senior Google software engineer Greg Coppola first reached out to Project Veritas to expose and confirm bias within the company's culture and search algorithms. Coppola adds to the long line of Project Veritas Big Tech whistleblowers and hidden camera admissions revealing an unbroken narrative of heavy bias and political leanings within the likes of Google, Twitter, Facebook and other Big Tech organizations.

What the mainstream outrage has missed however is the sweeping censorship and algorithmic unfairness happening in the health and medical sectors of information. Showing the extreme bias has been absent from mainstream reporting with 'alternative' news, grassroots websites and individuals documenting the timeline of suppression.

Coppola revealed another piece of the puzzle during his recent interview stating: "As a user of various tech products, I've noticed a lot of the same biases people have been concerned about in terms of the end result...Any software launch reflects the outcome of thousands of human decisions."

Coppola continued by saying, "If you see a resulting end product that seems to encode a bias of one sort or another, there must've been that bias in the process that produced the end result."

Google insider @coppola_gregory joined @TuckerCarlson to talk political bias. If YOU want to be the next @Project_Veritas insider, contact us NOW at VeritasTips@protonmail.com. You can watch the full interview here: https://t.co/7z0Ga3FsEf pic.twitter.com/5TSqkJ0XmL

In light of the continued revelations, the excuse that Google's data is sorted by an algorithm suggesting that it's unbiased and fair because a machine is doing it appears to be simply untrue.

Who was responsible and/or influenced that bias within Google? Did software engineers simply decide to encode sweeping censorship, hide and demote popular search terms that cast the pharmaceutical and agrochemical industry's products in a well-deserved light of scrutiny?

We know with the recent case of Mailchimp's underhanded dealings that the nonprofit CDC Foundation doubled as a pharmaceutical industry action arm to influence Mailchimp's moves. The end result saw the email marketing platform close the accounts of its users and take their contact lists with no warning and scant, abusive-learning correspondence when asked for reasons. Mailchimp also closed at least one active account that had never sent an email or created a campaign using the service revealing targeted discrimination and very-likely off-platform monitoring of behavior. To date the company has offered no explanation to all of its users except the form letter reply reading "We do not allow anti-vaccine content on our platform."

There are no smoking gun admissions as of yet regarding exactly who is pulling Google's health strings. However, the conflicts of interest and financial entanglements begin to paint an all-to-familiar picture for those who understand industry influence.

In an original investigation, GreenMedInfo.com wrote,

…signs of the coming purge came back in 2016, when GlaxoSmithKline signed a $715 million contract to partner with Google, and with increasing partnerships with pharmaceutical companies in 2019 like Sanofi.  Google's parent company Alphabet is heavily invested in a vaccine company, Vaccitech, founded by scientists at Oxford University."

The free flow of information surrounding several debatable positions, practices and products within healthcare is being directly stifled by Big Tech working in concert. The moves are racing humanity towards some type of government action in hopes of breaking up the monopolistic behavior. Perhaps greater yet, the open moves to censor balanced information is spurring a grassroots tech boom to build platforms to compete and outperform the centralized products of Google, Facebook, Twitter and others.