Views 24188
Posted on:
Wednesday, October 31st 2012 at 5:00 am
Written By:
Sayer Ji, Founder
This article is copyrighted by GreenMedInfo LLC, 2012
Visit our Re-post guidelines 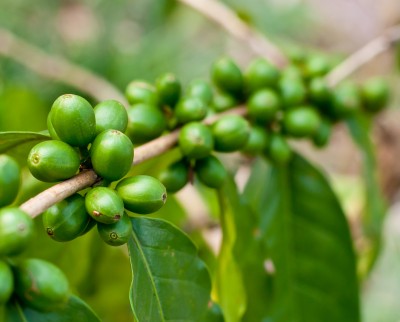 What is green coffee? Before Dr. Oz featured it on his show this year, creating a global consumer feeding frenzy, it had already been investigated over thirty years ago for its possible liver-regenerating, detoxifying and anti-cancer properties.[i]  [ii] [iii]

This is not to say that roasted coffee does not have its benefits too. In fact, research from the mid-80's found that roasting coffee produces unique cancer-suppressing compounds not found in green coffee.[iv] Also, technically, the vast majority of studies performed on coffee's health benefits are on the roasted form, as this is what most people consume globally.

There may also be unique mood-enhancing, even opiate-like properties in the roasted coffee bean associated with the fat-soluble compound known as cafestrol, which may not be found (or easily absorbed) in green coffee. But this "benefit" may also be a liability for those who may be prone to drinking too much, or feel they are prone to being "addicted" to habitual coffee consumption.

But one thing that green coffee definitely has going for it is the fact that it is far higher in sheer antioxidant potential than roasted coffee, and most anything else we consume or drink on a daily basis. Some green coffee bean extracts score 2500 or higher on the ORAC scale, which stands for Oxygen Radical Absorbance Capacity – an abstract measurement of the potential for a substance to reduce oxidative stress. Compare this to an equal weight of blueberries, which scores 10, or Oranges which score 3.

This is not to say that blueberries and oranges do not have their own unique health benefits beyond what the ORAC score can reveal – which they do! – but that the green coffee bean is simply a highly concentrated source of antioxidant compounds.  And considering how stress, chemical exposures, dietary deficiencies and/or incompatibilities, all lead to increasing oxidative stress in the body (which is a cause of premature aging, cellular damage, and even increased risk for cancers) increasing antioxidant levels in our diet can make a world of difference.

Keep in mind that green coffee really isn't all that "new." It is believed that cultivation of the coffee bean originated in the area of Arabia on the Red Sea over 900 years ago, and that at the time, the beans were not roasted but brewed in a manner quite similar to tea. [v]

So, what are the likely health benefits of green coffee? Despite the present Oz-generated craze to identify green coffee consumption with weight loss, the primary finding is that it has beneficial blood pressure modulating properties.

Back in 2005, a study published in the journal Hypertension Research found that male volunteers with mild hypertension given various doses of a water-soluble green coffee bean extract (GCE) saw significant reductions , in a dose-related manner, in both diastolic and systolic blood pressure.[vi]  The subjects received either 46 mg, 93 mg, or 185 mg of GCE once a day for 28 days.

Finally, a study performed in 2007 found that green coffee is superior to roasted coffee in reducing blood pressure, due to its lower levels of hydroxyhydroquinone, a by-product of the roasting process.[viii] The ordinary coffee group experienced almost no effect.

In the most widely publicized study on green coffee, Dr. Joe Vinson of the University of Scranton lead a randomized, double-blind and placebo-controlled crossover study which found that the consumption of green coffee bean extract reduced weight in overweight subjects.[ix]

The study concluded: "The results are consistent with human and animal studies and a meta-analysis of the efficacy of green coffee extract in weight loss. The results suggest that GCA may be an effective nutraceutical in reducing weight in preobese adults, and may be an inexpensive means of preventing obesity in overweight adults."

Dr. Vinson believes that green coffee's uniquely high concentration of chlorogenic acid relative to the roasted form may be responsible for some of its observed weight-loss promoting effects. Chlorogenic acid is known to increase the absorption of glucose, which offsets some of the insulin resistance and blood sugar elevations associated with type 2 diabetes. Indeed, there is a solid body of clinical literature linking chlorogenic acid to the well-known anti-diabetic properties of coffee.

So, is green coffee a new "magic bullet," or is it just another fad?  We don't know. But, relative to some of the pharmaceutical interventions used today to "treat" overweight and obesity, diabetes and high blood pressure, the research thus far indicates green coffee may make for a promising natural alternative.

For additional research on Weight Problems and Hypertension, visit our related database sections