Views 1003
Posted on:
Tuesday, May 10th 2016 at 4:45 pm
Written By:
Linda Woolven & Ted Snider
This article is copyrighted by GreenMedInfo LLC, 2018
Visit our Re-post guidelines 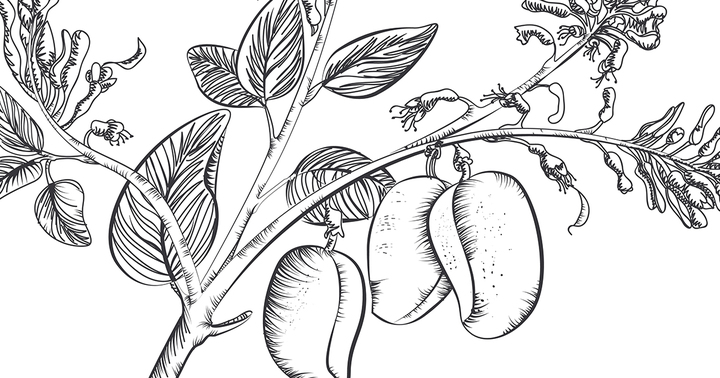 Motion sickness plagues many, children in particular. Usually sufferers are dosed with a pharmaceutical whose side effects mirror the symptoms they are supposed to help. But thankfully a little-known herb from Africa is gaining scientific attention as a superior, natural alternative

The scientific literature is bursting with exciting new studies on well-known herbs; but it is not very often that there is an exciting study on an unknown, new herb. Although there have been studies on components of Griffonia simplicifolia, a new study may be the first ever study on the whole herb administered orally in pill form. The few previous studies of Griffonia have used a spray that was combined with a number of other herbs. This study, then, provides some of the first evidence for use of this little known herb.

Griffonia is a West African herb whose seeds have traditionally been used as an aphrodisiac and as an antibiotic. They have also been used for diarrhea, vomiting and stomachache. The stem has traditionally been chewed for purging through the bowels and for soft chancre (an infectious venereal ulcer).

The study found that Griffonia can ease motion sickness. People who suffer from motion sickness can feel nausea, headache, fatigue, vertigo and dizziness when moving in cars, trains, planes or boats. They may experience cold sweats and even vomiting. It can make travel very difficult. Motion sickness is the result of conflicting information coming in through the inner ear and the eyes and the nerves in the body’s extremities.

So, researchers tried giving either griffonia or no treatment at all to 254 prepubescent children who suffered from motion sickness. The dose of griffonia was 50mg twice a day for three months. 200mg of magnesium was added to the griffonia because it may enhance its effectiveness.

This study suggests that griffonia may be an effective treatment for motion sickness in children. While we await more research on griffonia, the herb that it will have to catch is ginger.

Double-blind research has proven ginger to be safer and as—or even more—effective than the motion sickness drug Dramamine. Whale watching on the Norwegian seas typically causes sea sickness in 80% of passengers. On one voyage, though, passengers were given either ginger or one of six motion sickness meds. Over 80% of them felt fine. And the ones given ginger did as well as the ones given any of the drugs [3]. In another study, everyone using ginger had good results and no side effects, while only 31% of people given Dramamine had good results and 69% of them suffered side effects [4]. Other double- blind research has found the same impressive results for ginger [5].

That there are safe and effective herbal remedies for motion sickness is a welcome discovery since the pharmaceutical options, like Dramamine, have a number of unwanted side effects. The side effects of Dramamine include drowsiness, headache, blurred vision, tinnitus, dry mouth, lack of coordination, dizziness, palpitations and hypotension. Ironically, a number of these side effects are the same as the symptoms the drug is meant to treat.

Hopefully, griffonia can ease motion sickness and save family outings and vacations without the side effects of the pharmaceutical drugs. Of the 254 children in the current study, only four had mild adverse events, and they lasted only for the first two days.