Views 472
Posted on:
Saturday, May 23rd 2020 at 4:15 pm
Written By:
GreenMedInfo Research Group
This article is copyrighted by GreenMedInfo LLC, 2020
Visit our Re-post guidelines 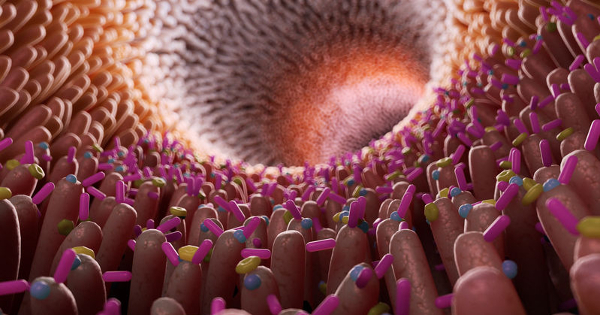 Researchers have observed that children with autism spectrum disorder (ASD) have a higher prevalence of gastrointestinal complaints than do children without autism, leading scientists to study the impact of gastrointestinal permeability on autism symptoms. A systematic review of current evidence found that diet and antibiotic use may play large roles in the development of ASD in children

It has been observed that children with autism spectrum disorder (ASD) have a higher prevalence of gastrointestinal (GI) symptoms compared to other children.[i] A recent systematic review of 28 separate research studies found that the gut microbiome alterations present in children with ASD often cause GI problems such as abdominal pain, diarrhea, constipation, bloating, flatulence and gastrointestinal reflux.[ii],[iii]

While researchers still aren't sure whether these problems play a causative role in ASD or are simply a result of dietary restrictions, the amount of evidence showing the correlation between improved gut health and a decrease in ASD related behaviors is mounting.

Autism spectrum disorder is a neurodevelopmental disorder often characterized by difficulty in communication with other people and repetitive behaviors or interests.[iv] Symptoms of ASD are often treated with medication, although behavioral and educational therapies have proven very effective in helping ASD patients learn to live independently or reduce challenging behaviors.[v]

In addition to lifestyle therapies and medications, researchers have theorized that protecting the gut-brain axis through diet could potentially decrease symptoms of ASD.[vi],[vii] Because gut microbiome disruptions can cause an increase in the translocation of bacteria and toxins, it's possible that such a disruption could impact inflammation of the brain through altered cytokine levels.[viii]

Moreover, increased GI permeability has been observed in non-ASD relatives of patients with autism, suggesting that GI disruption should be viewed as a partial cause, not a side effect, of ASD.[ix],[x]

Dietary Intake and Gut Microbiome in Children With ASD

Due to the increased gut permeability in children with ASD, several studies have researched the impact of various dietary factors on ASD symptoms:

There is significant evidence that a diet free of gluten and casein may have positive effects on ASD and reduce autistic traits.[xi] In one study, researchers saw improvement in interpersonal communications, including playing with and sharing toys with other children, after just 5.5 months.[xii] Significantly, these associations are believed to be distinct from celiac disease, a common immune system reaction to gluten.[xiii]

Probiotic supplementation has a significant positive impact on gut immune dysfunction and autistic symptoms in children with ASD.[xiv] Probiotics are available over the counter and are an inexpensive treatment option that researchers believe could be an alternative or adjuvant therapy in the behavioral therapy of ASD.[xv]

Additional dietary sources of probiotics that have been shown to decrease gut permeability include fermented foods such as sauerkraut, kimchi or pickles as well as fermented drinks like kombucha.[xvi]

A 2018 study found that in addition to probiotic supplementation, a diet high in prebiotics may effectively improve GI symptoms and psychological traits in patients with autism.[xvii] Like probiotics, prebiotic supplements are relatively inexpensive and are prevalent in a range of foods easily available at grocery or health food stores, such as asparagus, garlic, onions, beans, seaweeds, tomatoes, bananas and artichokes.[xviii]

Researchers believe that while additional studies are needed, such dietary interventions could play a significant role in the reduction of ASD symptoms.

Several studies detailing the early medical history of children with ASD have found that children with ASD have a higher use of antibiotics than non-spectrum children.[xix] Researchers theorize that this could be due to the increased risk of otitis media, a type of ear infection more than twice as likely to develop in young children and infants with ASD than in non-spectrum children.[xx],[xxi]

However, researchers believe that the clear correlation between the use of antibiotics and gut microbiome disruption among both adults and children warrants these findings worthy of further study.[xxiv],[xxv]

Further Research on ASD and Improving the Gut Microbiome

It's clear to researchers that ASD severely alters the GI tract, but more research is needed to assess whether these disruptions are a cause or effect of ASD. In the meantime, the importance of a healthy gut microbiome is undervalued in many modern societies, especially Western cultures where diet is typically high in unhealthy fats and proteins, processed carbs and sodium, and often low in dietary fiber.[xxvi]

Researchers suggest following a Mediterranean diet or taking probiotic supplements to improve gastrointestinal health.[xxvii] To learn more about preserving your gut microbiome and the research being conducted regarding ASD and its relationship to the GI system, please visit the GreenMedInfo.com database on the subject. 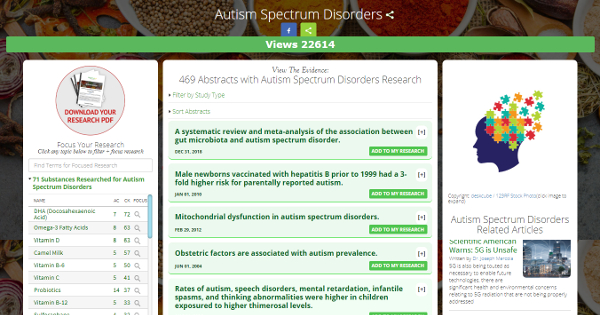