Views 747
Posted on:
Thursday, January 30th 2020 at 11:00 am
Written By:
GreenMedInfo Research Group
This article is copyrighted by GreenMedInfo LLC, 2020
Visit our Re-post guidelines 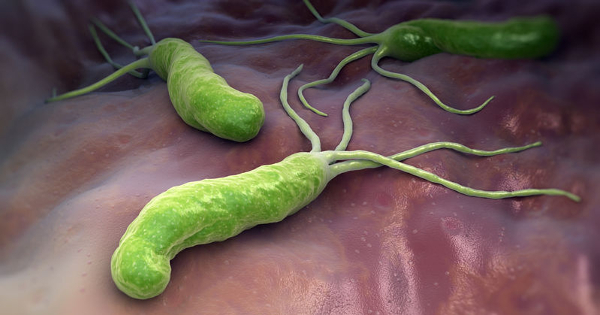 In a long-term study, Chinese researchers find that conventional options may not be the only effective treatment for and prevention of gastric cancer. Eradicating Helicobacter pylori -- a known risk factor for this form of cancer -- as well as supplementing with vitamins and garlic emerged as sound therapies to protect against the disease

The randomized Shandong Intervention Trial found a significant reduction in gastric cancer incidence and death from Helicobacter pylori (H. pylori) treatment and vitamin and garlic supplementation, as the group reported in the British Medical Journal.[i]

H. pylori is believed to be a primary cause of gastric cancer, although smoking, nitrates and nitrites found in cured meat, regular aspirin use as well as a lack of vegetables and fruits in your diet are also known contributors to the multifactorial condition.[ii]

To study the effects of the three interventions, investigators led by Dr. Kai-Feng Pan of Peking University Cancer Hospital and Institute conducted a randomized trial involving 3,365 subjects in China, specifically those living in a rural region at high risk for gastric cancer.

Nutritional deficiencies were common in the area. Participants were also 35 to 64 years old and comprised 2,258 who were infected with H. pylori, a known risk factor for gastric cancer.[iii] The subjects were assigned to standard amoxicillin/omeprazole treatment, vitamin intake, garlic supplementation or placebo treatment.[iv]

"These findings suggest many potential strategies for gastric cancer prevention," wrote the researchers,[v] who warned that health campaigns promoting these strategies need to be built upon large-scale intervention trials to determine their benefits as well as risks. Previous studies highlighted the potential benefits of vitamin C-rich citrus fruits in decreasing the risk of esophageal and gastric cancers.[vi],[vii]

A systematic review and meta-analysis also confirmed that garlic may be protective against H. pylori and the development of gastric cancer,[viii] which remains one of the deadliest cancers worldwide, especially among older males, with an estimated 783,000 deaths in 2018.[ix]

A population-based study in Sweden back in 1993 also noted that a high vegetable and fruit consumption may be beneficial in halting the development of gastric cancer.[x]

Consuming kimchi, one of the most popular fermented foods in the world, has also been cited as a potent stomach cancer prevention technique. This food is made from Chinese cabbage, which alone contains sulforaphane, one of the most powerful anti-cancer and H. pylori-fighting compounds around.

Even adhering to the Mediterranean diet was seen to positively affect gastric cancer, with a case-control study conducted from 2003 to 2015 showing a beneficial role of high vegetable, legume and fish intake -- along with low alcohol and meat consumption --- in the development of the cancer.[xi]

You can find more compelling studies on gastric cancer, as well as 190 natural substances that may help prevent it, on the GreenMedInfo.com database. 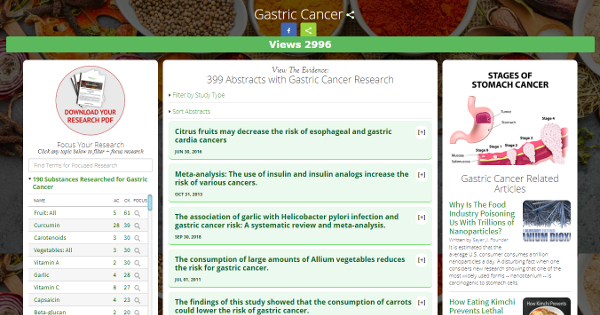 Garlic
Kimchi
Vegetables: All
Fruit: All