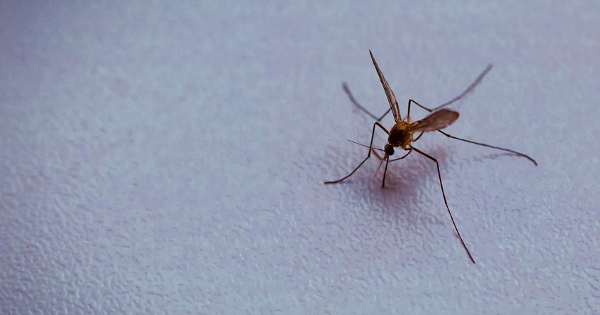 "The release of genetically engineered mosquitoes puts Floridians, the environment, and endangered species at risk in the midst of a pandemic."

Environmentalists and Florida residents voiced concern and outrage last week as state government officials and the biotechnology giant Oxitec moved ahead with a pilot project that involves releasing up to a billion genetically engineered mosquitoes in Monroe County over a two-year period.

Presented by local authorities as an effort to control the population of Aedes aegypti -- a mosquito species that can carry both the dengue and yellow fever virus -- critics warn that the effort's supposed benefits and its potential negative consequences have not been sufficiently studied.

Responding to news that the first boxes of genetically modified mosquitoes were placed in six locations in Monroe County last week, Friends of the Earth noted in a press release that "scientists have raised concerns that GE mosquitoes could create hybrid wild mosquitoes which could worsen the spread of mosquito-borne diseases and could be more resistant to insecticides than the original wild mosquitoes."

Dana Perls, food and technology program manager at Friends of the Earth, called on the Environmental Protection Agency -- which approved the project last May -- to "halt this live experiment immediately."

"This is a dark moment in history," said Perls. "The release of genetically engineered mosquitoes puts Floridians, the environment and endangered species at risk in the midst of a pandemic. This release is about maximizing Oxitec's profits, not about the pressing need to address mosquito-borne diseases." 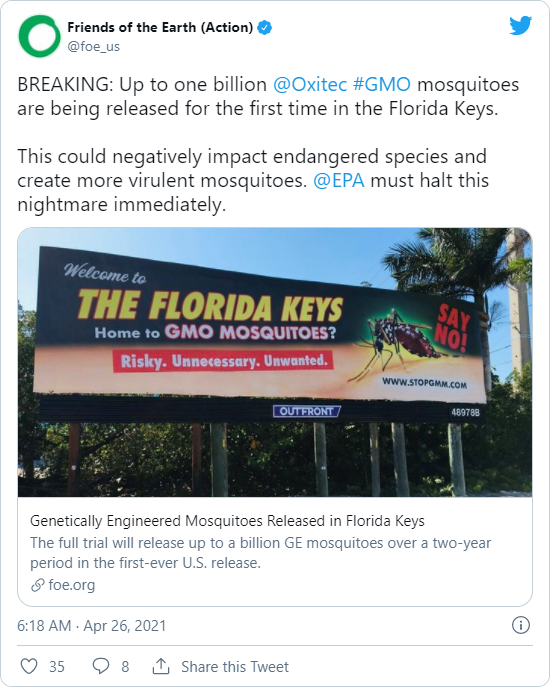 The Florida Keys Mosquito Control District and Oxitec said late last week that "less than 12,000 mosquitoes are expected to emerge each week" in Monroe Country over a duration of around three months, the initial phase of the experiment.

The stated goal of the project is for Oxitec's genetically altered, non-biting male mosquitos to mate with the local biting female population, producing female offspring that die in the larval stage before they can spread disease.

As the Miami Herald explained earlier this year:

"A 'death mechanism' designed into mosquitoes is meant to ensure no viable female offspring will result from the mating, according to Oxitec. The male offspring will pass on the 'self-limiting gene' to half of their offspring, said company spokesman Ross Bethell."

While Oxitec's CEO claims "strong public support" from Florida Keys communities, the project has sparked protests and pushback from local residents since the proposal was first floated.

"My family's bodies, blood and private property are being used in this trial without human safety studies or my consent," Mara Daly, a resident and local business owner in Key Largo, Fla., said in a statement April 26.

Barry Wray, executive director of the Florida Keys Environmental Coalition, added that the "EPA has set the lowest possible bar for approving genetically engineered insects and has opened Pandora's Box for future experiments that will slide through with little investigation."

"Everyone should be writing the White House to stop this release until there are regulations and standards that truly protect us," Wray said.