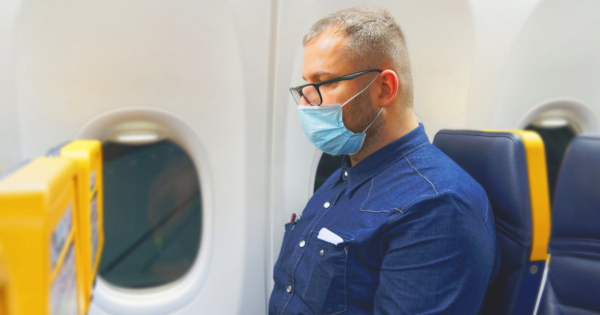 "The CDC is not a nationwide police force, and is not empowered to make laws," said Leslie Manookian, Founder and President of Health Freedom Defense Fund. "Nevertheless, with no legal authority to do so, these unelected, unaccountable technocrats have forced every citizen in America to wear a mask when they travel. We believe that Americans have the right to think for themselves and make their own health care choices without the meddling of government. Americans must not be dictated to in this manner by anyone, let alone unelected, unaccountable technocrats at CDC."

The nationwide mask mandate was issued by the CDC early in the Biden Administration. Since that time, a Florida Federal Court has struck down the CDC's cruise line order as unsupported by law, and five justices of the Supreme Court recently appear to have agreed that the CDC over reached with its nationwide eviction moratorium.

"The fact is that the police power -- that is the power to regulate the health, safety and welfare of Americans -- was specifically reserved to the States by our Constitution," said George Wentz of the Davillier Law Group, legal counsel for the Plaintiffs. "With the mask mandate, not only does the CDC usurp the role of the States by attempting to exercise general police powers, but at the same time it steps into the shoes of Congress and makes a nationwide law. We are confident that the CDC is way out of bounds here, and the Court will strike down the mask mandate."

Masks have been approved for use by the general public under an emergency use authorization (EUA) and are considered investigational products under the law. Their efficacy has not been proven, and their short and long-term side effects have not been studied. Recent studies have shown that masks do more harm than good, and expose the wearer to levels of carbon dioxide well above levels permitted by OSHA in the workplace.

Members of Health Freedom Defense Fund feel strongly that they should not, and cannot, be forced to wear masks and that no one should have the power to force another person to cover their airway.