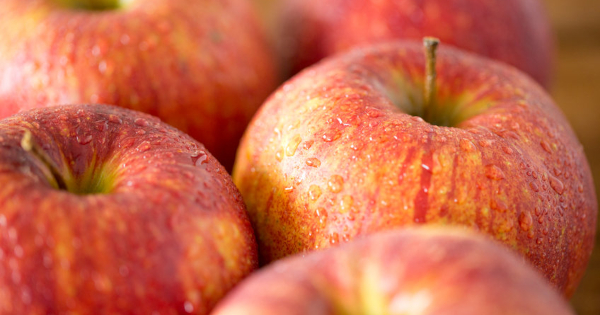 As the fall season rolls around we're reminded of cool weather, the richest earth colors and the start of another school year. September is also a great time to enjoy the healthiest fruits and vegetables from nature. Keep a list of the freshest produce available in this season and have a look at their unique benefits.

It's fairly easy to take apples for granted for their availability all year round. But their healing properties stand out from the rest; apples have been found, for instance, to prevent oxidative damage and impaired maze performance, as well as reduced cognitive performance in aging animal models.[i],[ii]

Consuming apples has also been linked by a few studies to cancer risk reduction, including the risk of colorectal cancer.

In a study, this type of cancer was inversely correlated with daily number of apple servings, with the most significant reductions observed for an intake of one or more servings of the fruit daily.[iii] In liver cancer, the peel was experimentally confirmed to kill cancer cells, likely due to its high content of phenolic compounds, antioxidants and anti-proliferative action.[iv] In breast cancer, the fruit was seen to inhibit mammary tumors in animal subjects.[v]

You can consume plums either fresh or dried, commonly known as prunes in such a form. Plums can be enjoyed as sauces, jams and chutneys; they can also add a nice sweet touch to meat dishes or turnovers.

Prunus domestica L. is believed to promote bone health, effectively preventing and reversing bone loss. To test this, researchers recruited 236 women, one to 10 years postmenopausal, to their trial and found that only dried plum significantly reduced the blood levels of bone turnover markers in the subjects.[vi]

For everyday wellness, consuming prunes may also help treat constipation. People who ate 2 ounces or 50 grams (g) of prunes every day for three weeks reported having better stool consistency as well as frequency versus the psyllium group.[vii] It's important, though, not to consume too many prunes to prevent unwanted effects such as diarrhea.

Known by the names French artichoke and green artichoke in the U.S., the artichoke is part of the species of thistle that's been cultivated as food. The plant's edible portion is made up of flower buds before the flower fully blooms.

In studies, artichoke has been found to have antioxidant, choleretic, bile-enhancing as well as lipid-lowering effects, along with standout benefits for the liver.[viii] In animal findings, the leaves and roots' liquid extracts have exhibited an ability to protect the liver and potentially help liver cells regenerate.

An economically valued vegetable in tropical and subtropical areas, okra has immature fruits used as a vegetable in soups, stews or salads whether fresh, dried or boiled.

Okra is known to be mucilaginous after it's cooked. The mucilage has a number of medicinal uses, including binding cholesterol and bile acid carrying toxins dumped into it by the liver.[x] Okra also offers fiber and protein consisting of lysine and tryptophan amino acids.

Okra has a number of potential health benefits, from helping to prevent cardiovascular disease and Type 2 diabetes to supporting digestion and fighting some forms of cancer.[xi]

Cauliflower belongs to the Brassica species, known for their health-promoting phytochemicals such as vitamin C, minerals and phenolic compounds.[xii]

Some of cauliflower's properties may aid in weight loss: it is low-calorie, with only 25 calories in every cup, and often serves as a substitute to less nutrient-dense foods such as rice. Its dietary fiber helps slow digestion as well as promote satiety, which may reduce the number of calories consumed throughout the day.[xiii]

In cooking cauliflower, boiling and blanching it had a significant effect on nutrient composition and led to significant losses of protein, minerals and phytochemicals.[xiv] As good news, steaming and stir-frying showed the lowest nutrient reduction.

This sweet, bell-shaped fruit is chock-full of health benefits. For one, it contains antioxidants and offers 27 to 41 milligrams of phenolics for every 100 g.[xv] According to animal studies, pears may regulate alcohol metabolism, prevent ulcers and lower cholesterol levels.

Pears aren't just a juicy fall treat but also a potent inflammation fighter. They are a rich source of flavonoid antioxidants, which can combat inflammation and help reduce disease risk.[xvi] In a large study involving more than 200,000 subjects, eating five or more weekly servings of fruits like pears, which are rich in anthocyanins, was linked with a lower risk of Type 2 diabetes.[xvii]

Mushrooms have a long history as a health-promoting food, dating back to their cultivation in ancient China. These fungi contain the same form of vitamin B12 found in meat, albeit in very low quantity, as well as fiber, selenium and other vitamins and minerals.[xviii]

Preclinical and clinical studies hail mushrooms' benefits on cognition, weight loss, oral health and even cancer prevention.[xix] They are thought to support healthy immune and inflammatory responses through their effects on gut microbiota.

Investigating the ties between mushroom intake and all-cause and cause-specific mortality risk, a 2021 study concluded that consuming mushroom was associated with a lower risk of total mortality in a nationally representative sample of U.S. adults.[xx]

Several different types of mushrooms are available in the market, with the common button mushroom as the most popular in the U.S. It can be eaten raw or cooked.[xxi] Other varieties include: