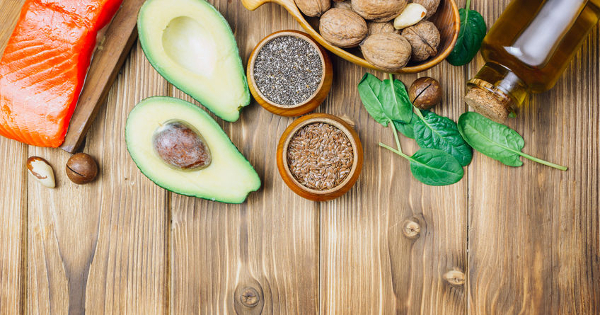 Omega-3 fatty acids are known to be good for heart health, but did you know that in high doses they may also slow cognitive decline?

Omega-3 fatty acid supplementation has been studied extensively as a therapeutic intervention, demonstrating promise in the treatment of neurological conditions such as bipolar disorder[i] and severe depression.[ii]

In a quest for safe, effective treatment options for cognitive decline, researchers at the University of Southern California (USC) tested omega-3 supplementation for potential value in slowing the onset of Alzheimer's disease (AD) in a first-of-its-kind clinical trial.[iii]

According to senior author of the study Dr. Hussein Yassine, associate professor of medicine and neurology at the Keck School of Medicine of USC, there is significant extant research supporting the preventive potential of omega-3 fatty acids, however, there is no data on the specific dosage required to achieve benefits in the fight against cognitive decline.

"Trials have been built on the assumption that omega-3s get into the brain," Dr. Yassine said in a news release. "Our study was specifically designed to address this question."[iv]

Dr. Yassine and his team of researchers conducted a small-scale clinical trial in which participants made a brave sacrifice on behalf of scientific advancement.

To determine how much omega-3 supplement is absorbed by the central nervous system versus remaining suspended in the bloodstream, in addition to blood draws, study volunteers were required to undergo two lumbar punctures, or spinal taps, in which a hollow needle pierces the lower back.

One procedure was performed at commencement to establish baseline levels, with another performed upon completion of the study period. Researchers gathered these samples of blood plasma and cerebrospinal fluid in order to gauge whether omega-3s had reached the brain, and if so, in what amounts.

Scientists measured levels of two different omega-3 fatty acids: docosahexaenoic acid (DHA) and eicosapentaenoic acid (EPA). The trial consisted of 33 participants with risk factors for Alzheimer's disease, including a family history of AD, sedentary lifestyle and a diet low in fatty fish. At the time of the intervention, none of the participants were cognitively impaired.

Out of the 33 total participants, 15 carried the gene variant APOE4, which is linked to inflammation in the brain and increases the risk of developing AD by a factor of four or more.

The other 18 participants were non-carriers of this variant. Participants were organized into two groups: control and treatment. The treatment group took supplements of more than 2 grams daily of DHA for six months. The control group took identical daily placebo capsules over the same time period. Both groups took daily B-complex vitamins for optimal metabolic processing of omega-3s.

After the six-month intervention period was complete and analysis of biofluid samples were finalized, the treatment group participants who took omega-3 supplements had 200% more DHA in their blood compared to the control group.

DHA levels in cerebrospinal fluid were 28% higher in the treatment group than the control group, indicating a far lower absorption rate of omega-3s in the brain than is detectable in the bloodstream.

Among the individuals in the treatment group without the APOE4 genetic mutation that heightens the risk for Alzheimer's, there was three times as much anti-inflammatory EPA detected in cerebrospinal fluid than in those with the APOE4 variant. This finding indicates that individuals with risk factors for AD may require higher doses of omega-3 fatty acids in order to achieve therapeutic levels in the brain.

"[APO]E4 carriers, despite having the same dose, had less omega-3s in the brain. This finding suggests that EPA is either getting consumed, getting lost or not getting absorbed into the brain as efficiently with the E4 gene," Dr. Yassine stated.[v] The 2-gram dose of omega-3s used in this trial doubles the typical 1-gram dose used in prior major clinical trials on omega-3s for AD prevention.

Dr. Yassine warns that using a 1-gram omega-3 supplement correlates to a less than 10% increase in omega-3s in the brain, a dose that he says, "may not be considered meaningful" in the fight against Alzheimer's disease progression.[vi]

The research team concluded that even higher doses of omega-3 fatty acids may be required to slow signs of declining brain health in carriers of the APOE4 gene.[vii]

The USC research team's results were published in July 2020 in the journal EBioMedicine. Dr. Yassine has obtained additional funding for a larger, longer trial on whether high doses of omega-3s can slow cognitive decline in carriers of the APOE4 gene.

The two-year study, to be conducted on 320 participants, has a near-term goal to establish proof-of-concept that the drug is getting into the brain and positively affecting the biomarkers of disease. Researchers ultimately hope to identify and develop therapies for preventing AD.[viii]

The consumption of fat is a frequent topic of food wars among health-conscious individuals. The idea of healthy fats versus unhealthy fats is no longer considered controversial, and omega-3 fatty acids are arguably the most well-known of the "good" fats.

If you prefer to obtain healthy fats from food sources rather than supplements, fish such as mackerel, sardines and salmon are among the best sources of omega-3 fats. Besides the brain health benefits, eating fish and foods high in vitamin D and omega-3s may help you prevent heart attacks and stave off cancer.

There are more than 60 known health benefits of omega-3 fatty acids. A high-quality EPA supplement may even provide a boost to mood. Studies have shown EPA to be as effective as Prozac in treating major depressive disorder.

To learn more about the health benefits of omega-3s and to uncover natural ways to support brain health, consult the GreenMedInfo.com natural health database. 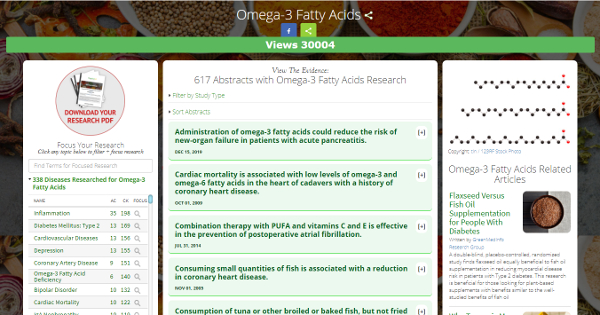