Views 7815
Posted on:
Tuesday, March 20th 2018 at 11:45 am
Written By:
GreenMedInfo Research Group
This article is copyrighted by GreenMedInfo LLC, 2018
Visit our Re-post guidelines 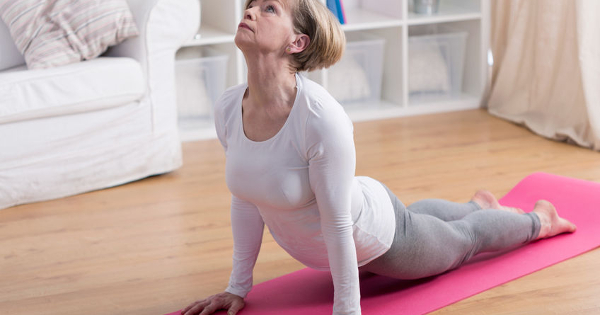 As we age, it can be tempting to “take it easy” on ourselves physically, and even let our fitness slide. A new long-term study on dementia has highlighted the importance of staying as fit as possible, for as long as possible, to ensure not just a healthy body, but also a healthy mind.

On March 14, 2018, the results of a 44-year longitudinal study[1] were published in the widely-read, peer-reviewed journal, Neurology, delivering encouraging results regarding the power of fitness to ensure healthy aging. According to the National Institute of Health (NIH), “Longitudinal studies employ continuous or repeated measures to follow particular individuals over prolonged periods of time—often years or decades.”[2]

In this study, Swedish researchers compiled and analyzed data that had been collected since 1968 on the female population of Göteborg, Sweden. More than 1,400 women between the ages of 38 and 60 were periodically interviewed, and given medical examinations. A further reduction of 191 women was made on the basis of having taken a cardiovascular fitness test during their initial examination, consisting of pedaling a stationary bike for six minutes, at maximum possible speed during the final minute. This became the research focus group.

By the end of the data collection period in 2012, 44 women in the focus group, now in advanced age, had developed dementia or Alzheimer’s disease. What stood out to researchers was the fact that cardiovascular fitness level had a clear association to risk of developing a degenerative mental health condition. The 40 women in the focus group who were categorized as “highly fit” were much less likely to suffer from dementia or Alzheimer’s disease—88% less likely, to be exact.

The association between exercise and mental health is startlingly clear: each decreasing level of cardiovascular fitness was tied to stepped-increases in risk of developing dementia.

While it’s not clear that waiting until an advanced age to begin a fitness routine will confer these same benefits, this research indicates that improvements we make to our fitness throughout mid-life can create long-term benefits for our brains. According to the study author, Helena Hörder from the University of Gothenburg: “These findings are exciting because it’s possible that improving people’s cardiovascular fitness in middle age could delay or even prevent them from developing dementia.”[3]

Other studies have come up with similar findings. A 2016 study[4] on the benefits of mid-life exercise and how it relates to brain volume later in life, determined that poor cardiovascular fitness and high diastolic blood pressure and heart rate during exercise were associated with a smaller total cerebral brain volume almost two decades later. The effect of lowered fitness was equivalent to approximately one additional year of brain aging in healthy individuals.

An August 2017 study explored the benefits of good cardiovascular health during young adulthood and how that affects mid-life brain structure. Titled “Cardiovascular health in young adulthood and structural brain MRI in midlife,”[5] this study followed 518 participants of the Coronary Artery Risk Development in Young Adults (CARDIA) brain MRI sub-study. Participants were aged 18–30 years at onset and given a final MRI after 25 years. Scores were assessed in relation to percent of intracranial volume of normal tissue of the whole brain, gray matter, and white matter, and abnormal tissue volume of white matter at year 25. Results were adjusted for factors such as age, sex, race, educational attainment, and alcohol consumption. Researchers concluded that “maintaining ideal levels of cardiovascular health in young adulthood is associated with greater whole brain volume in middle age.”

In a March 2018 editorial published in Neurology titled “Fitness and dementia risk: Further evidence of the heart-brain connection,” the authors state that “Cardiovascular dysfunction and vascular aging are systemic conditions that affect all major...organs, including the brain. It follows that cardiovascular disease...and cardiovascular risk factors are associated with an elevated risk for developing dementia.”[6] Perhaps this explains why it is such a focus area for researchers. Vigorous exercise has been explored for neuroprotective properties against Parkinson’s Disease, with authors of a 2011 study[7] determining that ongoing, vigorous exercise may favorably influence the progression of this disease. Researchers recommended integration of physical fitness programs as adjunct therapy, and advised structured, graduated fitness instruction for deconditioned patients with Parkinson’s Disease.

With virtually no downsides to developing and maintaining fitness, and a mountain of evidence showing that how we treat our bodies greatly impacts the health of our brains, there is no better time than now to start, or ramp-up your physical fitness regime. To learn more about the ways to slow-down, and even reverse signs of brain degeneration, explore GreenMedInfo’s research database on the aging brain 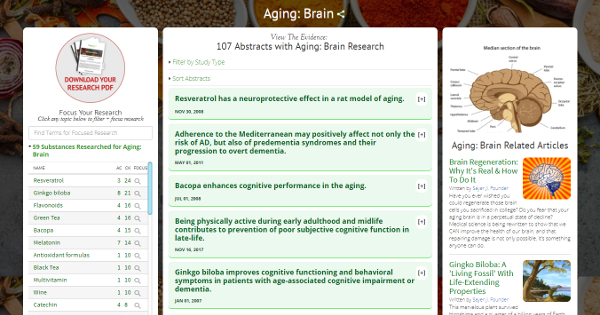