How to Eliminate Postpartum Hemorrhage

Views 8716
Posted on:
Monday, November 19th 2012 at 5:00 am
Written By:
Judy Slome Cohain, CNM
This article is copyrighted by GreenMedInfo LLC, 2020
Visit our Re-post guidelines 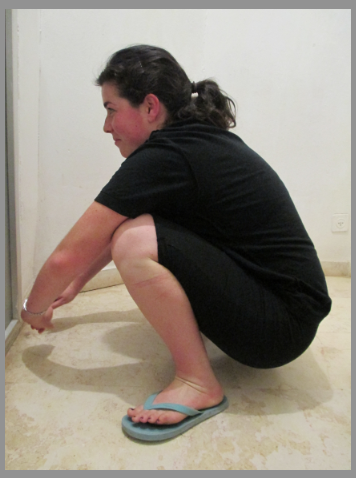 It's hard to compete with 20 billion years of evolutionary selection, but the current medical management of the birth of the fetus and the placenta attempts to do just that, albeit rather unsuccessfully. For eons, all animals including humans passed on genes and habits that ensured delivering a live healthy newborn without bleeding excessively or dying of postpartum hemorrhage at birth. Among mammals, bleeding to death would not result in successful reproduction, until recently, because a live mother was required to nurse the newborn.

Bleeding heavily makes a mother more prone to dying of infection. Bleeding would attract predators near the newborn. No animal or mammal, other than humans, bleeds more than a spoonful postpartum. (1) Only humans bleed and only humans bleed excessively after birth. It is not clear when this started, but the first documentation of excessive postpartum bleeding, not death from bleeding, is from 1400 stating, "Women sometimes bleed too much after childbirth and this makes them very weak."(2)

Although of course not definitive, there is not a single mention of a woman bleeding to death at birth in the entire Bible and Talmud (500 AD). In addition to bleeding to death at birth, there is no mention of excess blood loss at birth in the 5,000 page scholarly Talmud even though 1 book out of the 6 books of Talmud is dedicated exclusively to uterine bleeding. The Talmud does discuss bloodless birth and birth that has so little bleeding that it appears bloodless- which seem foreign to us today, but was normal then. (Niddah 21a) The commentator Rashi 1040-1105 doesn't mention excess bleeding after birth in his extensive writings on life in the Middle ages.

This evidence builds the case for postpartum hemorrhage being a product of life style changes, such as nutrition, exercise and birth interventions since 1200. Another hint that PPH is new is that until 1800s, blood letting was the most popular form of healing. It is spoken of in the Talmud often, although a minority opinion of Rabbi Ahad said it was dangerous and people should avoid doctors because of it. If excessive bleeding at birth was problematic or life threatening, the question arises wouldn't blood letting have died out sooner as common practice?

Using current medical management of the delivery of the placenta, doctors expect between 5% and 13% of women to lose over half a liter of blood and 1% to have a severe hemorrhage of a liter or more, not including cesareans where all women lose at least a liter. There is no known accepted management which completely prevents postpartum hemorrhage. Postpartum hemorrhage is accepted as normal. Active management results in 5% PPH and expectant management results in 13% PPH. (3) Using active management, each woman is given a shot of pitocin or syntometrine as the baby is born.

It is against evolutionary logic that every woman would need a shot of oxytocin to prevent hemorrhage. A protocol which requires every woman to be treated at birth with a drug resonates from a place that assumes the female body evolved with a defect incompatible with reproduction. Logically, her body evolved to make the right amount of oxytocin to prevent PPH, which is necessary for successful reproduction.

There is no evidence supporting the genetic speculations for why humans experience excessive bleeding and hemorrhage at birth and there is a logical reason for why this would not have evolved genetically. No matter what genetic advantage one might propose that bleeding after birth confers, if it killed the mother, then it would not be passed on. The opposite is true- less bleeding leads to a stronger mother who is more likely to successfully raise her child to reproductive age. Postpartum hemorrhage therefore is unlikely to have a genetic basis.

Yet popular theory promoted by respected journals promote the opposite concept. The current theory is that placental physiology evolved with a mechanism to self-destruct the mother at birth thru preeclampsia and postpartum hemorrhage. (1) There is extensive ongoing search for an 'anomaly' of the placenta that could be blamed for newborn morbidity and mortality. All of the following have been blamed at some point: circumvallated, syncytial knots, poor villous vascularity, focal and diffuse villi fibrosis, focal and diffuse thickening of blood vessels, amnion cell metaplasia and the latest placental micro RNA in maternal circulation.

But all of them occur about as frequently among placentas born to healthy, full term newborns and therefore are far from unique to preeclampsia, post partum hemorrhage or fetal growth restriction. (5,6) It is illogical to argue that to prevent women and babies dying of preeclampsia or growth retardation, evolution developed a more invasive placenta that would result in more women and babies dying of PPH.

Evolution generally gets it right. Women are selected for the past 500,000 years to eat lots of green leaves, walk miles per day, hardly ever be sedentary, swing around, never lay down for an ultrasound scan, and squat while their placenta stay attached until they deliver the baby and then for it to detach and deliver, while they squat low and deep on the floor about 4 minutes after giving birth.

The critical factor in preventing PPH is getting the placenta delivered by 5 minutes. (2,3) Timing is everything. The key factor is expedience, not drugs and the way to get that placenta out whole reliably, is a full deep squat on the floor at 4 minutes postpartum.

PPH rates are currently rising with increasing caesarean and induction rates. (7) Despite this increase, cesarean and induction rates continue to rise. For those who wish to decrease PPH, dramatically decreasing cesareans, inductions, and obesity would be the first priority. In addition to that, a rethinking of the third stage to completely prevent severe PPH is suggested: Can PPH is completely eliminated by returning to prenatal conditions and third stage management that prevented PPH in non-human primates until today and human until the last millennium?

Judy's 3,4,5 protocol is associated with 0% severe PPH> 1000 mL, 0.6% = 500 cc for 500 consecutive high and low risk women, (exclusive of CS, forceps, vacuum, IV Pitocin, epidural or spinal in labor) (8). This protocol may completely eliminate postpartum hemorrhage: Judy's 3-4-5 PROTOCOL: At birth, immediate continuous skin-to-skin contact with the baby is initiated for the first 3 1 ⁄ 2 minutes postpartum. Don't cut the cord before 3 minutes. The midwife keeps hands off the fundus. At 4 minutes: The midwife directs the mother into a good deep squat with her bottom almost touching the floor and feet flat on the floor or on the floor of an empty bathtub, or over a low plastic bowl if midwife wishes to measure blood loss.

If the mother has agreed to the cord being cut, the mother hands the baby to someone. The midwife gives verbal encouragement to push. Woman will not feel a contraction, she pushes without feeling a contraction. If the placenta is not born, the midwife assists the cord to come further out by gently pulling it down about 5-15 cm in length in order to reassure the mother that the placenta is low and to encourage her to push. The woman is in a low squat while she pushes out and births the placenta. The time of delivery is noted. Immediately after delivery of the placenta, the mother is assisted to put on an absorbent pad and underwear(optional), assisted into bed, and immediately given the baby.

The uterus is then immediately massaged to check for clots. If bleeding completely fills an absorbent disposable diaper during the next 5 minutes, a shot of either 10 u Pitocin IM, 0.2 mg methergine IM (intramuscularly), or both is given at 10 minutes postpartum. Early suckling at the breast is initiated, which generally takes place between 10 and 45 minutes postpartum. In the case of a woman with a history of PPH>1000 mL, on previous birth(s), or delivering twins, prophylactic methergine 0.2 cc IM is usually given as soon as placenta is delivered.

The 3,4,5 follows evolutionary logic. It allows for the baby to be connected to the cord as long as blood volume is flowing to the baby; no unnecessary uterotonics; gravity assists in delivering the placenta whole without leaving any stray cotyledons or amniotic sac membranes inside thereby preventing parts of the placenta left inside the uterus; provides the longest, least interrupted, most optimal bonding time with the newborn, since the majority of newborns are not interested in nursing between 4 to 5 minutes postpartum and even it is uncommon for mothers to be happy to nurse while sitting in a puddle of feces, urine and afterbirth products; avoids retained placenta i.e. placenta blocked from delivering because the cervix closing up due to time or uterotonics; it speeds the diagnosis of placenta accreta/percreta/increta (any placenta that has not delivered by 30 minutes after the mother has been pushing in full deep squatting for 25 minutes); avoids placenta accreta being confused by a placenta retained because of a closed cervix; lowers blood loss which increases the ability of the mother to make optimal use of the 2 hour bonding period, eliminates the need for blood transfusions and risk of Sheehan's disease and allows for the mother to be stronger for the next few months.

Judy's 3,4,5 innovative solution to PPH appears to use an evolutionarily optimum method to optimally deliver the placenta such that severe PPH is completely eliminated. Judy's 3,4,5 can be demonstrated easily even where no common language exists. Where there is interest in reducing or eliminating PPH, this might be a good place to begin further research.