Hubris is Surging at the EPA

Views 1336
Posted on:
Sunday, December 20th 2015 at 1:45 pm
Written By:
Evaggelos Vallianatos
This article is copyrighted by GreenMedInfo LLC, 2017
Visit our Re-post guidelines 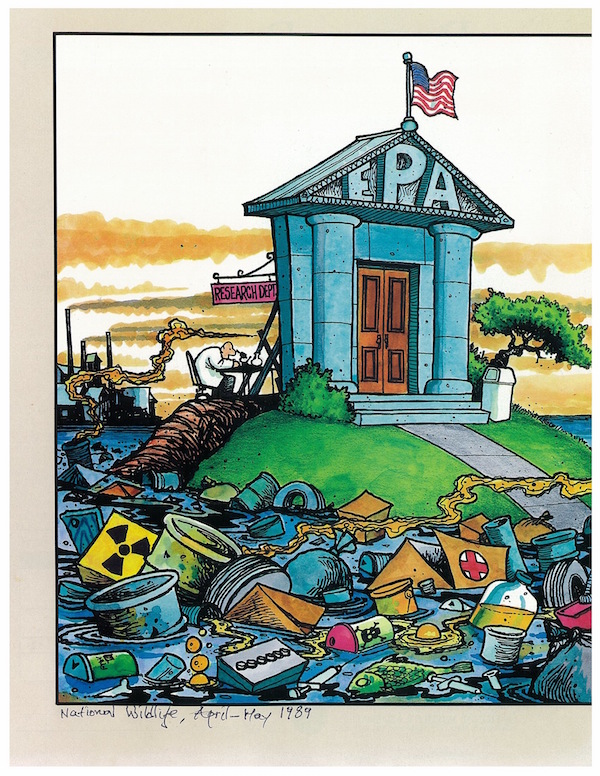 Hubris is Surging at the EPA

The EPA is tossing aside safety data; Companies "testing" their own products have led to the EPA sweeping major environmental and social problems under the rug.

In 1978, eight women from the small western Oregon town of Alsea sent a letter to the EPA documenting a frightening series of miscarriages—all of which had occurred shortly after the spring spraying season. The women wanted to know if there was a connection between their spontaneous abortions and the weed killers 2,4,5-trichlorophenoxyacetic acid (2,4,5-T) and 2,4-dichlorophenoxyacetic acid (2,4-D) that timber companies had been spraying in the forests surrounding their homes.

The EPA administrator, Douglas Costle, found the letter disquieting. He asked staff scientists to look into the possible connection between the spraying of these herbicides and the incidence of women giving birth to children without brains or with fatal brain defects.

The results of the study were damning. EPA investigators found a highly toxic dioxin chemical known as 2,3,7,8-tetrachlorodibenzo-p-dioxin (2378-TCDD) in the sediment of a local creek in Alsea and they discovered that this poison was seeping into the bodies of the people of Alsea, with devastating results: miscarriages at nearly triple the normal rate.

The Alsea incident revealed the troubling relationship between the EPA and the chemical industry. It showed just how vulnerable the American public could be when its environmental watchdogs are compromised by powerful businesses. And it revealed the chemical warfare origins of 2,4-D and 2,4,5-T: Agent Orange.

Agent Orange is the acutely toxic defoliant used by the United States as a chemical weapon during the Vietnam War. The compound was a fifty-fifty mixture of 2,4,5-T and 2,4-D. TCDD contaminated Agent Orange.

The women in Alsea, Oregon, learned that the same chemicals that were causing such trouble among Vietnam vets were now poisoning them.

In March 1979, after the Alsea study revealed a link between the herbicides and miscarriages, the EPA canceled 2,4,5-T. But 2,4-D survived to our day not because it was safe but because of the power of Dow.

"Private citizens and environmental organizations from numerous locations throughout the country are expressing their thoughts and fears that miscarriages... and birth defects in their communities are occurring in alarming numbers because of 2,4-D exposure,"

In addition, on September 26, 1983, S. M. Jalal, professor of biology at the University of North Dakota, informed EPA he was "surprised" that 2,4-D did in fact contain TCDD dioxin. An 1981 EPA study had concluded that the TCDD dioxin is a "likely" human carcinogen and may be "the most toxic chemical ever known to man," with awesome degenerative power that could cripple, cause cancer, and kill experimental animals at "exceedingly low doses." 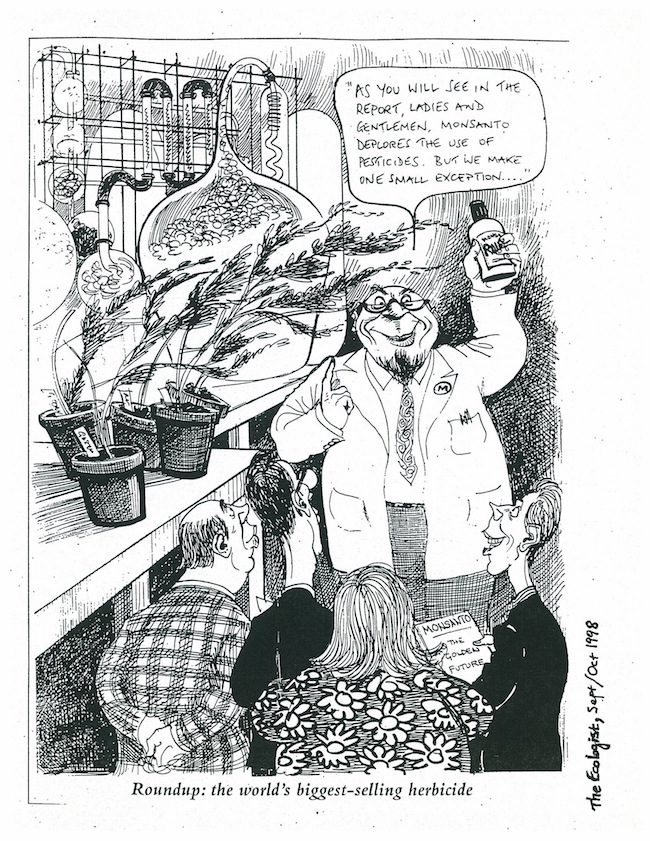 How do I know all this? I worked at the EPA from 1979 to 2004. So I smile bitterly seeing the EPA in 2015 is still playing science games. It has cleansed its memory and libraries of the Alsea women. They never existed. TCDD dioxin has nothing to do with 2,4-D. And Dow data about 2,4-D are reliable.

EPA should know better. In many instances, EPA couldn't trust the data of the chemical industry. For example, pesticide companies funded fraudulent testing of their chemicals for decades. A scientist of the Federal Drug Administration, Adrian Gross, discovered that fraud in 1976. And despite the initial urgency of wishing to do something about labs making results out of thin air, nothing meaningful happened. Only splashy Senate hearings in 1976 focused momentarily the spotlight on chemical industry corruption. But there was no legislation to create an independent national laboratory and forbid the industry from testing its own products. I document this abominable corruption in my book, "Poison Spring."

Instead of ending the temptation of fraud by legislation, maximum penalties for the criminals, and by vigorous regulation, EPA and other government agencies have been wishing fraud away. Political forces on Capitol Hill and the White House blocked and continue to block real reform. In fact, the Reagan administration tried to kill the messenger of bad news, EPA.

So EPA redesigned itself to mirror the industry. It did away with its lab audit team and began outsourcing its responsibility of evaluating industry data to lessen the chances of coming across criminal labs, thus avoiding the wrath of the industry and its supporters in the White House and Congress.

Second, this crime is going on for decades. And the sprays continue. In fact, the deadly lessons of the Alsea poisonings of 1978 are probably being duplicated in 2012-2015 in the Yakima, Benton and Franklin counties of the State of Washington. Once again, women are giving birth to babies without brains. And, once again, local authorities are reluctant to dig deep enough lest they connect the birth defects to pesticides.

The media for the most part are absent, assuring us business as usual is best for America. But in the case of pesticides, the situation has always been bad. According to a 2015 statement of the Endocrine Society, pesticides imitate hormones and disrupt how cells develop and grow. This increases the risk for obesity, diabetes, cancer and reproductive and neurological disorders. Also in 2015, the International Federation of Gynecology and Obstetrics warned us of the risks of environmental chemicals, including pesticides. "The global health and economic burden related to toxic environmental chemicals is in excess of millions of deaths and billions of dollars every year," the Federation wrote.

But neither the media nor the EPA takes these warnings seriously. Even when a newspaper investigates EPA and the industry, the investigation is taking place in the abstract "scientific" papers, studies, and emails, memoranda EPA makes available. Reporters fail to ask proper questions. Are industry data, for example, reliable?

The recent Chicago Tribune investigation of a couple of herbicides, 2,4-D and glyphosate, is a case in point. The investigation reached the right conclusion: the EPA is tossing aside safety data. But what "safety" data? Neither the EPA nor the Tribune reporter assures us that the EPA is using reliable studies. On what grounds then is EPA standing in justifying higher public exposure to these two deleterious compounds? What if EPA under pressure used problematic studies? Like fake studies the industry routinely used for decades in the twentieth century?

It's wrong to allow, much less increase, the amount of 2,4-D Americans eat. 2,4-D is not safe. The same is true of glyphosate. It is not safe.

EPA is rehabilitating 2,4-D into a harmless spray to fit Dow's strategy of mixing 2,4-D with glyphosate for killing superweeds.

An EPA working for us must have an independent national testing laboratory. No longer should pesticide companies be allowed "testing" their own products. EPA must also be made independent of political influence from the industry and its clients, Congress and the White House. The Supreme Court and the Federal Reserve are models for a future EPA.

Evaggelos Vallianatos, Ph.D., is the author, with McKay Jenkins, of "Poison Spring: The Secret History of Pollution and the EPA" (Bloomsbury Press, 2014).