I SPY FROM INSIDE: Nano-Robotics And The Invasion of Privacy 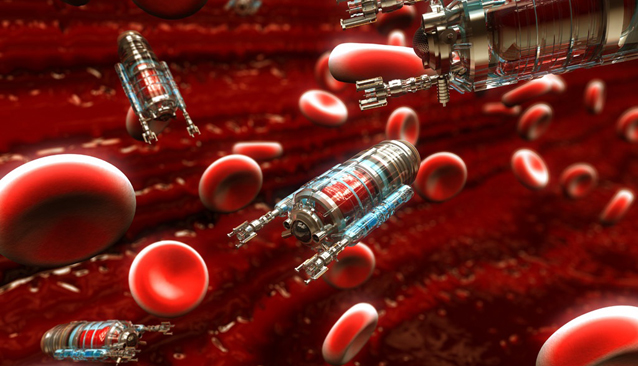 The National health Federation was the first to alert the public and the health-freedom community about "the need for a Constitution for the Race of Mankind," because of the invasion of privacy and increased vulnerability to outside control of internal bodily processes via monitoring by healthcare professionals.

"Science is a double-edged sword; it creates as many problems as it solves, but always on a higher level."

In November of 2012, the National Health Federation published a book review on the Physics of the Future by Machio Kaku. NHF was the first to alert the public and the health-freedom community in particular about "the need for a Constitution for the Race of Mankind" as we understood we were about to be violated. The excellent, albeit lengthy, book's major flaw was not carrying the technological innovations in regards to nano-robots through to the ultimate conclusion and NHF noted it: the invasion of privacy and increased vulnerability to outside control of internal bodily processes via monitoring by healthcare professionals. Quoting from that book review:

"There are so many issues to decide, many which invade privacy while delivering greater information and scope of services...We have some major decisions to make as a race in the present- the future is now. Taking a proactive approach to sensitive considerations will ensure the preservation of all you hold dear now."

"Science is a double-edged sword; it creates as many problems as it solves, but always on a higher level.' How can we shape our minds to embrace the constant of change and have the discernment ready to sort the profitable and helpful from the controlling, damaging, and destructive? What will health freedom look like in the future? How much transparency is too much? Where do we let God be God/Nature determine, etc. and where do we intervene? If ever there was a need for a Constitution for the Race of Mankind, it is now."

So, now with the development of the Internet of Things and Big Data,

"we have already traversed the brink of privacy invasion in the implementation of systems like the Epic Medical Record keeping and Smart Meter installations. How far are we willing to go to have knowledge of our body's inner workings? How much internal invasion will we tolerate in order to gain bio-data, perform surgeries, or deliver medications without using the skin as a portal of entry? Will it be worth the scientific advances to have all this data instantly uploaded – even our clothing uploading all our statistics as we dress in the morning? Suddenly, although clothed, we are naked and there is nothing except our thoughts that remain hidden- so far anyway."

The Cambridge Dictionary has entered a new word that is going to change your life: Nanorobotics[i] - the use of extremely tiny components (measuring a nanometer or less) to make robots. 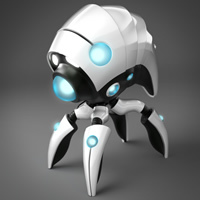 Nano-robotics is gaining importance in the field of industrial robotics. It is gaining momentum in health care and other niche markets.

Nano-robotics promise to usher in a new era of human development. They work on an atomic level. They can be remotely controlled or pre-programmed for a certain procedure. While this sounds advanced, it comes at a steep price most will agree may be unreasonable. And this is where you need to be concerned. Personally, most of us would take parasites and bacteria over having nanorobots swimming in our bloodstream monitoring every nuance, delivering drugs to the site, and reporting back to Big Data and the Medical Mafia. Do you realize how much power is lost when we trust these nanobots to act in our favor apart from the potential of the human controlling them on the other end?

The health-freedom community has some major privacy issues to debate NOW.

Will you agree to loss of privacy and control over your own body to simply "make a market" for the industry that created this new technology? NHF sees this at Codex continually; market-making off the backs of people like you and me. Health care? Safety? Not even in the equation oftentimes. Like the law of unintended consequences, this potentially revolutionary technology can imprison you, endanger you, and even kill you. With the use of nano-robotics you place control of your body outside of yourself. You are no longer sovereign. You have relinquished control. Since NHF believes in every man's right to decide for themselves, this is most assuredly your choice. But please know the risks going in.

Nano-robots are controlled by an outside force.

Information feeds back through the computer system.

You subject yourself to a potential pirating of your sovereignty in the form of hacking.

We all know by now that the cameras installed that are monitored by your iPhone are also monitored. And not by you. Did you not think that others could and would be watching what you are watching as you absent yourself from your home?[ii]

There is no question that the IOT is a security risk and highly hackable. "According to the FTC, 25 billion objects are already online worldwide, gathering information using sensors and communicating with each other over the internet, and this number is growing, with consumer goods companies, auto manufacturers, healthcare providers, and so many other businesses investing in the new breed of connected devices. 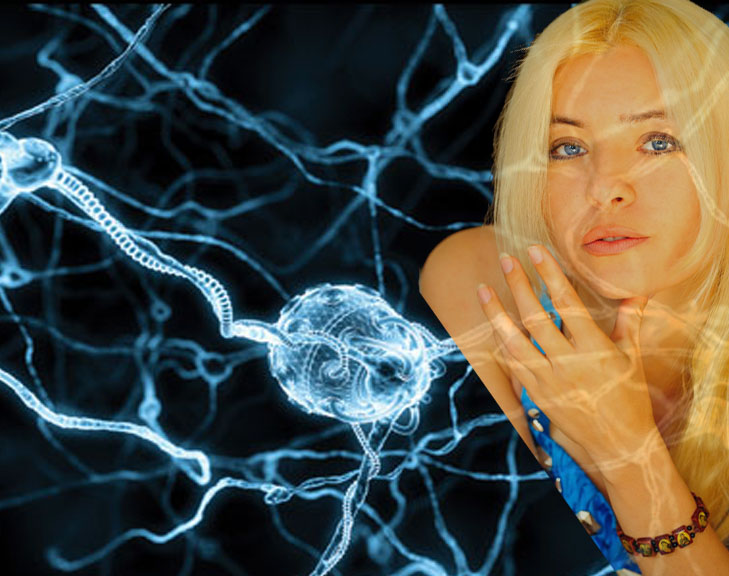 Such devices can help monitor your health, improve safety on highways, and make your home more efficient. But the FTC says that as manufacturers work to reduce the friction involved in using these smart things—to let people more easily gather data and send it to and fro—privacy and security is becoming a serious consumer concern."[iii]

The National Health Federation warned of this years ago and here it is from the FTC, "According to a study from HP Security Research, 70 percent of the most commonly used Internet of Things devices had serious security vulnerabilities."[iv] So we are supposed to trust the source (i.e. health care practitioner's office, hospital, etc.) and trust staff not to use this information in an unauthorized fashion? The health-freedom community is far too savvy to submit to this invasion potential.

The first step in solving problems is alerting and NHF did in 2012. Now we are to the stage of decision-making. Be forewarned of the issues going into advanced technology medical procedures involving nanorobots that will monitor, deliver drugs, and more. In this extended quote you understand that, "These robots are fully self-supporting and are capable of affecting things at a microscopic level.  These robots are so small, in fact that they can build things with molecules and even change the molecular structure of existing material.  They can, for example, break down materials they find, extract the necessary parts, and then build something entirely new.  The usefulness of this technology is clear when we consider the fact there is almost nothing which nanobots cannot, theoretically, change or create.  While this technology may still be quite new, there are already a number of proposed uses for these microscopic little robots.

One area of science which is eagerly developing new uses for these machines is that of medicine.  There are a number of medical problems which represent significant challenges for doctors.  While modern medical and surgical techniques have come a long way, there are still many things which doctors are powerless to change.  Surgery itself is still extremely complicated and success is not always guaranteed.  Part of the reason for this is that it is still incredibly invasive and can often cause much more damage than it had tried to fix.

Medical uses for nanotechnology are numerous.  Since these robots are so small, they can be inserted into a person's biological system without any noticeable effects.  They are so small, in fact, that they may be the same size as blood cells.  They can either be remotely controlled or pre-programmed for a certain procedure.  They could, theoretically, be programmed to seek out and deconstruct cancer cells and completely eliminate them without the need for lengthy treatments.  They could also be employed to repair and reconstruct damaged tissue on the cellular level.  This would have the effect of drastically increasing a person's own natural ability to heal themselves.  No matter how damaged a portion of a person's body may be, these nanobots might be able to repair them."[v]

Dramatic. As revolutionary as the printing press to the development of mankind, but in the wrong hands or with the wrong programming—deadly. And at minimum, you are an open book from the "book of life" outward, profitable, programmable, etc.

Due to Japan's discrepancy in children available to care for elderly parents, they have resorted to using robots.[vi] It is time for the health-freedom community to face the facts and draw the line in the sand. Will it be a Maginot Line that is easily breached or will it be firm? It is up to us to decide.