Illness as an Obstruction to Growth of Consciousness 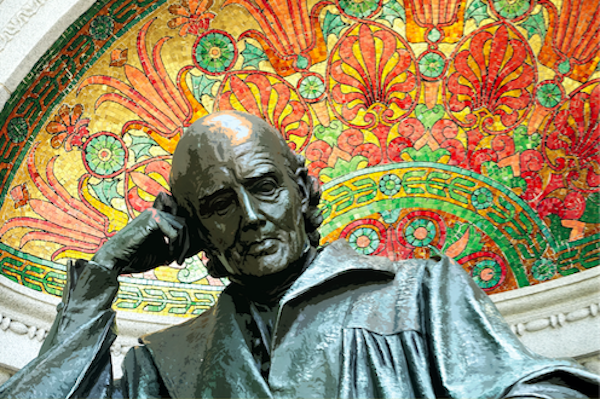 There are lots of books that explain homeopathy in relatively simple terms. And there are many manuals designed for the homeopathic professional. But there are very few books that provide a sophisticated overview of homeopathy that is both challenging and yet suitable for all readers. Written from the perspective of an experienced homeopath, Dynamic Medicine is an insider's guide that encourages the reader to think deeply about the nature of illness, the hazards of conventional medicine, and successful strategies for genuine healing.

The following is an excerpt from Dr. Larry Malerba's book, Dynamic Medicine: The World According to Homeopathy, which offers an insightful examination of this unusual healing art and science…

It should be clear by now that orthodox medicine takes a targeted approach to illness. It focuses almost exclusively on the most immediate and local physical problems. Its seeks to eliminate the most pressing symptoms at the present moment. It promises little regarding overall health or long-term well-being.

When a person with an inflamed gallbladder seeks orthodox care, doctors have only the expectation that surgery will remove the patient from immediate danger. There is no consideration for longer-term implications. It is not uncommon for such a patient to continue to complain of digestive discomfort, even after surgery. Regardless of whether the patient also complains of fatigue, diarrhea, and irritability, those issues are of little concern to the surgeon who considers the job done once the gallbladder has been removed and the patient is no longer in immediate danger.

You might ask, what's wrong with that? Isn't that what surgery is supposed to accomplish? And the answer is, yes, that is what we have been conditioned to expect from a system of medicine that claims to have the only answers to such problems. However, from a homeopathic perspective, there is much more that can be done. It is reasonable to think that the gallbladder can be saved, digestive normalcy can be restored, and long-term well-being can be maximized.

In this sense, Western medicine has very little to do with true healing. Its concept of healing is more like convalescing after surgery or lying in bed recovering from pneumonia. I'm not knocking the fact that medicine is this way. Conventional medicine is ideal for emergencies and late-stage illnesses after all other options have been exhausted. But it should not be mistaken for real healing. That would be an awfully low bar to set.

Not infrequently, I find myself having to answer the question, "What is this remedy supposed to do, doc?" Clearly, patients want to know how the medicines work. Do they stop inflammation? Do they lower blood pressure? Do they kill viruses? In other words, patients want to know the mechanisms of action behind homeopathic medicines. They ask because they have become accustomed to a medical system that provides lots of explanations but few real solutions.

Trying to answer such questions can be like trying to communicate with someone in a foreign language. When I explain that a homeopathic prescription is not designed to target the main complaint as much as it is aimed at healing the whole person, it tends to elicit more questions. If I claim that homeopathy can help a person avoid surgery, end gallbladder pain, and relieve fatigue, diarrhea, and irritability, I am likely to meet with skepticism. Nevertheless, I have seen such results more than a few times in my homeopathic career.

To answer the question honestly, a good homeopathic prescription restores balance to an out-of-balance life force. It does not target any specific symptom. It does not act through any identifiable physiological mechanism. It is neither a painkiller nor an antibiotic. While it may be true that a well-chosen remedy can relieve pain, reduce inflammation, and restore proper physiologic functioning, it does not do so directly. It does so by restoring the whole person to a state of bioenergetic balance. When the life force re-establishes balance, symptoms become no longer necessary.

Such an answer can frustrate people who think in conventional medical terms. For some, it may seem like a gimmicky, made-up, New Agey answer. But it is the best answer that I have to offer. It is an answer designed to explain how homeopathic medicines can have such long-lasting and far-reaching effects. Such effects cannot be explained via reductionist thinking. They can only be understood from a holistic perspective. It is an answer that explains a repeatedly observed phenomenon that defies the boundaries of conventional scientific thought.

Successful homeopathic treatment should result in restoration of health, not just the elimination of symptoms. Restoration of health means the vital force is free once again to respond to life's stressors. The life force becomes more resilient and flexible. This manifests as overall physical, emotional, mental, and spiritual well-being. This state of balance translates into greater immunity and adaptability.

In constitutional treatment, homeopaths base their prescriptions on what they call the "totality of symptoms." This totality encompasses all discernable deviations from the normal healthy baseline. The underlying disturbance in the vital force can only be detected by its outward manifestations, by the symptoms it produces. This includes all physical, mental, and emotional symptoms as described by the patient. It was Hahnemann himself who first instructed his students to choose the simillimum by determining the totality of symptoms.

The totality of symptoms must be the principal or the only thing whereby the disease can make discernable what remedy it requires, the only thing that can determine the choice of the most suitable helping-means. Thus, in a word, the totality of symptoms must be the most important, indeed the only thing in every case of disease, that the medical-art practitioner has to discern and to clear away, by means of his art, so that the disease shall be cured and transformed into health.1

This does not necessarily mean that a healthy person is one who is completely symptom free. The deciding factor is whether or not balance can be restored after symptoms appear. Think, for example, of normal immunologic milestones such as chicken pox or measles. Contrary to current medical thinking, these are not undesirable events. They are opportunities to hone the defensive skills of the immune system. By contracting and recovering successfully from illnesses of this nature, the immune system becomes stronger and more resilient. The life force is challenged, prevails, and grows and matures as a consequence.

On a more profound level, we can think of illness as both an impediment to and a catalyst for growth of consciousness. When the life force gets bogged down with chronic illness, it must expend additional energy compensating for and coping with its condition. That leaves less energy to deal with life's everyday demands. The consequence can be a slowing down of the maturation process. Psychological growth is harder to come by. Awareness is limited because extra effort is spent managing the pain and suffering that comes with illness. When chronic illness lasts for years it can serve as a significant roadblock to personal development.

On the other hand, the great paradox is that psychological growth is less likely to occur without a catalyst to encourage it. In this sense, suffering and illness are important factors that contribute to greater human consciousness. The critical determinant is how we manage to deal with the crosses that we must bear.

Medical therapies that combat symptoms have a distinct tendency to increase the likelihood that one will remain bogged down, stuck in place so to speak. Life's stressors are inevitable. Symptoms act as indicators that change and adaptability are required. When the life force successfully adapts, symptoms resolve and lessons are learned, regardless of whether we are fully conscious of those changes or not.

While pharmaceuticals can reduce pain and suffering in the short term, they often prevent the life force from restoring homeostasis. Suppression works at cross-purposes to the life force's natural inclinations and, in doing so, encourages chronicity of illness, thus making it more likely that growth of consciousness will be difficult to achieve.

Perhaps one of the greatest joys of being a homeopathic physician is having the privilege to witness the changes that take place as a consequence of a well-chosen homeopathic medicine. It is commonplace for patients to report back with personal epiphanies or revelatory dreams that teach them something profound regarding their struggles and the way in which those struggles contributed to their illnesses. Such insights are far from coincidental. They are a direct consequence of the freeing-up of the vital force.

In this sense, illness is nothing more than an indicator that there is a bioenergetic bottleneck, an obstruction to consciousness that needs tending to. Homeopathy does not just relieve pain and suffering. The dynamic action of a well-chosen homeopathic medicine can restore physical health and emotional balance, renew vitality, and promote greater awareness. 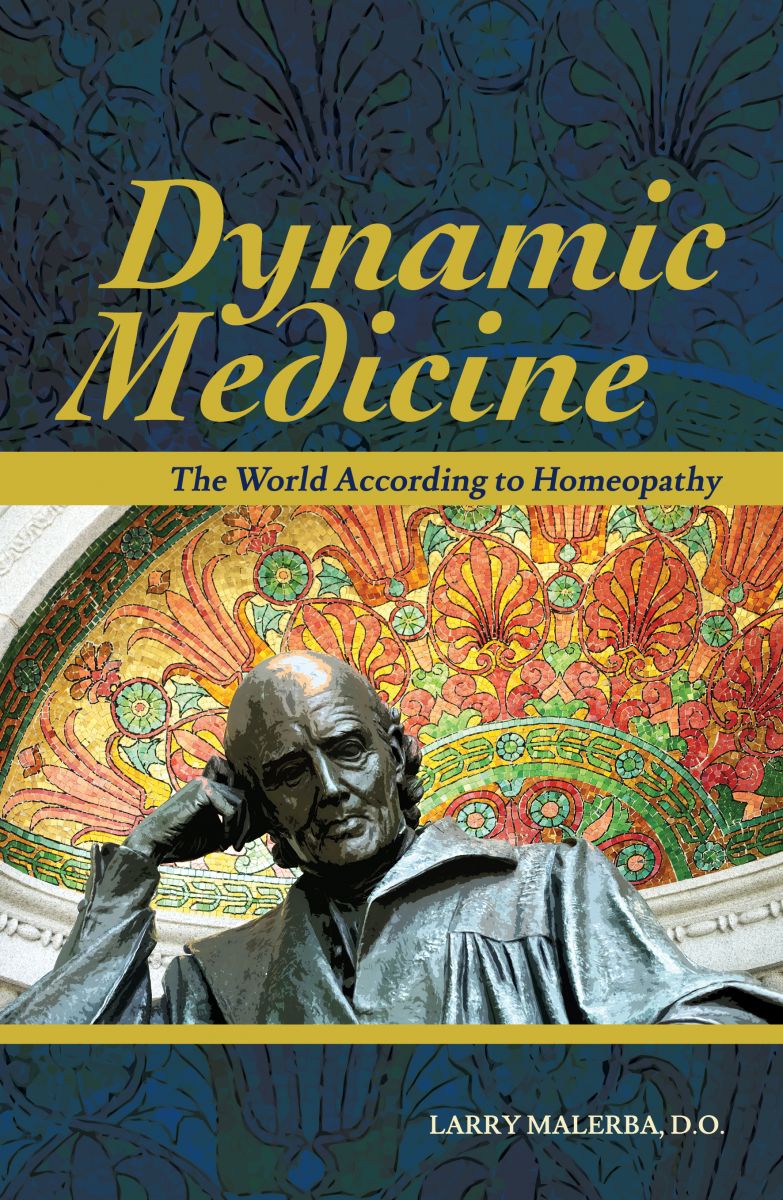 Get your copy of Dynamic Medicine: The World According to Homeopathy today! 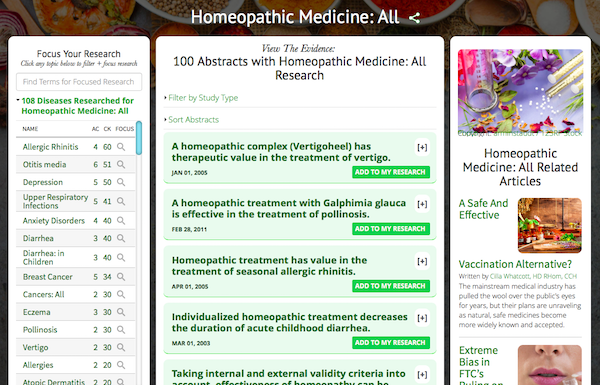