Imagining a 5G Future: Where Fantasy Does Not Meet Reality 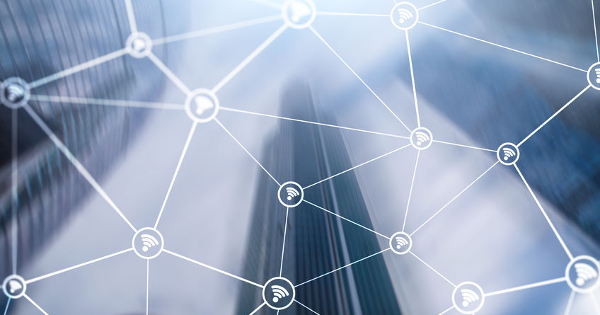 Is the next generation of wireless the last? While industry says 5G is the promised land, concerned citizens say it's an impending global catastrophe

Spend two minutes on any telecommunications website, and you'll quickly discover (in blazing fast speed, if you're lucky) that 5G is poised to save humanity from impending doom, while ushering us all into a symbiotic, utopian society.

Qualcomm, a global leader in technology innovation, claims that 5G, or fifth-generation wireless technology, "will elevate the mobile network to not only interconnect people, but also interconnect and control machines, objects, and devices." With promises of 100% faster data rates, 10-year battery life, and network latency reduced to 1-10ms, industry's expansive vision of a 5G world is seamless, boundless, and sci-fi chic. This pristinely sleek interconnected matrix will purportedly power a burgeoning digital economy, integrate humanity and artificial intelligence, and ultimately, transform our lives for the greater good.

It's amazing that the next generation of wireless technology could hold these magical keys to unlock universal bliss, collective prosperity, and world peace. 4G certainly didn't promise such riches. I guess we've come a long way in a single "G."

But grandiose prophecies aside, just how pristine and sleek is our 5G reality?

Ericsson, a key player in setting the 5G requirements and standards for this new eco-system, forecasts by 2023, we will see 9 billion mobile subscriptions, 1 billion 5G subscriptions, 20 billion connected IoT devices; with 75% of all mobile data traffic dedicated to video, and 20% of the global population covered by 5G. But all of this requires a massive infrastructure buildout of what industry terms "small cells" to be installed on street lights, utility poles, building facades, bus stops, and trash cans in neighborhoods and cities around the world. The CTIA (Cellular Telecommunications Industry Association) projects that 80% of all future infrastructure deployments will be small cells, reaching 800,000 small cells in the U.S. by the year 2026 (there are 154,000 cell towers today).

At the local, state, and federal level, new legislation and new zoning laws aim to streamline the installation of these 5G "small cell" antennas in public rights-of-way. The FCC's 5G Fast plan overrules community authority at almost every level, requiring cities and states to approve new 5G antennas within 60 or 90 days, while setting limits on the siting fees that localities may charge carriers. In response, the U.S. Conference of Mayors issued a statement strongly opposing the federal usurpation of local and state government property rights. Two dozen cities, including San Jose CA; Huntington Beach, CA; and Seattle, WA, have filed law suits against the FCC, over these controversial rules.

So how's all this 5G romanticism really going down in cities and towns across the nation?

Miami: On the Frontlines of the Grotesque 5G Rollout

In Miami, Florida, the scene is less than ideal. According to a report in the Miami Herald, residents have been spotting unsightly and clunky three-foot long black cylinders and cables hanging from trees, haphazardly strapped to utility poles with caution tape, resting on front lawns, and sitting on sidewalks. With new concrete poles going up around the city; black splice cases strewn about on the ground or attached to trees; and stray wires and cables dangling from powerlines and out into public walkways, it appears to be a blundering state of disarray.

These random containers, along with nests of wires and cables, present more than just an aesthetic blight to the community. It's really a question of safety. Does this half-installed equipment represent an electrical danger? Can residents be certain that these exposed wires are not yet live? What about the safety of children and animals at play? Or the potential for unsuspecting residents to trip and injure themselves on this obstacle course? Or ensuring accessible sidewalks for those in wheelchairs and walking baby strollers? And this is all toward the goal of … what exactly? Strapping on a VR visor for an immersive shopping experience at your favorite downtown retailer?

In a follow-up September 5, 2019 Miami Herald article, Miami-Dade Commissioner Eileen Higgins is quoted as saying, "It's a 5G fiasco… Downtown is the epicenter of a land grab by the telecommunications companies… There's no respect for residents, businesses, art in public places or our history… It's a mess and it's coming to your neighborhood next. Get in front of every building you can."

On May 7, 2019, Miami county commissioners voted unanimously to permit AT&T, Verizon Wireless, and Crown Castle Fiber to attach small cell antennas to county property on public rights-of-way, including wood and metal poles, utility cables and streetlights. Their goal is to bring 5G wireless to Miami in time for Super Bowl LIV in February 2020.

An article in Miami Today cites, 'Because they transmit at shorter distances than the larger traditional cell towers, small cells must be no more than 300 feet apart to work properly. That means many will have to be installed over the next 10 months to meet the Super Bowl deadline." In order to accomplish this, the Miami Transportation and Public Works department has been working with the telecoms in "an ongoing process probably for about four years" to streamline and expedite the review processes.

According to CNet, Verizon CEO Hans Vestberg called the project "a key moment in our partnership with the NFL." But the NFL's football fantasies are just one niche in the exponentially growing list of industries that will profit from 5G and IoT. No wonder Qualcomm cites 5G as a $12.3 trillion opportunity in economic growth.

But what about public health? Should caution and science be thrown to the wind simply so fans can interact with a life-size, digitized Tom Brady as he throws his 577th touchdown pass?

As such, citizens around the world have been protesting the 5G rollout, citing a mounting list of health and privacy concerns. With growing awareness of the health impacts of wireless telecommunication technologies and the neighborhood densification of small cells, communities are starting to organize, and policy makers are starting to take action. Many cities and towns across the United States have already issued resolutions and ordinances calling for further research in advance of new infrastructure deployment.

On April 3, 2019, the commissioners of Hallandale Beach, Florida passed a resolution urging the state legislature and federal government to initiate a study of the health effects of small cell towers built to accommodate 5G technology and to develop installation guidelines protecting the health and welfare of residents. This is the first such resolution passed in the state of Florida addressing 5G.

Carolina Lavayen, founder of Stop 5G Florida, worked with Commissioner Michele Lazarow once she noticed new cell towers were being installed in residential areas as well as city streets without public consent or notice to residents. Lavayen explains,

"We are being bombarded with electromagnetic frequencies and radiation that we cannot see with the naked eye. Already 4G is causing major biological havoc on all life including humans, animals, insects, trees and our crops. Man-made frequencies disturb our cells' natural electrical communication system. The planned 5G world-wide wireless network is pushing this issue to a whole new level of saturation with cell towers approximately every 300 feet, and with everyone eventually upgrading to 5G-compatible devices. 5G is a wake-up call to take action: stand up for our basic human rights and learn how to best thrive in our ever-developing, telecom-controlled, electro-polluted ecosystem."

In Marin County, California, several communities are actively engaged in encouraging elected officials to pass ordinances that protect cities and towns from the adverse effects of 5G technology and to help maintain local control and decision making. A safe technology activist in Marin explains,

"It's important to build relationships with your local government. Find out who is in charge of decision making on this issue, whether that's the mayor, staff, or the town council. Meet with them one-on-one. Talk to them about your concerns, and share that they can easily create strong legislation that is legally defensible, focused on many factors in addition to health, and they do not have to be afraid of the FCC. Their ability to maintain local control and represent the interests of the public is critical. Tell them that there are precedents and examples of protective ordinances in other communities and provide examples. Remind your elected officials that have taken an oath to uphold the U.S. and State Constitutions, and in doing so, protect the health, well-being, and privacy of the community. Ask them how they are going to protect you."

Several state representatives have spoken out to demand the FCC provide evidence of safety, including Senator Richard Blumenthal (CT) and Representatives Anna G. Eshoo and Jackie Speier (CA), Thomas Suozzi (NY), and Peter A. DeFazio (OR). Americans for Responsible Technology has launched the 5G Crisis "to call on wireless companies (Verizon, Sprint, AT&T and T-Mobile) and their sub-contractors (Crown Castle, ExteNet Systems and other antenna installers) to suspend the deployment of small cell wireless antennas near places where people live, work and play until such time as their technology can be made safe for everyone." Around the U.S., communities from Bethesda, Maryland, Long Island, New York, Asheville, North Carolina, to San Diego, California, and Kauai, Hawaii have held protests to halt 5G.

Globally, international actions are also underway, with a spotlight thrown to Brussels, the first major city to halt the deployment of 5G due to health effects. As of September 2019, more than 240 scientists from 42 nations have signed The 5G Appeal which calls for a moratorium on the rollout of 5G. The Appeal asserts that, "5G will substantially increase exposure to radiofrequency electromagnetic fields (RF-EMF) on top of the 2G, 3G, 4G, Wi-Fi, etc. for telecommunications already in place. RF-EMF has been proven to be harmful for humans and the environment." In addition, international protests have been held from Israel to Switzerland, Spain, Italy, Ireland, the UK and Australia.

While on the surface 5G appears to be a flashy new technology capable of rendering obsolete any vestiges of disconnection, inefficiency, and boredom, what nonetheless lurks beneath is a battleground between local versus federal governance, an epic corporate power grab, and a culture of surveillance capitalism. Add to this the overarching violation of human rights, along with blatant disregard for both public health and environmental protection… and sure, let's pretend lightning-speed video streaming is tantamount to all existential concerns.

Before we get lost daydreaming about a fantastical 5G future, perhaps we should take a long hard look at the harsh reality of our flawed pre-5G present. The fifth generation of wireless technology hasn't come to full fruition yet. The question is: should it?

Get access to all 40 talks immediately (for 7 days) at our new evergreen portal for the 5G Crisis Summit! https://the5gsummit.com/7-day 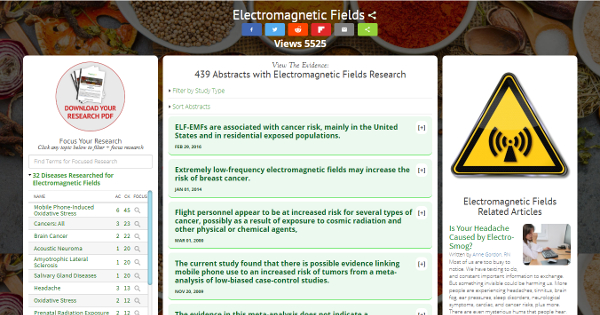 Alison Main is a writer and journalist covering the dynamic interplay between environmental health and public health, as well as the convergence of digital and artificial technologies with the evolution of humanity. She has been published in Southern Living Magazine, Craftsmanship Magazine, Paleo Magazine, Best Self Magazine, Notre Dame Magazine, and other print and digital media. Also a published nonfiction essayist, Alison explores topics of existential interest through personal memoir. Her website is www.alisonmain.com.