Impending Doom: Could Omega-3s be Virtually Wiped Out by 2100?

Views 13
Posted on:
Tuesday, October 8th 2019 at 11:30 am
Written By:
GMI Reporter
This article is copyrighted by GreenMedInfo LLC, 2019
Visit our Re-post guidelines 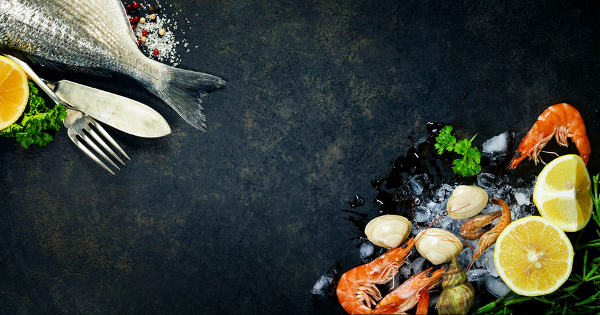 The year 2100 might still be a few decades from now, but along with it comes the likely disappearance of a naturally occurring essential omega-3 fatty acid if climate change continues unabated

Docosahexaenoic acid (DHA), the most abundant omega-3 fat found in the brains of mammals, plays an important role in bodily processes that include cell survival, neural development and protection, and anti-inflammation. By year 2100, a staggering 96% of the world's population might no longer have sufficient access to DHA, warned a study recently published in the journal Ambio.[1]

The news proves ominous in light of the fact that humans cannot produce enough DHA on their own. Instead, they rely on getting the nutrient from a diet of fish and seafood, as well as supplementation. This omega-3 is primarily produced by algae along with biochemical processes that are highly sensitive to temperature changes brought about by a warming planet.

Using data from the Sea Around Us project database and the United Nations, Canadian scientists developed a mathematical model to prove the potential decrease in available DHA in the face of various climate change scenarios. They discovered that declining DHA production, paired with an explosion in global population, could result in 96% of humans losing adequate access to DHA from domestic fish production.

This means 10% to 58% of available DHA worldwide could be lost in the next 80 years.

By 2100, people in countries such as Greenland and Norway, which enjoy relatively large fish production and low populations, will still likely get the daily recommended dose of 100 milligrams. The largest East Asian and Southeast Asia like Japan and China, along with most African nations, could see their DHA production plummet below the threshold for the recommended dose.

Bearing the brunt of the mass-scale DHA loss are "vulnerable populations and periods of human development, such as fetuses and infants, and may also affect predatory mammals, especially those in Polar Region," noted the researchers.

Interestingly, the greatest DHA declines were predicted in freshwater areas, which are projected to suffer larger rises in temperature compared to the oceans.

The Omega-3 Difference in Your Health

Omega-3 fats have long been hailed for being an integral part of cell membranes throughout the body, affecting the function of the cell receptors in those membranes.[2] They are a crucial starting point to create hormones that regulate functions such as blood clotting and inflammation, and they can also bind to receptors in cells tasked to regulate genetic function.

Likely because of these actions, omega-3s have been linked to so many health benefits. According to clinical studies, oral fish oil supplementation has benefits against rheumatoid arthritis, some cases of asthma, high blood pressure, and sudden cardiac death.

Omega-3 intake has also been associated with reduced mania and depression among juvenile patients of bipolar disorder, as well as offers a therapeutic effect in children with attention deficit and hyperactivity disorder. A May 2019 study published in the journal Brain Science concluded that intake of omega-3 fatty acids is lower in children with ADHD.

The unfortunate reality is that the human body cannot sufficiently produce omega-3s on its own. This is why these are called essential fats, meaning the body cannot produce them from scratch and must obtain them from food.

Certain habits and medications, too, can counteract omega-3 fats' beneficial effects. Research indicates, for instance, that cholesterol-lowering statin drugs may interfere with the heart-protective effects of omega-3s in those taking them.