Implanted: The Myth Of The Cancer-Free Breast Implant

Views 6624
Posted on:
Thursday, January 12th 2012 at 3:45 am
Written By:
Sayer Ji, Founder
This article is copyrighted by GreenMedInfo LLC, 2018
Visit our Re-post guidelines 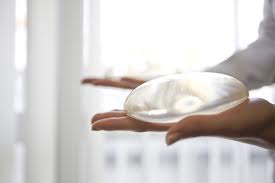 While global media attention presently fixates on the increased risk for rupture within silicone-filled breast implants manufactured by the French company PIP, other less well known, but nonetheless serious health risks associated with implanting silicone-based capsules into the breast are not even being discussed

According to conventional sources like Mayo Clinic, saline and silicone breast implants pose similar risks, including

Mayo Clinic, however, neglects to mention some of the more serious and common health risks associated with breast augmentation, which include autoimmune diseases, cancer, and psychological disorders.

Regardless of whether saline or silicone filled, all breast implants on the global market today are composed of a silicone elastomer "capsule," which is the encasing membrane of the implant. The materials used to create the capsule are biologically alien to the body, are often coated in highly controversial nanoparticle silica, and result in rejection by the immune system in up to 11.4% of all cases.

This is known as "capsular contracture," which is commonly defined as an "abnormal" immune response to foreign materials in the body, and is a reaction serious enough to require surgical intervention in the majority of cases. Capsular contracture may also indicate the commonality of low-grade bacterial infections that opportunistically emerge from the implant procedure or the implants themselves.

There are also less acute autoimmune conditions that have been linked to breast implants, which include fibromyalgia, chronic fatigue syndrome, and rheumatoid arthritis. These are harder to define, treat and link directly to breast implants, but the research supporting a causal connection is accumulating on the topic.

Another serious and commonly over-looked "side effect" of breast implantation is the increased risk of cancer, including brain cancer, bronchial cancer, skin cancer (non-melanoma), lung cancer, cervical cancer and vulvar cancer. There is also a distinctive implant-associated cancer called 'primary anaplastic large cell lymphoma,'2 which can be deadly and is increasingly being reported in case studies. These cancer findings are not surprising considering that animal experiments dating back to the mid-twentieth century demonstrated that foreign body implantation of many materials, including silicone, can induce sarcomas.1

Unfortunately, these very real causal connections between breast implants and cancer have been obfuscated in favor of the industry wide promotion of the concept that breast implants 'reduce the risk of breast cancer,' which while finding support in several studies,* has also been disproven in others.

In fact, Susan G. Komen, the self-avowed expert on breast cancer risk, heavily reinforces the public perception that breast augmentations and/or reconstructions are categorically safe when it comes to cancer risk by focusing on the positive implant-breast cancer research, to the exclusion of breast implant associated cancers at all other sites, which are known to be significantly elevated.

Sadly, Susan G. Komen's irresponsible focus on the lack of harm associated with breast implants may boil down to the fact that it is far harder to sell women on the decision to treat potentially benign x-ray mammography detected cancers such as DCIS/LCIS on the aggressive and invasive standard of care, which includes mastectomy, lumpectomy, radiation, chemotherapy and follow-up hormone suppressive therapies such as Arimidex and Tamoxifen -- the two blockbuster drugs produced by the founding sponsor of Breast Cancer Awareness Month, AstraZeneca.

There is another serious problem with breast augmentation, which is the psychological problems associated with their use. A study published in the journal Current Psychiatry Report in 2010, which looked at five large epidemiologic mortality studies found that women with cosmetic breast implants suicide mortality doubled. The study also looked at the preimplant psychiatric disorders which more commonly afflict women who choose cosmetic breast implants, which included: "eating disorders," "body image dissatisfaction," and "depression."

Ultimately, it would behoove those who would undergo breast implantation surgery to consider the unintended, adverse health consequences -- some of which are life-threatening -- that are not being accurately communicated to them through both profit and non-profit health organizations.

*If in fact breast implant is associated with a lower incidence of breast cancer, it is probably due the traits of women who tend to choose breast implants, e.g. lower body mass index, lower fat content in breast, than the surgery or implant itself.