The Invention of an Epidemic 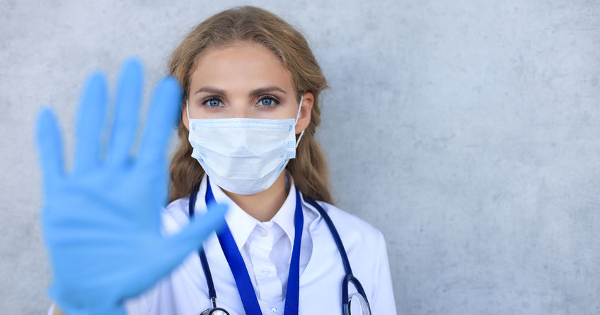 Faced with the frenetic, irrational and completely unmotivated emergency measures for a supposed epidemic due to the corona virus, it is necessary to start from the declarations of the CNR, according to which not only "there is no SARS-CoV2 epidemic in Italy", however, «the infection, from epidemiological data available today on tens of thousands of cases, causes mild / moderate symptoms (a kind of flu) in 80-90% of cases. In 10-15% pneumonia can develop, the course of which is however benign in the absolute majority. It is estimated that only 4% of patients require hospitalization in intensive care ».

If this is the real situation, why the media and the authorities are working to spread a climate of panic, causing a real state of exception, with serious limitations on movements and a suspension of the normal functioning of living and working conditions in entire regions?

Two factors can help explain such disproportionate behavior. First of all, there is once again the growing tendency to use the state of exception as a normal paradigm of government. The decree-law immediately approved by the government "for reasons of hygiene and public safety" results in a real militarization "of the municipalities and areas in which at least one person is positive for whom the source of transmission is not known or in any case in which there is a case not attributable to a person coming from an area already affected by the virus infection ". Such a vague and indeterminate formula will make it possible to rapidly extend the state of exception in all regions, since it is almost impossible that other cases do not occur elsewhere. Consider the serious limitations of freedom provided for by the decree: a) prohibition of removal from the municipality or the affected area by all individuals in any case present in the municipality or area; b) prohibition of access to the municipality or area concerned; c) suspension of events or initiatives of any kind, of events and any form of meeting in a public or private place, including those of a cultural, recreational, sporting or religious nature, even if held in closed places open to the public; d) suspension of educational services for children and schools of all types and levels, as well as the attendance of school and higher education activities, except for distance learning activities; e) suspension of the opening services to the public of museums and other cultural institutes and places referred to in article 101 of the code of cultural heritage and landscape, as per legislative decree no. 42, as well as the effectiveness of the regulatory provisions on free and free access to such institutions and places; f) suspension of any educational trip, both in Italy and abroad; g) suspension of bankruptcy procedures and public office activities, without prejudice to the provision of essential and public utility services; h) application of the quarantine measure with active surveillance among individuals who have had close contact with confirmed cases of widespread infectious disease as well as the effectiveness of the regulatory provisions on free and open access to such institutions and places.

The disproportion in the face of what according to the CNR is a normal influence, not very dissimilar from those recurring every year, stands out. It would seem that once terrorism has been exhausted as the cause of exceptional measures, the invention of an epidemic can offer the ideal pretext to extend them beyond all limits.

The other factor, no less disturbing, is the state of fear which in recent years has evidently spread in the consciences of individuals and which translates into a real need for states of collective panic, to which the epidemic still offers a turn the ideal pretext. Thus, in a perverse vicious circle, the limitation of freedom imposed by governments is accepted in the name of a desire for security that has been induced by the same governments that are now intervening to satisfy it.