Is It Time To Acknowledge Roundup Herbicide As A Contraceptive?

Views 16954
Posted on:
Thursday, July 4th 2013 at 6:00 am
Written By:
Sayer Ji, Founder
This article is copyrighted by GreenMedInfo LLC, 2013
Visit our Re-post guidelines 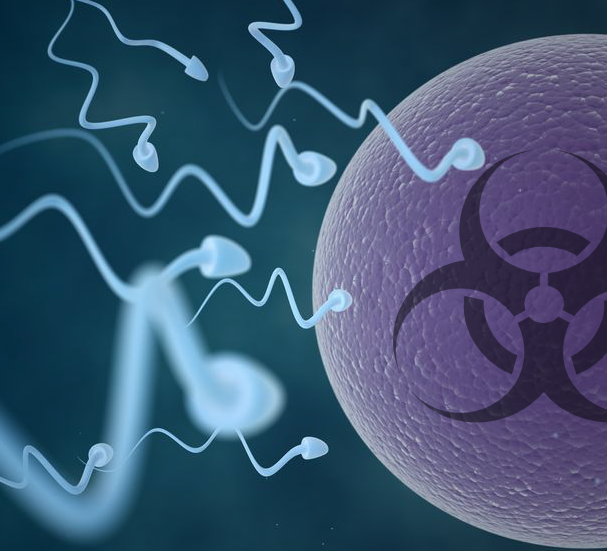 How much longer will we deny the growing body of research linking Roundup to infertility before calling this chemical a contraceptive?

Following closely on the heels of the EPA's decision to allow Roundup herbicide residues in your food at concentrations a million times higher than shown carcinogenic, a concerning new study published in the journal Free Radical Medicine & Biology implicates the herbicide, and its main ingredient glyphosate, in male infertility, at concentration ranges well within the EPA's "safe level" for food.[1]

Performed by Brazilian researchers, the study found acute Roundup exposure at low doses (36ppm, 0.036g/L) for 30 minutes induced cell death in Sertoli cells in prepubertal rat testis.  Sertoli cells are known as "mother" or "nurse" cells within the testicles, as they are responsible for maintaining the health of sperm cells, and are required for normal male sexual development.

Roundup herbicide exposure was found to induce oxidative stress and to activate multiple-stress response pathways within affected cells, and was associated with an increase in intracellular calcium (Ca2+) concentration leading to Ca2+ overload, and cell death.

Thirty minute incubation tests with glyphosate alone (36 ppm) also increased Ca2+ uptake, and both Roundup and glyphosate were observe to downregulate reduced glutathione levels. As glutathione is an antioxidant (electron donor) found within every cell in the human body, protecting it against oxidative stress, as well as maintaining a wide range of biochemical reactions such as DNA and protein synthesis and repair, amino acid transport, prostaglandin synthesis, amino acid and enzyme activation, a dysregulation of glutathione can result in a wide range of adverse effects.

The researchers noted "Glyphosate has been described as an endocrine disruptor affecting the male reproductive system; however, the molecular basis of its toxicity remains to be clarified. We could propose that Roundup® toxicity, implicating in Ca2+ overload, cell signaling misregulation, stress response of the endoplasmic reticulum and/or depleted antioxidant defenses could contribute to Sertoli cell disruption of spermatogenesis that could impact male fertility."

This study adds to a growing body of research implicating Roundup herbicide in male infertility:

Given the growing body of research clearly revealing Roundup's toxicity to the germline of animal species, the argument can be made that this chemical has contraceptive properties and therefore genocidal consequences. By directly affecting the biologically immortal cells within the testes, whose DNA contains over 3 billion years worth of information essential for there being a future for our species as a whole, Roundup should be considered an instrument of mass destruction. At the very least, the precautionary principle should be applied, and any chemical that signals the potential to disrupt or destroy our species' germline cells, should be banned unless the manufacturer can prove beyond a reasonable doubt its safety to exposed populations.

For additional research on the wide spectrum of adverse health effects now linked to glyphosate-based herbicide formulations such as Roundup, view our research articles on GMOs, as well as view and download our free biomedical PDF on glyphosate/Roundup research.