Is Junk Food For The Poor Better Than Nothing?

Views 3522
Posted on:
Tuesday, June 12th 2012 at 2:00 pm
Written By:
Tania Melkonian
This article is copyrighted by GreenMedInfo LLC, 2012
Visit our Re-post guidelines 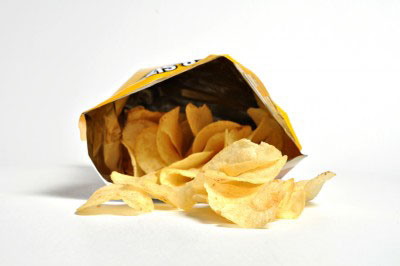 Anyone behind me in line at the supermarket check-out would think me uncharitable.  The cashier asks,'Would you like to donate a meal to the X house for the poor?’  Naturally, it is deliberate that her script obliges that any answer other than an enthusiastic 'Oh, yes please! I would love nothing more!’ renders you instantly a heartless shell of a human.  The supermarket’s bet is that 9 out of 10 people will look sheepishly around them and, if anyone is witnessing their insensitive answers, will succumb to the cashier’s captivating plea.....

At the check-out, as our transaction comes to a close the cashier points behind her at a collage of photos of some of the store’s products displayed neatly to show each one’s label.  She asks as she has on every previous visit, 'Would you like to donate a meal to that poor people place?’  The photos present the shopper with a few options for so-called meals to donate to aforementioned 'poor people’. For $15, the economically (and soon to be nutritionally) disadvantaged can receive the following: hamburger helper with some hamburger (to be helped) and several macaroni and cheese 'kits’ with some semblance of preserved cured meat-like accompaniment.  This basket also includes a vat of diet juice.  $30.00 gets some lucky recipient the deluxe package of instant mashed potatoes, a large jar of Italian-style sauce, a misleadingly plump, white CAFO (concentrated animal feeding operation) chicken, canned mandarin slices and instant whipped topping mix. Hmm.

Here, there are many, many layers of tragedy and injustice.  That none of these ingredients should be considered components of a meal - for anyone regardless of economic status - is just the first. On top of this is the idea any guilt we of the middle class harbor about economic disparity can be mollified by simply 'rounding up’ our grocery bill.  With this little micro-adjustment, we lift our rose-colored glasses to our eyes and rest easy believing we have righted the world by bringing to some nameless family’s dinner table a six pack of hot dogs snuggled up in their enriched white flour buns. If it weren’t for this gesture, these unfortunate folk would have nothing. And all of these helpful grocery kits are better than nothing, right?

At the heart of this ostensibly charitable act is the idea that 'beggars can’t be choosers’. The reality is that we all can and should be choosers. Note the misconception that hunger and food insecurity afflicts the poverty-stricken, the homeless, the unemployed.  US Census Bureau’s figures show us that, in fact, that only 10% of the nearly 49 million Americans that are hungry are impoverished1.  The rest are reflected to have at least one member of the household employed.  Poverty and hunger although related, are not the same.  The benchmark for poverty in 2010 was income of $22,113.00 or less for a family of four.  Whereas hunger is defined as insufficient access to enough food to sustain a healthy lifestyle2 . It should be clear that sustaining a healthy lifestyle is not possible on a steady course of potato flakes and commercial cold-cuts (My bologna has a first name, it’s u-l-c-e-r).

Remember that 49 million figure representing the number of Americans experiencing hunger?  Seventeen million of those are children. I tell my son regularly, that when he is tired or cranky he needs to recharge his batteries with healthy food. This parent’s euphemism is borne out of a sufficient body of research proving children’s brain development is highly dependent on consumption of nutrient dense, healthy, unrefined food.4  By the way, I tell my son he also needs naps to recharge his batteries. That is primarily for my healthy brain development.

There is enough evidence in the research that continuing to feed today’s children foods that come from packages rather than plates will lead to a generation of tired, socially limited, attention challenged adults anchoring our society in twenty years. Knowing this, should we continue to consider the pizza pops a balanced meal? And one fit for 'donation’ to the hungry?  Is the deluxe package of instant this and microwave that and factory raised, hormone injected meat really better than nothing?  If we have the privilege of helping someone experiencing food insecurity, should we not choose more wisely? I believe we should.  So despite the admonishing glare the cashier gives me when I respond to her request yet again with, 'No, not this time’, I will hold my head high and stand by my position that no one-rich or poor-should ever have to eat cheese that comes in an envelope!

In this series, I offer recipes that you can name yourself.  Amend them to suit your dietary predilections and enjoy.  I do urge you to preserve the essence of the recipe, however, and promise that doing so will augment the deliciousness....a lot.

A generalized formula for a nutritionally worthwhile, tasty macaroni and cheese with no involvement of flavor packets:

Get a bowl and half-fill it with pasta*.  That’s one portion.  I’ll list the amounts you need for that serving and you can do the math!

Cook the pasta according to the directions minus 2 minutes. Drain and transfer to a deep baking dish.

Make your cheese sauce. Melt a pat of butter in a saucepan (don’t like butter? Use oil), add one peeled, mashed sweet potato and half a mashed white potato and stir to combine on medium high heat. Add about 1/2 cup of milk (don’t like milk? Use stock) and stir until thickened lowering heat to medium.  Remove from heat and add 1/2 cup of cheese from the animal of your choice (don’t like cheese? Use 1 Tablespoon of nutritional yeast) When your sauce is smooth, pour it over the pasta.  Cover and cook in a 400 oven for 40 minutes.  Combine the following: 1 teaspoon each of turmeric, paprika, ground flaxseed and 2 Tablespoons of ground walnuts. Remove pasta from oven, uncover and sprinkle the top with the nut/seasoning mixture.  Return to oven and broil on high for 3 minutes.

* A word about pasta: Pasta is made from flour.  Whether that flour comes from rice, kamut, spelt or wheat, it is a milled product.  The process of milling, while not eliminating all nutrients does strip the original whole grain of many of its nutritional benefits and raises the glycemic index.  Does that mean we should never eat it?  Millions of Italians (and I too) would say 'hell no!’. It’s delicious and comforting and those qualities in a food provide a different kind of nutrition (see my previous post on this site 'Eat Food You Love, Not Too Much Of It by Yourself...’).  Enjoy!