Lactobacillus fermentum ME-3 A New Frontier in Glutathione Therapy 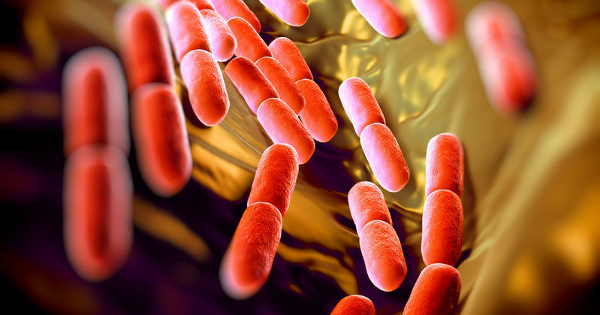 Glutathione is essential to the functioning of each and every cell in the human body, but modern times have made it increasingly challenging for our stores to be maintained at optimal levels. Could a 'good bacteria' called Lactobacillus fermentum help support this increasingly prevalent deficiency?

Lactobacillus fermentum ME-3 (often referred to as ME-3) is a strain of probiotic bacteria that was discovered and isolated at the University of Tartu, Estonia in 1995. At the time, scientists were surveying a wide range of Lactobacillus bacteria, looking for strains that might exhibit antioxidant activity. When ME-3 was tested, it was found to express extremely high antioxidant activity.[1] Subsequent studies revealed that Lactobacillus fermentum ME-3 synthesizes glutathione.

Glutathione, which is made in all cells throughout the body, is referred to as the Master Antioxidant.[2] It is also important for functioning of the immune system[3] and a critical regulator of detoxification in all cells.[4] Because glutathione levels are so important to these major body systems, it has become recognized as a key biomarker of aging.[5]

The purpose of this article is to explain Lactobacillus fermentum ME-3’s remarkable benefits and to summarize the overall importance of glutathione to human health.

Glutathione is composed of three amino acids: glutamate, cysteine and glycine. Glutathione’s power as an antioxidant is due to its sulfhydryl (-SH) group on the cysteine portion of the structure shown above. Glutathione can “donate” the hydrogen proton from the sulfhydryl group, which neutralizes free radicals.[6]

A substantial body of research links glutathione depletion with a greater incidence of many diseases and accelerated aging. For example, it has been reported that low plasma glutathione levels represent an increased risk for cardiovascular disease,[7] diabetes,[8] rheumatoid arthritis,[9] and Alzheimer’s disease.[10]

In addition to synthesizing glutathione, Lactobacillus fermentum ME-3 is also able to recycle oxidized glutathione (GSSG), which is inactive, back to its active state (GSH), which is reduced glutathione.[11]

Glutathione levels have also been shown to parallel telomere length and telomerase activity, which is an important indicator of lifespan.[12] Telomeres have been compared to the little protective plastic tips on the ends of shoelaces. Telomers are repetitive sections of DNA at the end of a strand of DNA that protect chromosomes. Each time a cell divides, the telomers shorten. Low levels of glutathione are associated with an accelerated rate of telomere shortening.[13] Both telomers and glutathione are now recognized as biomarkers of aging.

Glutathione depletion is also associated with progressive loss of mitochondrial function due to mitochondrial DNA (mDNA) damage.[14] In animal studies, protecting mitochondrial DNA from damage is directly proportional to longevity.[15] In a human clinical trial with elderly adults, it was reported that higher glutathione levels are associated with a lower incidence of illnesses and higher levels of self-perceived health. These studies suggest that glutathione levels may be a potential marker of physiological and functional aging.[16]

Glutathione’s antioxidant activity is especially important for systems in the body that have a high rate of metabolic activity such as the immune system[17], nervous system[18], gastrointestinal system[19], and the liver[20].

Lactobacillus fermentum ME-3 also produces the mitochondrial antioxidant enzyme manganese superoxide dismutase (MnSOD).[21] Mitochondria consume over 90 percent of the oxygen used by cells, which makes them especially vulnerable to oxidative free radical damage.[22] In fact, it is estimated that from 1-3% of the oxygen entering the mitochondrial electron transport chain is converted into the singlet oxygen free radical (O2−), which makes it the most abundant free radical occurring in the human body.[23] Manganese superoxide dismutase (MnSOD) is critically important because it is the primary antioxidant that neutralizes the highly reactive superoxide free radical. Because MnSOD constitutes the first line of defense in cells against oxidative stress in mitochondria,[24] it is sometimes referred to as the Guardian of the Powerhouse.[25]

Lactobacillus fermentum ME-3 provides additional antioxidant power because it helps regenerate or recycle other oxidized antioxidants such as vitamin C, vitamin E, lipoic acid and coenzyme back to their active forms. Because Lactobacillus fermentum ME-3 produces two of the body’s most powerful antioxidants, glutathione and MnSOD, it has been shown to have the highest Total Antioxidant Activity (TAA) and the highest Total Antioxidant Status (TAS) of any probiotic tested to date.[26]

Lactobacillus fermentum ME-3 has also been shown to have a positive effect on important cardiovascular risk factors as evidenced by the results from the following 2-week double-blind, placebo-controlled human clinical trial. Subjects taking ME-3 had reductions in oxidized LDL-cholesterol and triglycerides along with an increase in both HDL-cholesterol and paraoxonase. In addition to having antioxidant activity, paraoxonase enzymes are important because they detoxify some key agricultural pesticides.[27] During this clinical trial, the values of these markers all got slightly worse for the placebo control subjects.

Glutathione is also a key regulator of detoxification in all cells, but especially in the liver. Although detoxification clinical trials have not been conducted with ME-3 specifically, scientists conclude that ME-3’s ability to increase glutathione levels will result in improved detoxification.

Glutathione regulates many important detoxification processes including toxic metals such as mercury[28] and cadmium[29], reactive oxygen species (ROS)[30] and a wide range of xenobiotics[31]. Glutathione also gets depleted during the process of detoxifying substances that many people are commonly exposed to such as alcohol[32], artificial sweeteners such as aspartame[33], tobacco smoke[34], and the commonly used analgesic acetaminophen[35].

Organophosphates are one of the most commonly used pesticides worldwide. They are sprayed on commercial food crops and are a primary ingredient in many pesticide and insecticide products used in residential homes and gardens. They are also used commercially in plasticizers, as antifoaming agents in lubricants and hydraulic fluids and flame-retardants.

Lactobacillus fermentum ME-3 upregulates the activity of a paraoxonase enzyme called PON1, which helps detoxify organophosphates.[38] A 2004 report stated the following, “Almost every person is, or has been, exposed to organophosphate insecticides in their home, work or environment.”[39] In a study titled Forth National Report on Human Exposure to Environmental Chemicals, it was reported that 93% of children tested had measurable metabolites of organophosphates.[40] Studies have linked childhood organophosphate exposure a to higher incidence of ADHD[41] and autism[42].

In order to be effective, a probiotic must be able to withstand and survive exposure to the extremely acidic condition in the stomach. Studies with Lactobacillus fermentum ME-3 reveal that it survives at pH values ranging from 4.0 to 2.5 without a loss in viable cell count. Even at pH 2.0, the ME-3 strain survived for up to 6 hours. When exposed to bile acids, ME-3 survived for 24 hours without significant loss of live bacteria.[43] Thus, while testing in the human body has not been conducted, in vitro testing suggests that Lactobacillus fermentum ME-3 can tolerate exposure to harsh acidity in the stomach as well as exposure to bile acids in the small intestine. Hence, Lactobacillus fermentum ME-3 thrives and survives in conditions that simulate the harsh environments of the human gastrointestinal tract. 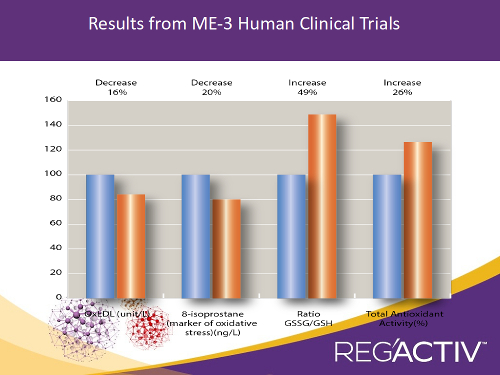 AVAILABILITY OF LACTOBACILLUS FERMENTUM ME-3:

[8] Hakki Kalkan I and Suher M. The relationship between the level of glutathione, impairment of glucose metabolism and complications of diabetes mellitus. Pak J Med Sci. 2013 Jul;29(4):938-42.

[43] Songisepp E. Evaluation of technological and functional properties of the new probiotic Lactobacillus fermentum ME-3. Doctoral Thesis: University of Tartu; 2005.

Ross Pelton is a pharmacist, nutritionist, author and a health educator who is widely recognized as the world’s leading authority on drug-induced nutrient depletions. He was named one of the top 50 most influential pharmacists in the United States by American Druggist magazine for his work in Natural Medicine. Ross is currently the Scientific Director with Essential Formulas.